“Julia was good because she was curious.” —Russ Morash

[~Russell Morash a television producer and director of many television programs produced through WGBH and airing on PBS. His shows include This Old House, The Victory Garden, and The New Yankee Workshop. He also worked with Julia Child to produce The French Chef and other cooking programs, beginning in 1963.]

It is no secret that TSLL is an admirer and finds great inspiration in Julia Child. From podcast episodes to blog posts to dining at the famed La Couronne where she herself ate her first French meal and sharing my experience, each year during the annual French Week, on this date, because it is her birthday, a post is shared to pay homage to Julia Child.

Having thought I had read all of the biographies and memoirs about Julia Child, I was remiss to discover I had not read her authorized biography – THE biography of Julia Child by Noël Riley Fitch which was originally published in 1997, and reissued in celebration of her 100th birthday complete with a new introduction I highly recommend reading, in 2012. Appetite for Life: The Biography of Julia Child is a bohemoth of a biography – 569 pages – but it has to be. Julia Child’s life was vast and full of experiences and delicious details as she worked, came into contact with and inspired so many people.

It was in 1992 that Fitch began her work on the biography that Julia Child fully authorized and is quoted as saying,

“Yes, I would be happy to give you exclusive rights as a biographer . . . in other words, anything you need is available to you—there are no secrets. Your having access to things would not bother me, as long as I don’t have to do anything, Since I am absorbed in my work—as you are too.”

A woman whose home phone number in Cambridge, Massachusetts, was listed and in fact, she would answer and offer her advice to individuals who would call asking for her help. While certainly a different time in society’s history, such openness demonstrates her sincere passion for teaching people how to cook and enjoy what they create.

Tidbits from the biography that caught my eye and made me adore her even more:

While these are just a handful of snippets from the biography that spoke to me, when you choose to read this book, you will begin with her family background, her childhood, her service during WWII and everything that follows. Nora Ephron certainly read this biography as a primary source for her film Julie & Julia, and undoubtedly many others, but from the journals and letters that Julia gave Fitch full access to, if you too are drawn to Julia Child and her legacy, this is a book that will come close to satiated your appetite, but never completely, of that I am certain. There will always be more episodes of The French Chef to watch, episodes of Baking with Julia and cookbooks to read or reread and recipes to try.

So today, here on TSLL, to Julia Child, I say thank you and bon appétit! 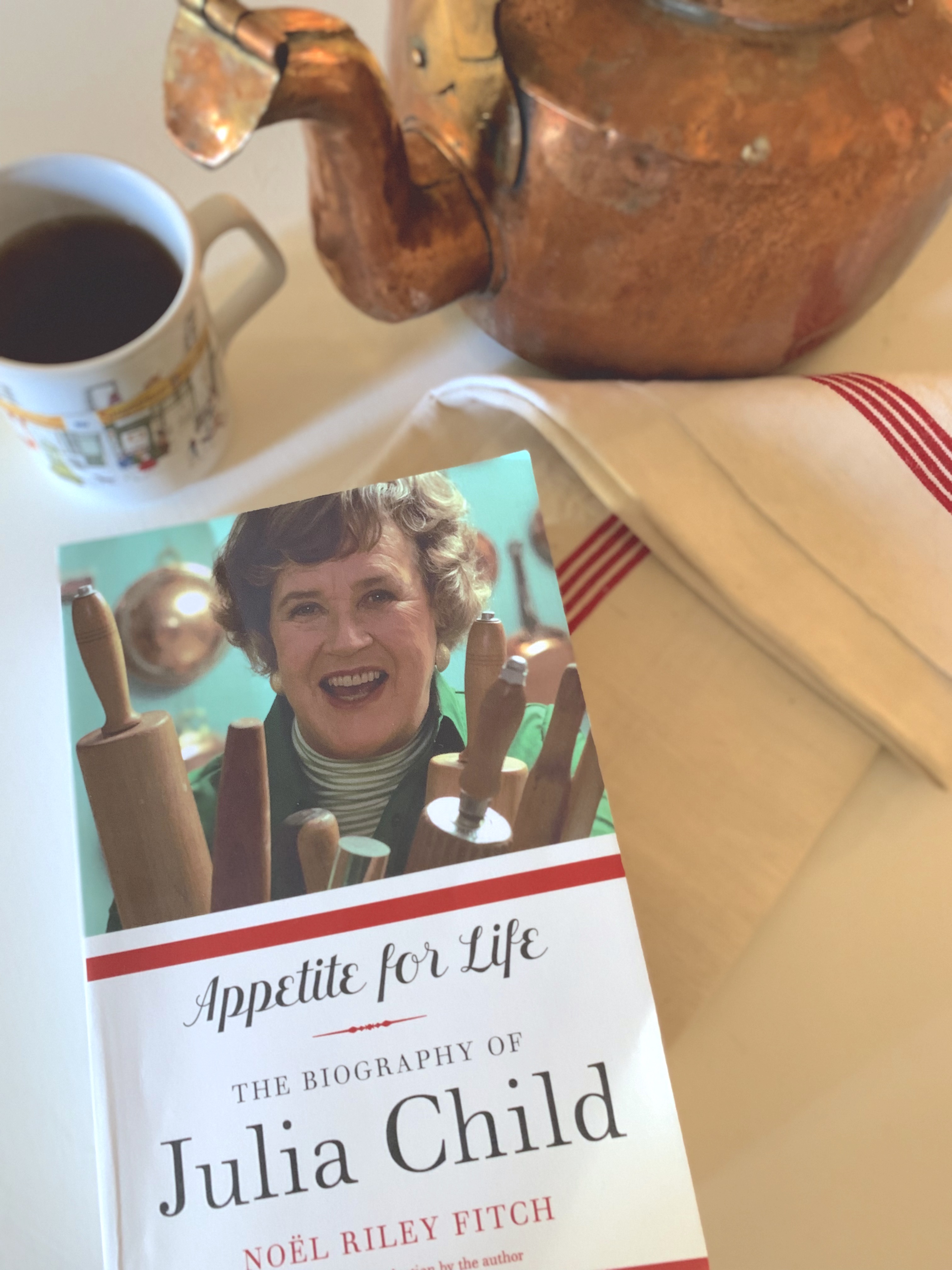 6 thoughts on “In Homage to Julia Child on her Birthday”