The Earful Tower podcast is hosted by Australian journalist Oliver Gee. Kicking off in early 2017, The Earful Tower is a weekly, seasonal show primarily based in Paris documenting Oliver as he learns about all things French.

Currently kicking off his fourth season, he and his bride Lena will be venturing outside of Paris on their honeymoon for at least six weeks, and in fact, their Tour de France (aka Le Tour de Amour) will follow the route that may curiously take the shape of a heart. And yes, they are aware of this fun fact. 🙂

Have a listen to our conversation, get to know Oliver, find out where and how that now quite famous red scooter of his came to be a part of his life, and if he had a motto, what it would be.

Check out The Earful Tower podcast:

Guests Who Stopped By for a Conversation: 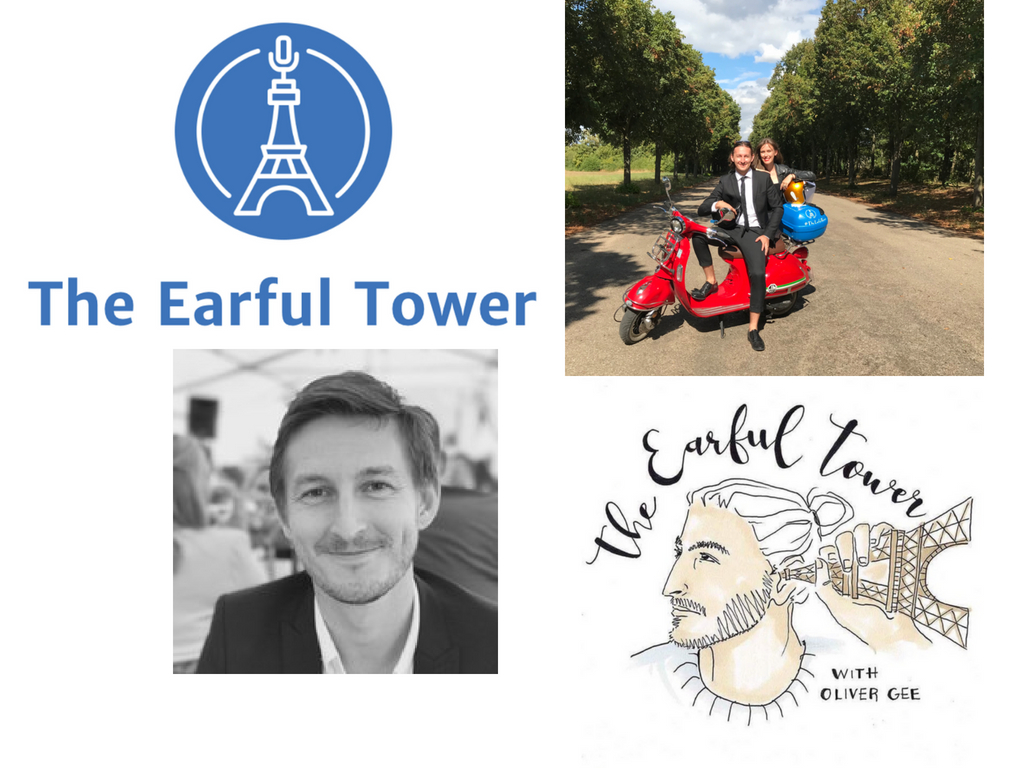 4 thoughts on “222: Oliver Gee of The Earful Tower Podcast”