The irony of watching cozy mysteries is that they actually provide a feeling of peace and closure upon reaching the conclusion of each episode.

As I shared in this post about British cosy mysteries, there is a specific formula such styles (genre – cozy/cosy) of murder story-telling plots follow and viewers trust that it will be adhered to. Murder In . . . , a French mystery series now with eight seasons available on MHzChoice streaming service (you can access it through Amazon Prime as well) takes viewers away to a different geographical location in France with each episode. So technically the title for each episode changes. “Murder in Cognac”, “Murder in the Luberon”, etc. As well the two lead detectives or Capitaines change as well, so you are getting to know new relationship dynamics with each episode.

I have enjoyed all eight seasons, as the most recent season was just released this past January. One extra detail is that some lead characters will return to star in subsequent episodes in later seasons where viewers will continue to see their storylines unfold. Sometimes, but rarely, the actor returns, but they are playing a different role as a different detective/capitaine, but always, paralleling the solving of the mystery, there is a love story between the two lead detectives in some way or another. Often there is a backstory that will be revealed as the two key characters will have known each other previously, but not always. None of the romantic subplots are too syrupy or over-contrived, but as they are made for television, they due unfold rather quickly. However, along with the peace of mind seeing the murder being solved, viewers also have the pleasure of seeing love manifest in a way that buoys one’s spirits if only until they watch the next episode. 🙂

Tune in for 90 minutes with each episode, and enjoy slipping away to France.

Murder In . . . appeared as the Petit Plaisir for episode #323, The Art of Savoring: 6 Everyday Moments to Savor, part deux 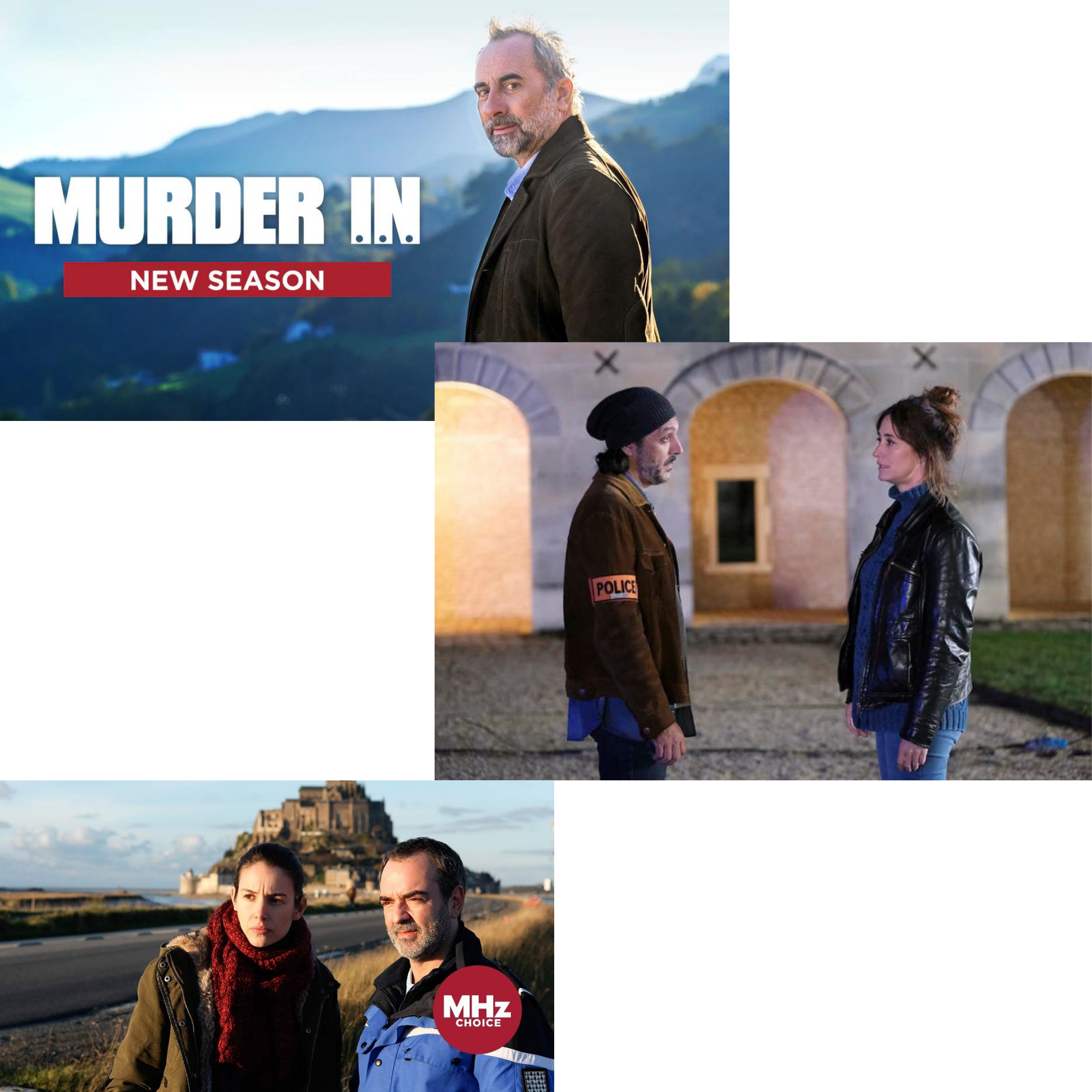