Whether in written or video format, a cosy/cozy mystery has specific “rules” it abides by so the reader/viewer is not shocked or pained. What are those rules? Have a look below:

While Britain has long produced many mystery writers and television series from Sir Arthur Conan Doyle to Agatha Christie to Gladys Mitchell (Mrs. Bradley Mysteries) to more recently Caroline Graham (the creator or Chief Barnaby of Midsomer Murders series fame) and M.C. Benton (Agatha Raisin), it is the cosy mystery that has captured so many viewers around the world.

I will share while I did view and enjoy Sherlock with Benedict Cumberbatch and Prime Suspect with Helen Mirren (and I know many TSLL readers have enjoyed Luther and Broadchurch), I could not watch those episodes more than once as the emotional investment is too taxing. However, I can and regularly do watch many of the British cosy mysteries on the list below as they are just that, cosy, comforting in their own way (apart from the murder ;)) and offer scenes of everyday life (apart from the murder), hilarious scenes in some shows and characters you cannot help but love along with English country villages and towns that are absolutely lovely to peruse whilst I should be paying attention to the plot.

Below is an alphabetized list of cosy British based mysteries I have viewed and enjoyed for one reason or another. I will share that Poirot, Agatha Raisin, Rosemary & Thyme, Miss Marple, Midsomer and each of the Inspector series as well as Shakespeare & Hathaway are at the top of my list and are enjoyed frequently on repeat, but again, each is to my liking and each of us will be drawn to different series for different reasons. Oh, and I adored Mrs. Bradley Mysteries, even though it only had one season.

If you are looking for even more cosy mystery book series and television series, this blog shares a magnificent compliation of them all, alphabetized and ready to explore for your next good read or view.

Interestingly enough, what I also find delightfully entertaining is that many of the actors from one series will appear in a different role or more predominant role in a later and entirely different series. For example, in Mrs. Bradley Mysteries, her “side-kick”, her chauffeur is played by a young Neil Dudgeon (he even poses nude for an art class in one scene) who is the current Detective Chief Inspector John Barnaby in Midsomer Murders. Chief Inspector Lewis is in a Miss Marple murder episode as a very young and obedient police officer. And Matthew Horne who is Agatha Raisin’s colleague and friend from the city plays a small role in a Miss Marple episode “The Secret of the Chimneys”.

Okay, I have revealed I watch quite a bit of British cosy mystery television. Time to let you catch up ;). Enjoy! 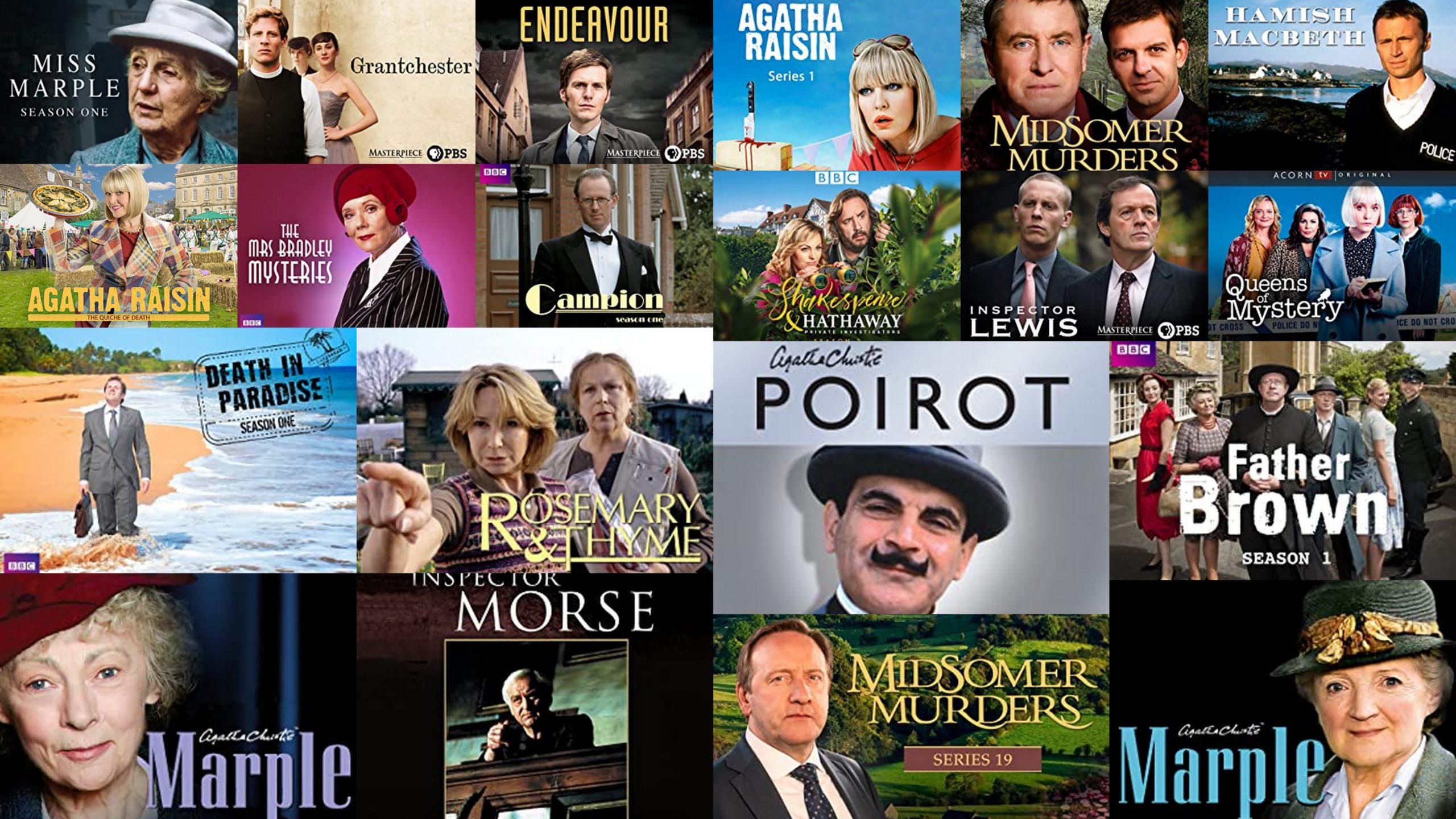