“Certainly she [the single woman] was reviled in the 1950s, in the way all minorities are stigmatized to ratify the choices of the majority.” -Kate Bolick, Spinster: Making a Life of One’s Own

Married or single. There tends to be a battle of defending one side or the other, attempting to prove that one is better than the other. Perhaps it’s the competitive nature of human-beings who feel they must prove themselves and the decisions they’ve made, when in reality, the only reason anyone vocally becomes bristled about their life-decisions is usually because they aren’t truly convinced of what they’ve done in the first place. Ironic, undoubtedly, but more often a reflection that one has followed a path not because it aligned with who they were and what they were passionate about, but rather because they felt it was what they had to do due to societal dictates. And in some ways, making this decision does provoke a euphoria of sorts, more out of relief than anything else, though.

Whenever I think about the noun phrase, societal dictates, I remind myself that I am part of society, we all are part of society. In other words, if we are not comfortable with the societal nudges and expectations, we can wield our influence by doing the opposite or something different. It takes courage, but every society over time has refrained from being stagnant. Change is inevitable. I guess the biggest question is, what type of change or shift do you want to see?

With that in mind, I was impatiently, yet forcibly patient for Kate Bolick’s new book to be released. Instigated by her much-talked-about article in The Atlantic in 2011, “All the Single Ladies“, Spinster: Making a Life of One’s Own was released last week and is already causing fascinating conversation.

Having received an advance copy to review, initially, I bristled at her choice of title, Spinster. Really? Why keep such a negative term alive? Why give the ignorant bullies more ammunition? But then I began to read.

Bolick points out that the term originated in fifteenth-century Europe “as an honorable way to describe the girl, most of them unmarried, who spun thread for living – one of very few respectable professions available to women”. Well, that makes more sense – yarn, spinning, spinster. Okay. But then colonial America had its way with the term, think Puritans. Remember the Salem witch trials? Yep, over the course of the seventeenth century, the Puritans saw an increase of women not marrying, approximately 20%, and out of fear, (but also frustration because procreation was “necessary to build a new population”, and unwed women were more than frowned upon for having sex), these women often were accused of witchcraft because the Puritans felt as though they had lost control of too many young, fertile women. They also inflicted the name spinster upon them giving it a pejorative implication.

Quickly, I began to realize why she had chosen the title: To re-educate society. To reclaim the term. To shed light on the power of the masses when given disinformation.

In the introduction, Bolick concludes with a simple statement that encapsulates the idea of “making a life of one’s own”.

“I built, then, my own kingdom according to my own laws, and when the sun beat down, it beat down only on me, and when my feet acclimated to the freezing water, it was my own resilience that made it so.”

Whether you choose to be single or choose to be married, the word I want to bring your attention to is “choose”. In the very first chapter, Bolick points out some awesome observations about our modern-day society, and she isn’t wrong. The praise or guilt we feel based on the life choices we make to either marry, not marry, live alone or refuse to settle until a partner is worth parting ways with our solitary, blissful journey, should only come from within us, rather than outside of us. However, too often, we live for the praise and run from the guilt or pressure society inflicts and end up making choices that don’t harmonize with our inner voice.

Today I’d like to share three insights that Bolick points out about choosing to be single, or choosing to live the life of an unmarried woman. Along the way, I hope you will discover that it is when we take full responsibility of the wheel that we will begin to charter our course along a path that will sit well with us, each one of us, regardless of onlookers’ comments.

“I wasn’t a woman who needed convincing that she wanted to be alone, but I did need help seeing clearly what that reality might look like, and evidence that there were indeed rewards to be gained if I was bold enough to pursue them – that, as Vivian Gornick had put it, “a world was waiting to welcome me if I was willing to enter it alone.”

Anytime anyone goes against the grain of what they’ve been conditioned to believe or against the crowd in any aspect of living, inner courage is without question required. But as Bolick points out, and as her career pinnacle this year is testament to, following the path that sings to you can offer great rewards and satisfaction.

2. Just Because Society Says So, Doesn’t Mean It Is So

If the image of a 1950s happy family runs around in anyone’s minds as the ideal, they’re missing the big picture. With such a parochial perspective, our modern society tends, as Bolick reminds, to only reflect back 60 years and then stop. While the majority of American women were married (83%) in 1960, this wasn’t always the case. The high point only bested by 2012 (52%) of single women was in 1890 when 34% of women were unmarried, but for some reason, many either are ignorant of this fact or choose to ignore it.

Bolick attributes short-sightedness to a theory that humans lack the imagination to see further into the past than two generations removed because they typically didn’t know anyone who lived during any earlier generation. And while this may be true, it is handicapping, unfairly, the definition of a woman’s (or a man’s, for that matter), role and capability in a society.

3. Heed What Speaks to You

“As a possible self, Maeve [Brennan] embodied my longings – for an independent self, a writer self, an elegant self.”

To assume that all women wish to be single would be an ignorant assumption, just as the previous assumptions have proven to be wrong as well. However, whatever your yearnings are, don’t shush them. Examine them. Where do they originate from? Your upbringing, your religious doctrine, the media that surrounds you, or is it coming from you innately? It takes time to discern the difference. If you answer quickly and have never done the examination, check again. Go deeper.

I can remember fondly as a child enjoying my own company, writing and reading insatiably, enjoying boys’ company as friends, but becoming frustrated that as I grew older that many (not all), wanted a “wife” not me for who I was, which as we all know takes time to get to know for each of us as we are complex individuals.

Perhaps you, like me, are not choosing a single life or a married life, but rather a contented, fulfilling life. And to compromise by cementing your decision either way would be ludicrous. After all, we can’t know who or what opportunity is around the corner and how it will affect us, but we can choose to live authentically, examine our thoughts, take the time to get to know ourselves and have a mind, therefore a life, or our own.

No matter which path we travel or forge, as it may seem at times we are the only one making the life choices we have come to realize is the best direction for our lives compared to our inner circle, there is an amazing benefit to doing so. To refer back to  Bolick’s quote in her introduction, “I built my own kingdom according to my own laws . . . “, an inner strength begins to build, and even though we will run up against obstacles, when we finally master how to navigate around them, we will boost our confidence, and when we achieve the goals we have worked so hard for, we will bask in that sunshine knowing we are indeed capable of what some may say is impossible.

Don’t be limited. Shine. Shine brightly. And work, work very hard. The key is to be the designer of your one and only life. You will thank yourself, the life events that will unfold will be your reward. Savor them. You’ve earned it.

~author Kate Bolick, and the cover of her new book, Spinster~

~Single or Married: 20 Things to Do

~How to Become A Woman Comfortable in Her Own Skin

~As mentioned in A Modern Woman’s Lifestyle Grocery List, episode #28 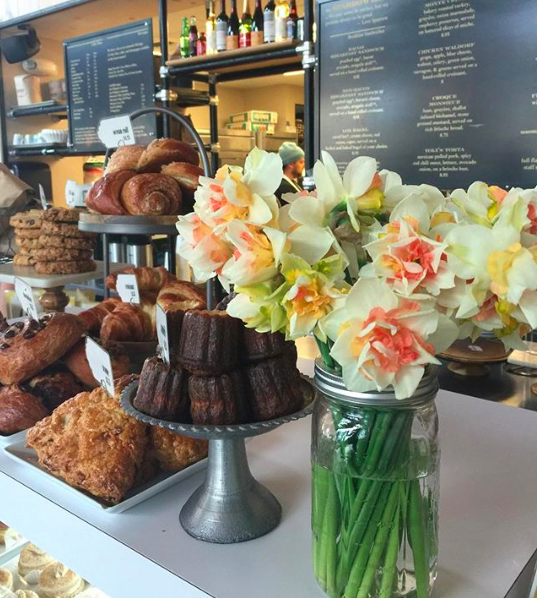