My first bite into a Korova cookie was at the quaint boutique diner Måurice Luncheonette in Portland, Oregon. Unassuming in its appearance – simply a small circular (sometimes square, as Måurice sells them in their display shelf) chocolate shortbread cookie with a sprinkle of flaky sea salt on top. I purchased one during my first visit to the restaurant, and delighted in each of the few bites that it required to devour it. Check out the staff making them below.

Simple, full of chocolate and French. I had to give them a try, and I am glad that I did.

The key with every recipe is quality ingredients, so shop for the best cocoa you can find, butter as well and yes, the flaky sea salt makes a lovely difference as your palate takes in the sweet and the savory all in one bite. The addition of the cinnamon, specifically smoked Saigon cinnamon, is what takes this cookie over the top (Måurice’s special ingredient), but if you only have regular cinnamon, I encourage you to use that to give the cookie an extra layer of subtle heat as well (smoked Saigon will be a bit stronger).

An additional key with this cookie is that it is not meant to be cooked until entirely cooked through. Nope, take it out of the oven when it still looks undone so that it is gooey and soft and just slightly crisp, but not really, only on the edges.

If you want to take this recipe up a notch, finely grind the chocolate pieces you add instead of simply adding bites or small chunks. This will enable for smooth slicing for that perfectly round cookie when the dough comes out of the refrigerator. But don’t worry if the cookies are not perfectly round (witness, mine :)). You can easily mold them together when you put them on the cookie tray. Either way, they will be scrumptious.

Where does this cookie come from you might be wondering? Look no further than France. In fact, the talented French baker and chocolatier Pierre Hermé (check out his cookbooks here and here) gave this cookie the name Korova as it was the name of the restaurant where Pierre created these cookies just off of the Champs Elysées. While the restaurant is no longer open, the cookie continues to be one of his most beloved creations, and American cookbook author living in France Dorie Greenspan is credited for bringing it into wider public knowledge in 2002 in her book Paris Sweets. (Some film buffs may recognize the name Korova from Stanley Kubrick’s classic film A Clockwork Orange (1971) which is a dystopian thriller (not exactly a film I would watch), but in the film, Korova is the name of the milk bar. I have no idea if the film and the restaurant are connected in their naming.)

The next time you are in Paris, I highly recommend you step into one of Pierre Hermé’s shops and pick up a macaron or two or three (the best I have ever had in Paris. Yes, I said it!), some chocolate and just let yourself slip away savoring every bite. In fact, during my trip in 2013, his shop on the left bank was one of the first shops I stopped into and my tastebuds thanked me profusely. Have a look at a few of the images below (they are old, and taken with a less-than-high-pexeled-phone, but the goodness of his food remains).

Now to the recipe. It is simple. You will have the dough made within 10-15 minutes. Then be willing to wait the full hour while they chill in the fridge, but then while they are baking, boil a tea kettle full of water and prepare your favorite hot drink to pair with them. I do hope you enjoy!

Simply Luxurious
A chocolate sablé, a French shortbread cookie. A one-two bite chocolate nibble of an unassumingly delicious cookie, also known as the World Peace cookie, and brought back to fame by Parisian baker and chocolatier extraordinaire Pierre Hermé. The name speaks to the name of the milk bar in Stanley Kubrick’s classic film A Clockwork Orange, and it was also the name of a restaurant off the Champs Elysées for which Pierre Hermé created the cookies. While the restaurant is no longer open, Pierre Hermé continues to be known and makes these delciious treats for his shops.
Print Recipe Pin Recipe
Prep Time 10 mins
Cook Time 12 mins
1 hr
Total Time 1 hr 22 mins
Servings 32 cookies

~View all of TSLL’s Recipes here. 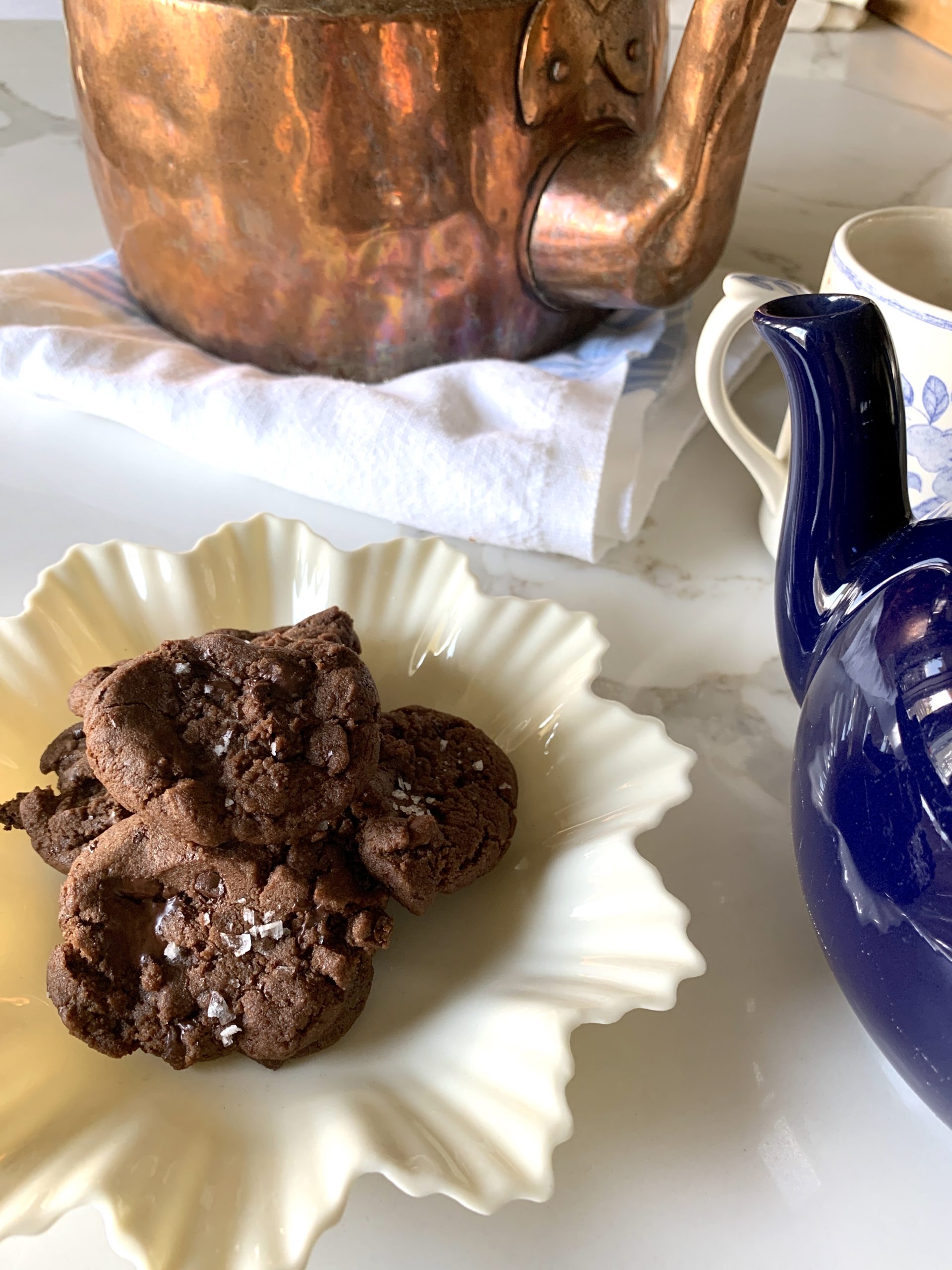 21 thoughts on “The Korova cookie – The Unassumingly Delicious Chocolate Sablé”