Set on the eve of the French Revolution, the film Déliceux begins in the kitchen of an aristocrat in France, and his chef Pierre (Grégory Gadebois) mans the flames along with the large cooking staff to create decadent fare for the spoiled guests entertained at the chateau. In short order, with only one guest’s shared disgust for pomme de terre (potatoes), Pierre is castigated and ordered to apologize for a creation as beautiful as it no doubt was satiating. He refuses and leaves the chateau to live in the countryside, determined to never step back into a role in French cuisine that he has mastered.

Enter Louise (Isabelle Carré), a woman presenting herself as while destitute, determined to be instructed by Pierre, a chef revered in French cuisine. Eventually Pierre relents, and the history (while this is not a true story) is shared of the beginnings of restaurants as we know them today for guests, commoners, everyday people. Without spoiling the ending and Louise’s full story as to why she arrived at Pierre’s country inn to ask for his tutelage in cooking, watching the creation of the entrées is a feast for the eyes and the tastebuds. Some reviewers have likened the gourmand moments to Babette’s Feast. Have a look at the trailer below, and be prepared to enjoy reveling in the beauty as well as delicious fare.

Released in the states in 2022 and in France in 2021, stream the film now for free as an Amazon Prime member here.

Délicieux was the Petit Plaisir for episode #334 of The Simple Sophisticate, 25 Ideas for Celebrating Le Quatorze Juillet (Bastille Day!) 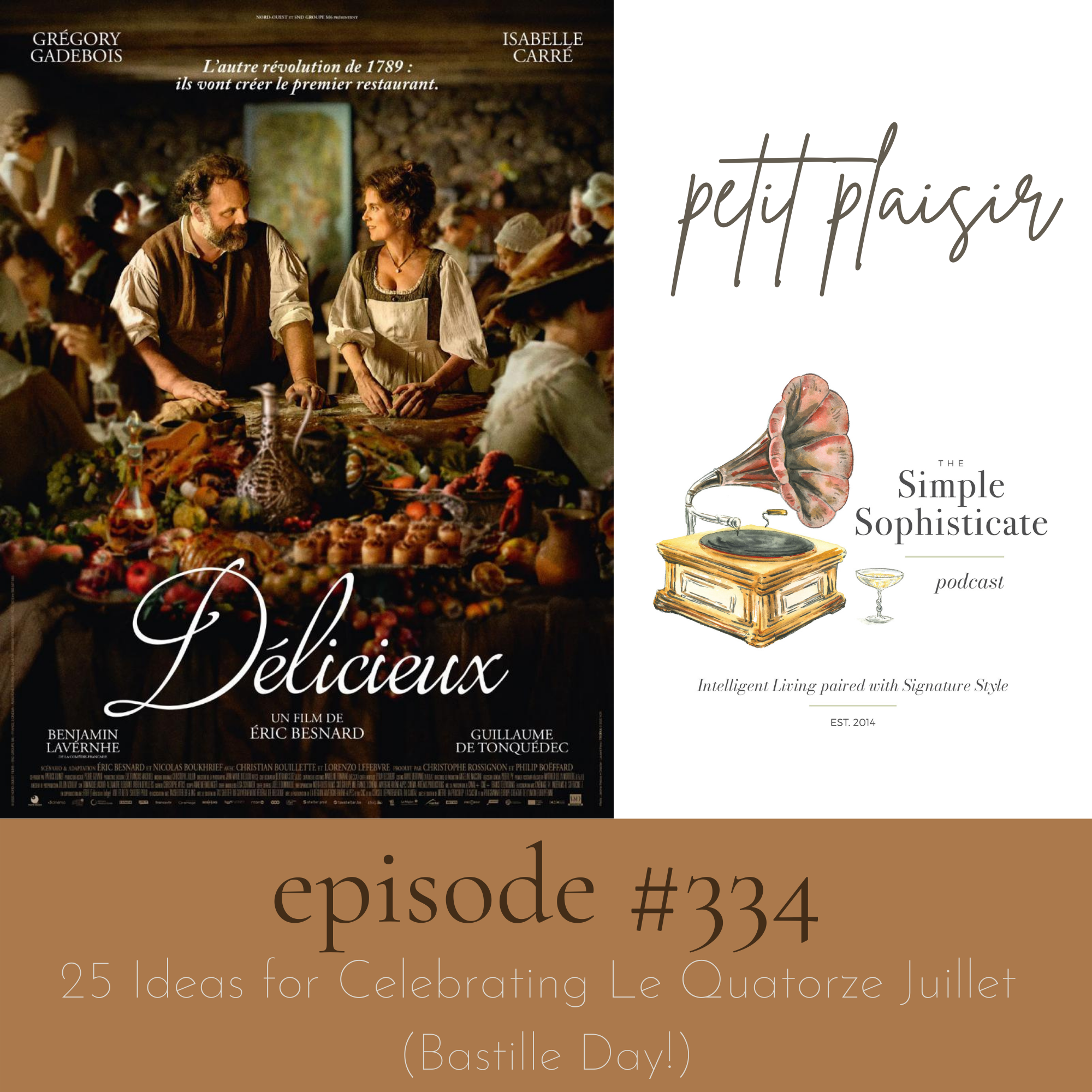