“San Francisco is one of the great cultural plateaus of the world — one of the really urbane communities in the United States — one of the truly cosmopolitan places and for many, many years, it always has had a warm welcome for human beings from all over the world.”—Duke Ellington

In 2002 I began my career in teaching – my first job was teaching 9th grade English in a small town at the bottom of South Lake Tahoe in northern Nevada. And on occasion, maybe two or three, I believe it was two, times I made the four hour drive to San Francisco for long weekends. I found a small boutique hotel near Union Square, walked and drove the hills (becoming more proficient with a clutch than ever before) giving my calves an exquisite workout, enjoyed a delicious brunch at the Empress Hotel with my mentor who showed a bit more of the city to me on a long holiday weekend, as well as drinks at the Top of the Mark, but each of my visits was well before Google Maps and the entire tech sector engulfed Silicon Valley and the city by the Bay, so I wasn’t sure really where to go and just visited as far as my feet and my comfort would take me.
Fast forward sixteen years, and I finally had the opportunity to return to San Francisco.
Since before moving to Bend, it has been on my list of places to visit. After all, it is in many ways the West Coast’s New York City. Understandably, each city is uniquely its own, but having visited Los Angeles, Seattle and many times Portland, Oregon, San Francisco isn’t quite like any other west coast urban destination. In fact, I have to agree with Cecil Beaton,“San Francisco is perhaps the most European of all American cities”. Now, New Orleans certainly is a destination unique infused with French and Spanish cuisine and history, but San Francisco involves more ease and community than any other major urban city I have visited, sports the most delectable food options, offers transportation that is varied and easier than any other American city I have traveled, as well as a temperate climate that is never too extreme in any season. Again this is my opinion, but perhaps Twiggy is right, “I’m just mad for San Francisco. It is like London and Paris stacked on top of each other”.
But I am getting ahead of myself gushing about San Francisco. I’d like to share with you all that we experienced in a mere 72 hours this past week, offer up some recommendations, and perhaps encourage you to either visit or return to the Paris of the West (an old term used primarily in the late nineteenth early 20th century largely because of the three waves of French immigrants arriving in San Francisco beginning in 1849 with the Gold Rush, in 1852-53 when Louis-Napoleon Bonaparte III offering a national lottery of trips to California to rid the country of his intellectual opponents, and a third wave of many women and children as in San Francisco’s early days, the city was comprised of 90% men. In short order, in 1852, six thousand of the city’s 36,000 residents were French).  No wonder I love this city so much. 🙂
I’ve organized today’s episode/post into the three fundamental parts for any trip to any country/city to be most successful. Thinking of it as the tripod foundation of traveling with ease: knowing how to get around to wherever you want to go (transportation), knowing you have a comfortable and safe place to sleep at night, and knowing you will be fed to satisfy your appetite. Where to eat, sleep and get about.
Once these three decisions are made, reserved and settled, I am able to loosen up on the itinerary and also relax and look forward to my trip.
Let’s begin the 72-hour visit to San Francisco. The good news is you don’t have to make your plans too far in advance to still have a wonderful experience. Case in point, for our trip last week, the trip was decided upon in April. Plane tickets and hotel arrangements were made, and then one month prior to the trip, dinner reservations were made as well. The only piece of the three part puzzle was to tend to the on-the-ground transportation, which I had researched, and will talk about more below.

“The coldest winter I ever spent was a summer in San Francisco.”
—Mark Twain
Depending upon the weather you hope to experience, as one of our Uber drivers who has lived in the city for decades shared with us, don’t come in June, July and August and expect traditional summer temperatures. Nope. While there is the rare extremely warm day as there was a couple of weeks ago, the average high in the summer is low 70s – expect the fog to roll in and out throughout the day and if you’re by the bay, the wind will rip through in the afternoon.
If you are looking for the idyllic weather, our driver, after sharing Twain’s quote above, suggested coming in September and October. I quickly took note. The rain will abate in April and not truly return until November. Again, taking the advice of the driver, so readers who live in the Bay Area or who have lived in the area, please do confirm or correct.
Also, we traveled during the work week. The opportunity to arrive on a Tuesday and return on a Thursday was perfect for the pace of everyday life. Nothing was too extremely tourist-laden (there was still an abundance), the evenings were very quiet on the street as we had a street-side window, and traffic at the airport and getting about was as would be expected in any work day scenario – rush-hour, etc.
Whenever you visit, bring layers. One day we both were kissed by the sunshine more than we expected, but in the evening we needed a jacket. My mother packed her light-weight cashmere scarf, which was perfect. I saw many people with scarves. What did I forget, of all things? A scarf. I won’t forget again. It is a city in which to wear a scarf.

How to Get Around Once You Arrive

While my list won’t be long in this section, what I can share with you is where we did stay during our trip and why I highly recommend it. I know it will not fit everyone’s budget nor be what everyone would prefer, but if you are looking for the following, you will be very happy with The Argonaut Hotel on Fisherman’s Wharf:

~wallpaper in the bathroom~

As one Uber driver who has lived in the city for 22 years told us, San Francisco has always had a strong food culture. Boasting 5000 restaurants, whatever type of cuisine you prefer, you will be able to find it. While he couldn’t guarantee it would be delicious fare at every destination, he did note that you can find many wonderful places throughout the city and Bay Area. So let me share with you four places I HIGHLY recommend.

~the dining room for Boullettes Larder (open to the public for breakfast and lunch; private group dinners in the evening)~

~Bouli Bar (open for lunch and dinners for the public)~

~the entrance to Chez Panisse in Berkeley~

~the menus – guests can keep them~

Now it’s time to tailor it what you love

Each one of us who visits San Francisco will come to the city for different and special reason. As I shared in last Friday’s weekly newsletter with subscribers, my visit was all about the food in preparation for The Simply Luxurious Kitchen‘s upcoming second season. And the city did not disappoint. However, there were a few other places we took the time to see and experience, and I’d like to share them below in case you too might be curious to check them out.

~Ghirardelli’s Square in the background, park in the foreground~

With the 72 hour trip nearing an end, we decided to hop in an Uber to take us to the airport as we didn’t want to lug our luggage onto BART amongst the crowds, although, it wouldn’t have been impossible to do, we were just tired. In a swift 30 minute time period, leaving from our hotel, we were at the airport ready to return to Bend.
While I knew we had soaked up every minute of our trip seeing and exploring and eating, we also were able to take a nap each day which for me was absolutely necessary. But even with the naps, I slept deeply and quite more at length this past weekend than I have in awhile. What a pleasure this trip was, and I am thankful it is only a 90 minute flight away. Needless to say, with even more recommendations from readers, and places I look forward to visiting again, I look forward to returning.

“Leaving San Francisco is like saying goodbye to an old sweetheart.  You want to linger as long as possible.” —Walter Kronkite

Be sure to stop by the blog later in the week for a detailed post on Chez Panisse.

~None of this trip was sponsored and all was entirely planned according to my own curiosities and predilections. However, there are some affiliate links.

~A Traveler or a Tourist? The Difference

~Where to Stay in France While Traveling: A Variety of Luxurious Options

~Written and Co-Produced by Mindy Kaling, starring Emma Thompson and Mindy Kaling, John Lithgow, Reid Scott (VEEP)
~Support women in Hollywood to promote multi-dimensional, diversity in age, ethnicity, life-experience and the varied representation of women that inspires women and young girls to be the hero of their own lives and others, not the playmate in someone else’s story. Learn more about the statistics of women in Hollywood. While the numbers are gradually improving, they is progress to be made, and when we go see films that support what we truly applaud and wish to see more of, producers and film executives follow where the money is.

~All images via TSLL, any image with Shannon in them were taken by my mother (thank you Mom!) 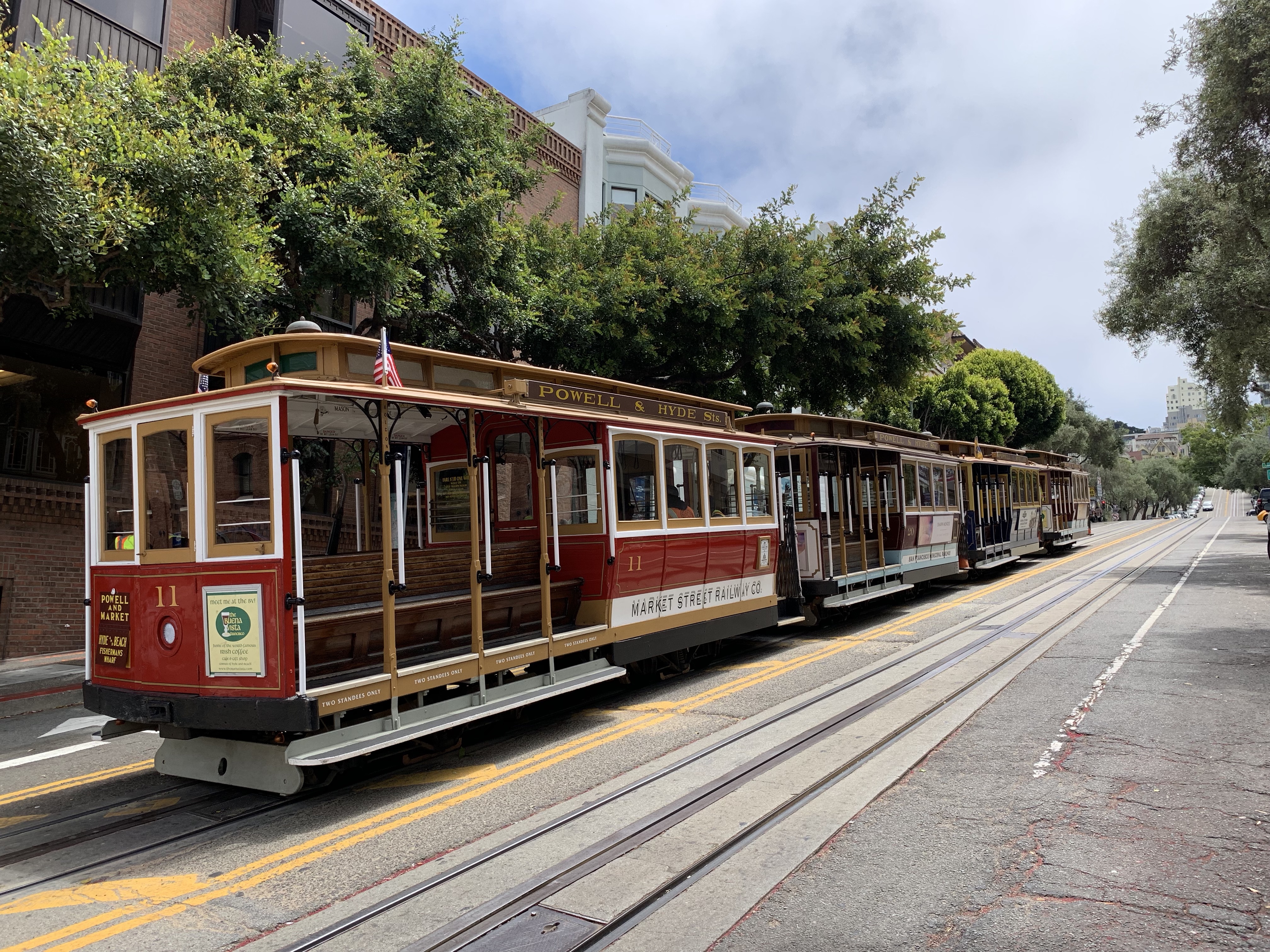