In just one week (une semaine!), TSLL’s fourth annual French Week will begin! And oh my goodness, what a week it will be! I look forward to welcoming you to join me and all of TSLL readers and community as we escape to France no matter where we may call home (psst – no plane or train ticket required!).

But before I share what the week will entail, did you know that every street sign in France has a history? Well, of course you did, because you are a Francophile! 🙂 But let me explain just in case.

Some ancient streets are named for the abbey that was located in that particular neighborhood. Others are named after a legend in politics, literature, science, exploration or the military, or a particular merchant originally selling their wares or offering their expertise on that street in their shop. And we cannot forget that France, especially since the revolution, has highly valued liberty, so you will also see streets named quite directly rue de la Liberté, avenue de la Libération and place de la Résistance, as well as after those who were social reformers, philosophers and writers who played a significant role in acquiring, maintaining and strengthening France’s liberty.

As you can see below, some signs are quite detailed and share the history directly on the sign placard.

Originally, prior to the French Revolution, it was the responsibility of the owner who lived on the corner to engrave a street sign on a carefully specified-sized stone tablet and place for all to see. However, after the French Revolution, all symbols of affiliation with royalty were removed or scratched out.

The classic French street sign made of porcelain (there are still a few around the city) began with Napoleon Bonaparte. “Napoleon Bonaparte was especially keen to have a beautiful nameplate hung on the cornerpiece of all streets. Finally, in the mid-1800’s a porcelain plaque like the ones we see today, was manufactured out of porcelain. The plaques were ordered to be made of white numbers and letters, on an azure blue background, framed in green”.

If you would like to learn even more about this fascinating part of French history and current culture, read France Today’s post “Every Street Sign Tells a Story“. And now to all the details about TSLL’s upcoming French Week! 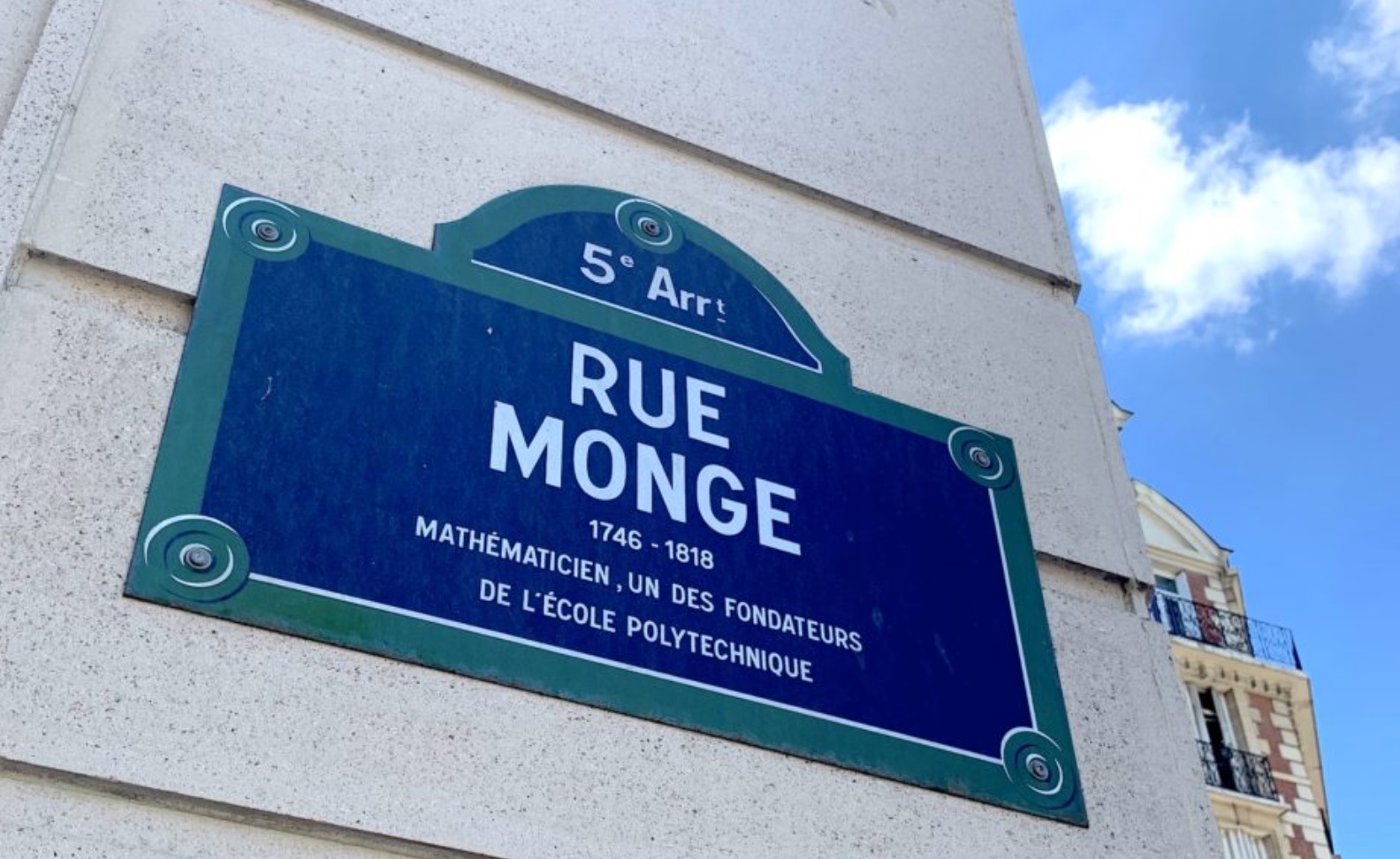 4 thoughts on “French Week 2019 is Coming! (and the history of French street signs)”