Sandra Oh stars in the new comedy series co-created by Amanda Peet, and it is a hit. The Chair.

Typically, the Petit Plaisirs here on TSLL are paired with a new podcast episode (The Simple Sophisticate), but I could not wait to recommend a series as I know many readers and listeners step back into the classroom in a matter of days, weeks and some are already full-swing back into academia, and well, it’s just worth watching and I couldn’t wait to share. 🙂

Already raved about by The Atlantic as the best drama to hit television in years, the reviewers can’t seem to agree which genre it falls into, but they can agree it’s a hit. I am going to call it a comedy as creator Amanda Peet herself shared that her objective “had always been to write a romantic comedy in the vein of ‘Tootsie’ or ‘Broadcast News’. I didn’t set out to take a stand on anything. I meant to truly make an intimacy piece and a workplace romantic comedy like the ones that I love.” (NYTimes)

After watching the first three of the seven episodes in Season One on Netflix, my mind is made up: Watch this satirical comedy centered around Sandra Oh’s character Ji-Yoon Kim who has just been tapped as the first female and woman of color for the English department chair at the fictitious Pembrook University (filming took place at Pittsburgh as well as Jefferson and Washington University).

Subtle, yet sure-handed, the satire strikes at a variety of societal norms currently being challenged when it comes to gender norms, the patriarchy, ageism, social media misinformation, and free speech, and that’s all within the first episode.

Admittedly, as an English teacher for the past two decades, catching the allusions and witticisms by the professors is a treat, especially when they poke fun at areas of heated debate – curriculum, seniority, tenure, etc.. English geek alert? Perhaps, but I come by it honestly. Bring on the Chaucer! But don’t forget contemporary works of art already being canonized such as Ta Nehisi Coates’s insight and courage.

What I appreciate about the creation of the lead character Ji-Yoon Kim (Oh), is their choice to keep her strong. Of course, any protagonist must be flawed in some way, but they don’t give her relationship problems to the extreme. They don’t put her in a secondary seat. They give her respect for her choice to pursue her career, ‘ascend her profession’ as her colleague commends, and take us into her personal life as an adoptive mother experiencing the unrealistic realities put upon mothers who choose to do both, especially single mothers. Of course, the stress and ‘problems’ will ensue as her love-interest becomes embroiled in a problem, even though taken out of context, of his own making.

Oh’s brilliance is her unassuming humor in everyday situations, and as an actress who can dance from drama to suspense to comedy effortlessly, there is no doubt in my mind the series will be back for two, three or more seasons. And I will be watching each one. Check out the trailer below, and enjoy the series now on Netflix. I’m heading back into my living room to watch one more episode, okay, maybe the rest of the season. 🙂

~The Petit Plaisirs will continue to be shared on Monday when a new podcast episode goes live wherever you enjoy listening to your favorite shows, and look for Season 8 to begin September 6th.

The schedule for Season 8 will be shared next Monday August 30th, and I cannot wait to get back behind the microphone after the summer break. 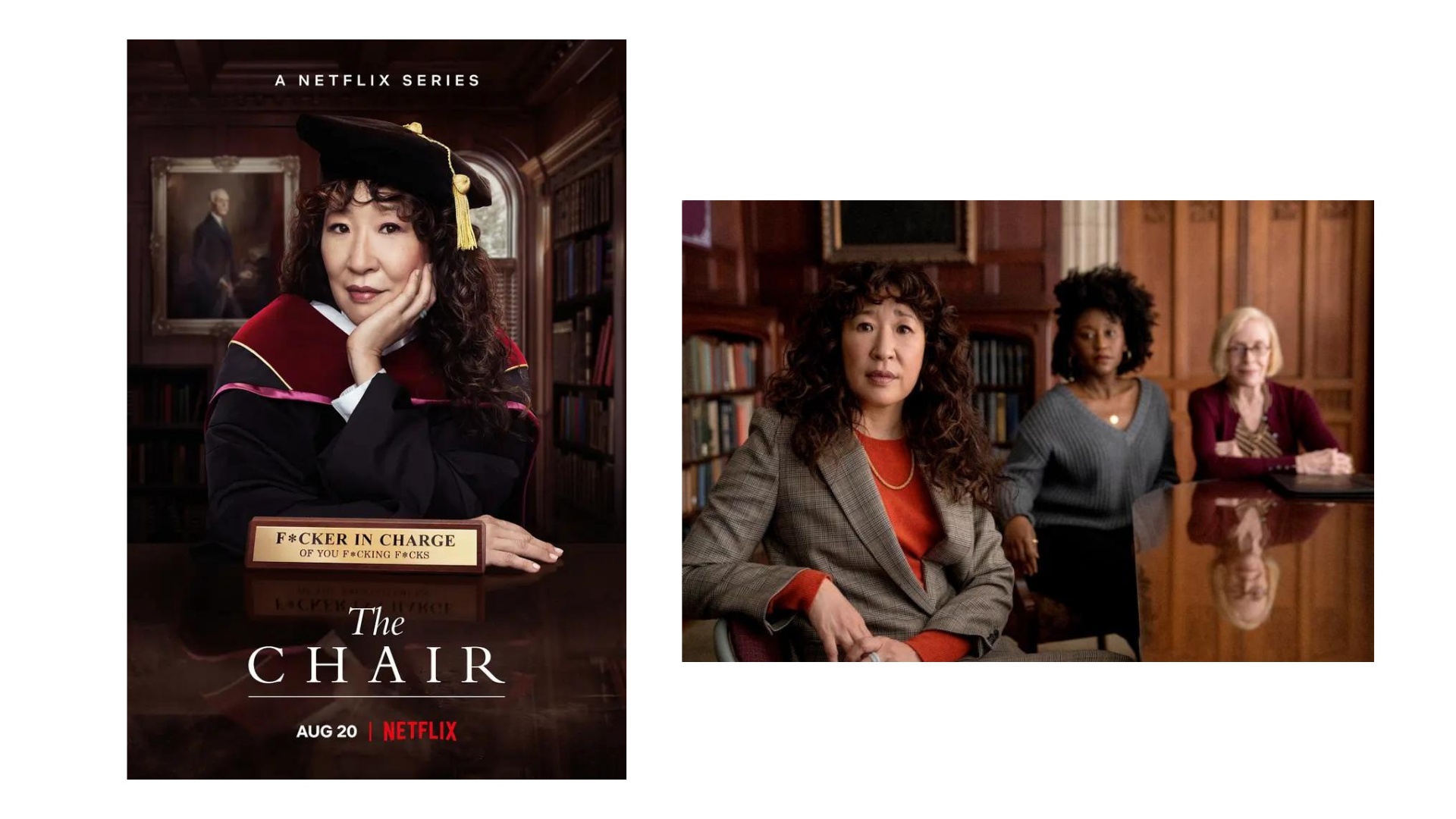