Set in Piedmont, Italy, the documentary The Truffle Hunters showcases a handful of men in their seventies and eighties alongside their beloved dogs who hunt, and successfully so, the treasured white Alba truffle.

The film began at several revered film festivals and is now being shown in theaters internationally. I had the opportunity to view it at local boutique theater this past weekend, and was smitten by the gentlemen and equally their dogs.

The film shares the slow pace of life each man lives and enjoys alongside the reality of the trials truffle hunters such as themselves have endured from the aggressive and painful tactics by those not appreciative of Mother Nature and only seeking the money the truffle reaps. The advocacy for what each of these spotlighted truffle hunters do alongside the talent of their dogs will hopefully deepen the appreciation for those who are out in the forests and doing so with respect of Mother Nature and the dogs who make the hunts successful.

Not one word of English is spoken (except the mention of garlic when describing the scent of a truffle). Go to the theater, forget about time and enjoy the videography as well as the anecdotal life stories.

This week’s Petit Plaisir appeared in episode #308 of the podcast The Simple Sophisticate: 15 Ideas for Welcoming Provence Style into Your Home & Garden 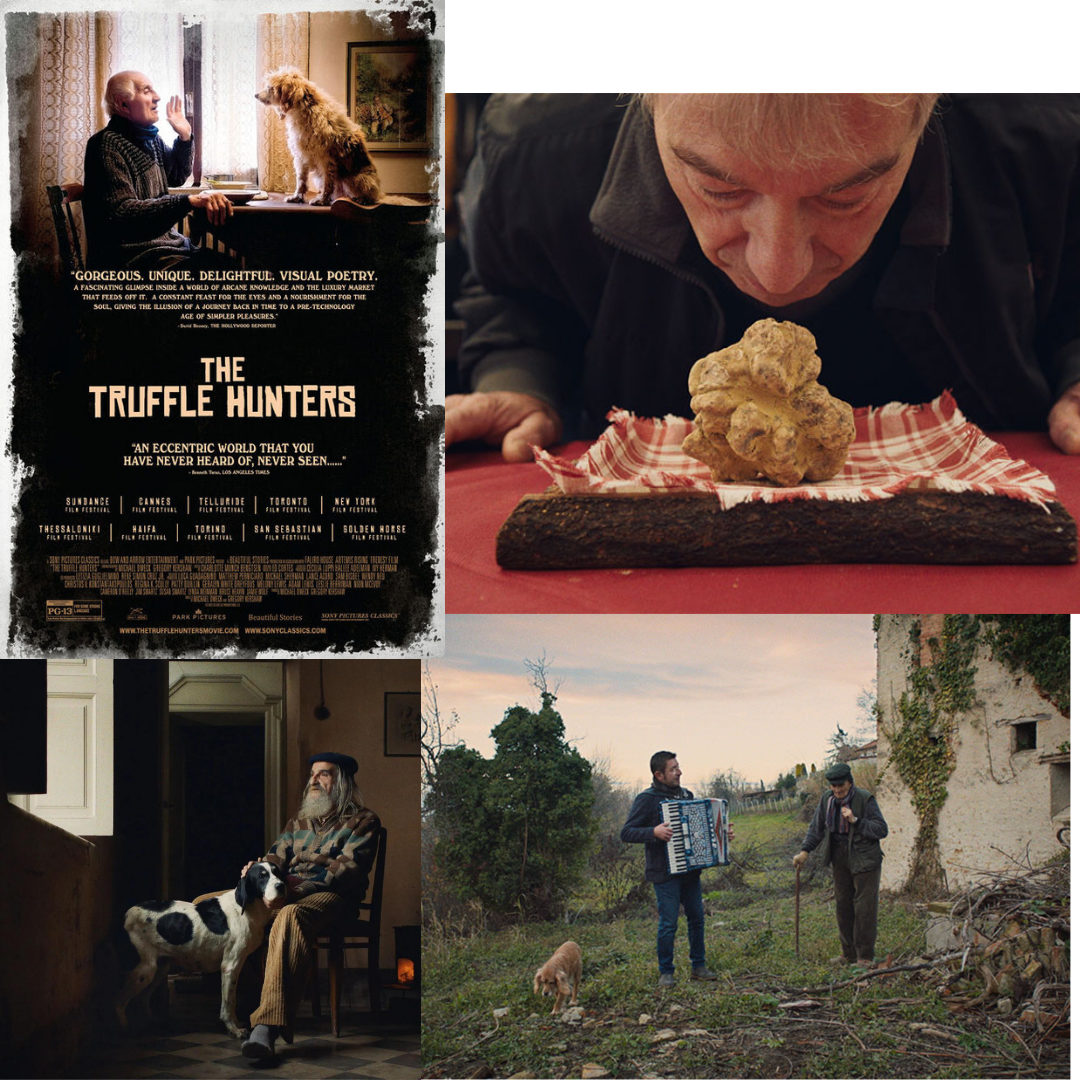