Technology has allowed viewers to become ever more in control of the time they spend in front of the television. As an idealist, I once desired to get rid of my television completely. And as I began pursuing this goal, I shared my determination  three years ago to watch fewer hours of television and begin to reduce the number of televisions in my home.

1. Determine the Purpose of Television in Your Life

As I mentioned above, ask yourself the “W” questions: why do you watch it, when do you find yourself wanting to watch television, and what exactly do you most enjoy watching. If you realize that television is a crutch, something you choose when you are procrastinating or because you can’t control your own thoughts, you may want to reconsider the value of watching.

However, what I discovered was that while I didn’t need a television in my bedroom to quiet my mind (after all, that should be my responsibility), I did enjoy watching a handful of shows and occasional films in my family room, as well as news and certain sports (tennis and the Olympics). I also realized that watching an hour of television in the evening to calm down and unwind wasn’t detrimental, so long as I continued to carve out time to read each night before bed.

Perhaps you enjoy movies and have no desire to watch live events. Or maybe you don’t need to watch movies, but can’t imagine letting go of the sporting package, determine what you enjoy most, and choose your package or options accordingly.

3. Create Your Own Bundle

If you are choosing to keep your cable or satellite television, look at the package you have. Do you really watch all of those channels? While I realize the companies do an impressive job of making it difficult to downsize, be honest with yourself. I recently stepped down to the lowest package offered as I realized I will survive without Bravo (sorry Andy Cohen), and while I would love to watch OWN, I can access her offerings via her magazine or online.

Secondly, if you enjoy movies or series television, look at Netflix ($7.99/mo) or Amazon Prime ($99/yr). It took me awhile to jump on the Netflix bandwagon, but knowing I can watch movies and older television programs when I want without the commercials was a huge selling point. Also, having House of Cards to watch wasn’t a bad perk either. Both Netflix and Amazon are creating their own original series. Alpha House and Bosch from Amazon are two I recommend, and next spring look for Netflix to release a new comedy starring Jane Fonda and Lily Tomlin titled Grace & Frankie created by ‘Friends’ creator Marta Kauffman. And if you are an avid Amazon shopper, the free two-day shipping that is included in your membership is quite nice as well.

Hulu and Hulu Plus ($7.99/mo) also offer you the ability to watch your favorite current television shows on your own time without subscribing to cable or satellite. Usually within 24 hours you can view Grey’s Anatomy, Scandal and others. And if you still aren’t sure, Netflix and Hulu Plus offer a free trial so you can see if indeed they would work with your lifestyle.

A couple of years ago, I swore I wouldn’t by a new television. No, no, no – flat screens aren’t necessary I told myself. Okay, then I realized how much space my primary television was taking up, and since I came to the conclusion that I would keep one television in my home, I granted myself the gift of a new flat screen television. After doing my comparison shopping and knowing I wanted it to have Wi-Fi capabilities, I purchased a Smart LED TV from VIZIO, and was beyond impressed with its simplicity and range of abilities.

Without the excess cords, your television contains a modem that simply asks for your wi-fi password and voila! You have access to all of your social media accounts, Netflix, Amazon Prime, Hulu, you name it.

The good news is, if you already have a flat screen, but it’s not a Smart television, you can either buy Google Chromecast HDMI Streaming Media Player

($99). While I personally haven’t used either, what they allow you to do is keep the television you have and create the media player you want to stream your favorite movies, television shows from all of the products I mentioned above for a one-time price.

5. Eliminate the Unnecessary & the Junk

The DVR, TiVo, and streaming video options have made it possible to eliminate nearly all advertisements. In fact, when I do see advertisements, I find myself much more sensitive to them and realize how numb I was to them before which is a good wake up call. Also, with television offering quality television – some critics arguing, the best ever seen on television since television was welcomed into homes – there’s a reason we’re tuning in. From Sherlock to Veep to The Americans, television is drawing respected actors and comedians to its series to be enjoyed at our leisure in our own homes.

6. Create Your Own Schedule

There’s no reason to feel guilty about watching television so long as the time spent doing so is kept in check. And when we do sit down, we make sure we dictate the terms of what we’re watching and when we wish to watch it. No more mindless surfing, there’s truly no need. Pour yourself a cup of tea, prop your feet up on the ottoman, and relax.

One of my goals as 2014 began was to get my media viewing in check, and while I have reduced my monthly television bill (including the cost of a Netflix and Amazon subscription) by $35 from what I have been paying for years, I now am enjoying the television I want, when I want and viewing far less television.  A true win-win-win.

Whether your goal is to reduce or eliminate entirely the television in your life, you have the keys and the discipline to do so. One of the grandest gifts of doing so is the reduction of the bombardment of mass marketing. Taking control of what you see is a simple way of empowering your life, controlling your emotions and mastering your mind.

Now, it’s your turn. How have you successfully mastered your use of television? I’d love to hear! 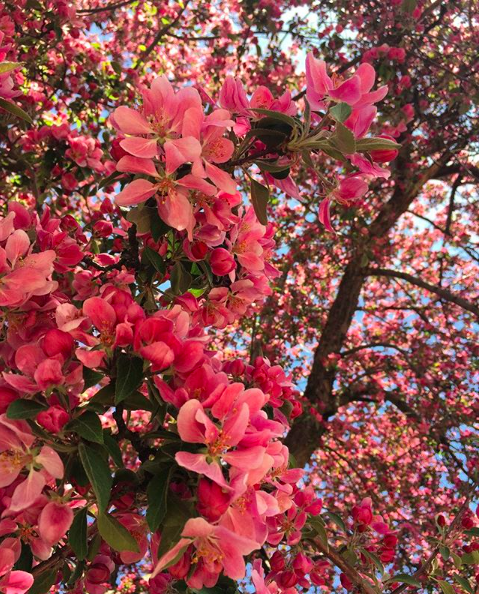