If there were a more perfect Petit Plaisir for The Simple Sophisticate podcast when it comes to films, I would be hard-pressed to find one as the latest film in the Downton Abbey series whisks movie-goers to both the English countryside and to the south of France. The ideal pairing of interests for the Francophiles and Anglophiles that so many TSLL are in tandem. 🙂

Having postponed the released date from March of this year to May 20th to ensure more members of the viewing public would feel safe to go to the theaters, their choice also coincided with TSLL’s 4th Annual British Week (always the third full week in May), and yet one more reason, I found this film the ideal choice to be the Petit Plaisir for episode #330.

No spoilers will be shared in my review, so worry not, but as I shared in the podcast episode, I found Julian Fellowes prepared his audience well in advance, arguably beginning in the first film, released in 2019, for any melancholy events that were bound to occur eventually, because aside from what you expect, the rest of all of the plots involves much celebration and pleasurable interaction between the long-standing as well as new cast members which is likely what many fans will be looking for when they go to watch the film.

While there are some antagonists, even these characters are redeemed as the main cast, especially Cora, brings her insightful awareness to a particular storyline, and in so doing, sparks memorable lines from Anna and Daisy.

One detail I want to share and give a heads up to look for and so you can appreciate the humor (and inside joke if you will :)) upon seeing is a small, yet lovely scene in the south of France between the characters Carson and Maud Bagshaw. It takes place in a chapeau (hat) boutique, and when the shopkeeper assumes the two are married, the two characters – Carson and Maud – look at each other, smile and as they walk out, have a giddy laugh. Why? Jim Carter (Carson) and Imelda Staunton (Maud) have been married since 1983. 🙂

Okay, now to the trailer. I thoroughly enjoyed this film that provided, admittedly, a bit of an escape and luxury for the eyes, and I look forward to watching it again when it becomes available to stream.

Downton Abbey: A New Era was the Petit Plaisir on The Simple Sophisticate podcast for episode #330: 25 Ways for Enjoying British Culture in Your Everyday Life 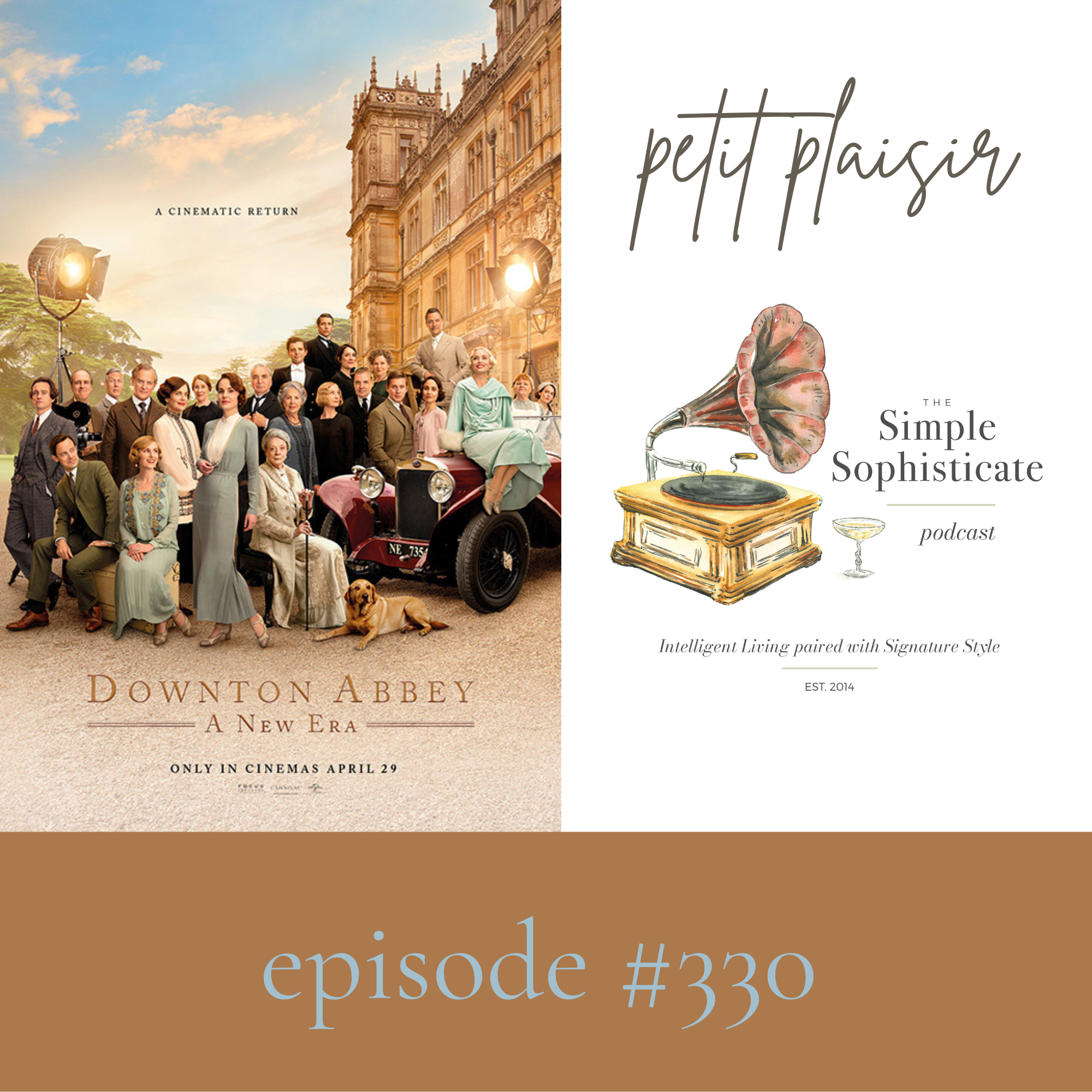