For some it occurs when they begin living on their own for the first time, completely free of parental support, for others it occurs when they have their first stream of hard-earned money and open their first checking account, for others it is a pivotal life event such as a relocation, a death, an introduction to a luminary that opens a new way of looking at the world, and for some it has yet to happen.
The shift from being a girl to becoming and embracing the gift of being a woman is on some levels subconscious depending upon how you were raised, but in its entirety, to truly embody the authentic sense of  what a woman is has to be done so consciously, each and every day.
The title of my book Choosing The Simply Luxurious Life: A Modern Woman’s Guide purposefully was chosen to include the term modern and woman. And while I go into great detail with regards to the term modern in chapter two, “Live Simply Luxuriously”, much of the definition of a woman is assumed. As that is the case, I would like to look precisely at what differentiates a woman from a girl. After all, we were all at one point young, carefree, solely and necessarily dependent on our parents and this is a crucial part of living well; however, there is a time to evolve, progress and shed this skin as it has an expiration date after which point being a girl won’t serve us well as we pursue our true potential.
Interestingly enough, today’s post came about in a round-about way as I had intentioned to share the differences between a man and a boy. But as I began outlining my post, one particular article that I happened upon this past week kept dancing around in my mind. It suggested that rather than look to others to blame or become frustrated with when events, conversations, etc go wrong, instead look within and determine how we contributed to the outcome that has so enraged or bothered us.
And so taking this concept of looking inwardly, I thought I’d immerse us today in understanding how we as women can truly step in and own the idea of being women. Much of what I am going to say will no doubt remind readers of a post I wrote this summer (Grown-Ups vs. Adults), but I will delve more deliberately into the feminine aspect of this concept.
However, since I may have teased too much with the idea of a post spotlighting the difference between men and boys, I have a two-fer today. Click here to read 10 Differences Between Men & Boys. Now back to the difference between women and girls.

A woman may or may not desire a romantic pairing, but if she does, she chooses to do so because it amplifies her life. She will not step into a relationship and especially will not go as far as to say “I do” simply to not feel left out. A woman is quite content in her own company and would rather be alone pursuing her passions, strengthening her friendships and building her legacy, than be involved with the wrong person.
A girl is scared to death of being alone. Primarily, this fear is cultivated by those around her and the media she subjects herself to. It is also an indicator that she is not either comfortable with who she is or she hasn’t taken the time to find out who she is. This discovery is very often a journey that requires the sojourner to walk alone. A girl will jump from one relationship to the next with little regard for the quality of the individual she is involved with.

A woman is strong and confident enough to let a man know she is interested in him. In this post a couple of years ago I spoke about the idea of allowing a man court a woman, and it cultivated great discussion (be sure to view the comments). And while the crucial foundation of building any healthy relationship is to maintain one’s self-respect and integrity, playing a cat and mouse game is not what a woman does. She may not be the person to initiate (much more my style), but even if she is, the goal is to express interest and then let go. In other words, both parties must be interested, and if they are not, both adults – the man and the woman – move on. No harm, no foul.
A girl feeds off the drama.  A girl finds entertainment in the unknown and the uncertainty in the “will he call/text” or won’t he? A girl hasn’t found something of more quality interest in her life, her passion, to focus on and instead focuses on gaining the adoration of boys.

A woman regardless of her relationship status stands on her own financial footing. A woman does not purport to be too feeble minded to handle money successfully. She understands that successful money management is knowledge that anyone can acquire if they choose to. A woman is disciplined when it comes to spending and saving. (Click here for posts on Money.)
A girl assumes she either will marry someone who will take of her financially or refrains from educating herself on the power of successful financial planning because it appears too daunting, thus sabotaging herself from achieving what she is truly capable of.

A woman recognizes that true confidence comes from within. While she recognizes that there will be days of mood swings, she understands the power of her mastering her mind and refuses to be sucked into the debilitating powers of certain emotions. A woman takes the time to get to know herself, to understand her strengths and weaknesses, and realizes she is a work in progress.
However, she knows her self-worth and based on her personality will not be subjected to disrespect from a partner or place of work.  A woman recognizes that the only way to gain self-confidence is through experiences, pushing through a wall of comfort from time to time and taking educated risks. A woman has a mind of her own and speaks up for herself and others when necessary.
A girl seeks confidence from external sources – the number of social media followers, a busy date book, approval from peers of her behavior, clothing or life choices. A girl without self-confidence can easily be manipulated into believing what others want her believe about herself.

A woman knows her body and dresses to accentuate it. She may reveal her silhouette, but not too much skin. A woman is acutely aware that while beauty may get someone to open the door, her intelligence will get her over the threshold. However, she respects the power of dressing well, and while she wouldn’t walk out the door without make-up or at least brushing her hair, this is merely a means of self-respect not insecurity.
A girl only has her looks to rely on to close the deal. Too much skin or too much make-up are a regular occurrence only because she hasn’t invested in anything else such as her interests, passions and talents.

A woman will not expect a man to pay for dinner, dates or wherever their outing takes them, but as a gentleman, he will most likely do so. She will be able to pay for anything she suggests, and if he does pay, will not feel obligated to do anything besides say thank you.
A girl will allow the date to play out exactly as he wants as she is not secure in her sense of self and aims to please.

A woman can hold a conversation with just about anyone, but the difference is that it goes deeper than the surface. A woman is well-read and aware of the world around her. She is comfortable in existential conversations as well as conversations about local politics.
A girl is more comfortable gossiping and complaining, focusing on superficial information that doesn’t deepen the conversation.

A woman reserves her social media accounts for business and curiosities (news, hobby ideas, and inspiration) and sees the value in face-to-face conversations, one-on-one texting or letter writing for Thank Yous, invites, etc. A woman reserves an air of mystery and doesn’t share everything online or otherwise.
A girl can’t wait to update her social status on Facebook, share news or gossip on Yik Yak or share a group selfie to demonstrate how popular she is. A girl again is seeking validation.

A woman has goals, aspirations and intentions for her life. Often the rigidity has been lessened as to how exactly everything should play out, however it doesn’t mean they’ve lost sight of their target. It is now more of a concept than a concrete thing. A woman stands on her own to travel her journey, but recognizes the value in relationships (working and personal) and helping those she loves travel successfully toward their dreams as well. A woman is insatiable in her quest for learning and exploring and doesn’t wait for life to entertain her as she recognizes life is ready to dance, she merely has to get on the dance floor and start moving.
A girl doesn’t really know what she wants and due to the ambivalence, she may default to a man and follow his path and help him pursue his dreams while losing herself and her potential in the process.

A woman has standards. In other words, a woman holds herself in check when it comes to what she needs in her life to be her best self and is self-actualized enough that she knows what will be detrimental to her potential and overall health (mental and physical).
A girl has expectations. The list of superficial demands that others must have before she will involve herself is something she projects onto them and uses as a barrier to not look beyond what someone may have to offer. In so doing, she is focused on appearances rather than substance.
Becoming a woman, reveling in all that being a woman can entail is a choice that will empower you to become your best self and surround you with a support system that offers respect, love and comfort as you afford them the same. Choosing to be a woman must be a conscious choice as society will have us believe a myriad of definitions based on what you expose yourself to in the movies, online, on television and in print. You must begin with a recognition of your self-worth. It’s there. It’s always been there.
While each one of us is a work in progress, and you perhaps, as I did myself, recognize moments when we regressed to being a girl. The good news is that we recognized such missteps. And when we can recognize it, we can improve. We can move forward and allow the girl that wishes to hold us back remain in the past.
UPDATE 2021: The Simone Beauvoir quote which was originally posted at the top of this post has been removed as the context applied for this post was not the context intended by the Beauvoir. I regret this error.
~SIMILAR POSTS FROM THE ARCHIVES YOU MIGHT ENJOY:

For a casual, yet delicious evening in for two: MENU:

~Prepare the Roasted Shallot Aioli first, then cook the steak. See the recipe for the Aioli below the steak recipe.

~c/o Judith Jones’ The Pleasure of Cooking for One Ingredients:

Bon Appétit!
~Outro music – Ella Eyre “We Don’t Have to Take Our Clothes Off“, remix 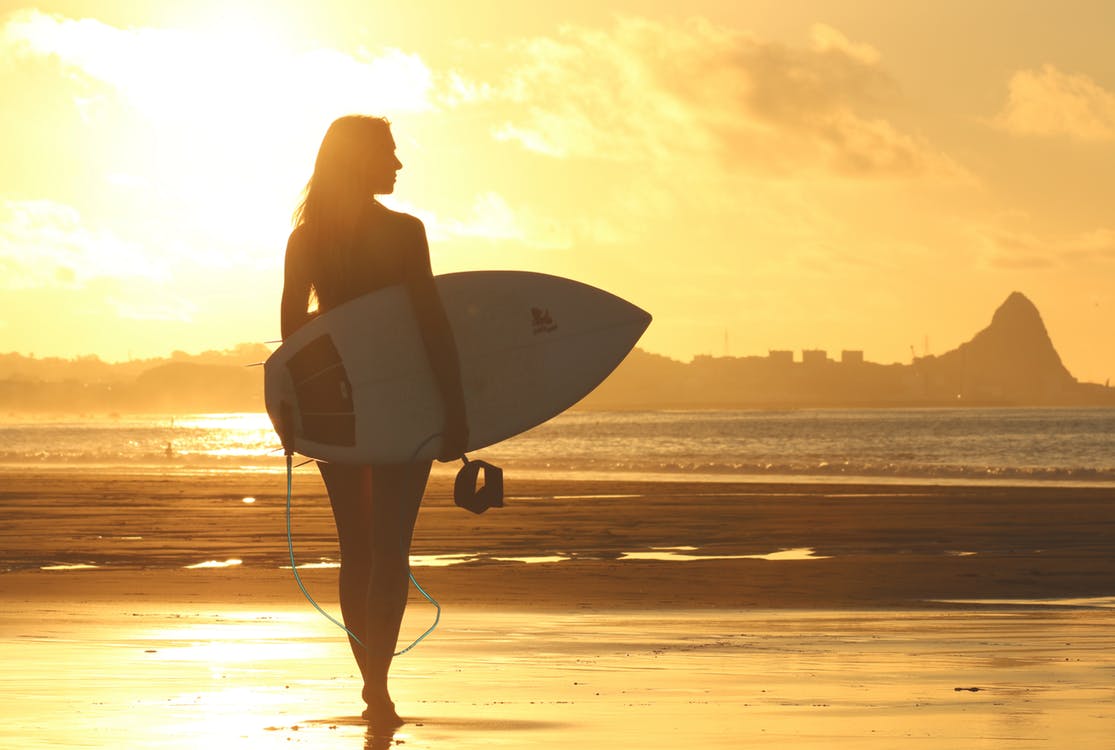 22 thoughts on “10 Differences Between Women & Girls”