“Manhood is the defeat of childhood narcissism.” –David Gilmore

Life has a talented way of teaching us lessons we thought we understood. Take for example, understanding the simple difference between a man and boy. Simple logic would assume that we would prefer to date someone who is respectful, gives us peace of mind and brings out our best self, but as we know, often we have to date those who unfortunately make us feel quite the opposite in order to appreciate such valuable attributes. Why? Why do we do this to ourselves? I refuse to believe that it is because we are masochistic, but rather something else. Let me explain.

I’ve been trying to figure that question out for awhile now, and fortunately, most of the men I’ve dated could safely be placed in the “men” category (except for a few – thank you for the lesson!). But I think there are a couple of reasons women date the wrong men either consciously or subconsciously: purely seeking fun, commitment-phobic, wish to rescue/save someone, relationship of opportunity (feel free to add your thoughts on this in the comments below).

Needless to say, when you meet a man, you’ll know. Why? The games stop and the respect is clear. Intentions are made known and the guessing ends. Tranquility radiates and anxiety vanishes. Sure, you may become a little excited, but you’re able to remain within yourself and go about your life.

“The mark of a real man, is a man who can allow himself to fall deeply in love with a woman. But the reason why a man is often heartbroken, is because a woman can become overcome by the reality that she has made a man out of a boy, because it’s just such an overwhelming process, a beautiful and powerful evolution. Therefore, a man needs to fall in love with a woman who knows that men don’t happen every day, and when a man does happen, that’s a gift! A gift not always given, and one that shouldn’t be thrown away so easily.” ― C. JoyBell C.

A man doesn’t play games. Mind games. Hide and seek games. A man after making his interest known, is not interested in the cat and mouse, and is looking for a clear sign that the woman is both available and interested.

A boy plays games because he doesn’t know what he wants and loves the adrenaline rush of the chase. A boy will lose interest after it is clear the one he was pursuing is fully interested and wishes to be involved.

A man will be clear about his intentions: where he envisions his life heading, his goals, what he needs and what he is capable of. A man will also have the courage and respect for the person he is involved with, as well as his colleagues at work and his family, to have uncomfortable conversations. While he may not be able to predict the outcome of the conversation, he realizes that the only way to build healthy relationships is through honesty and truth.

A boy will avoid uncomfortable conversations at all costs. This may manifest itself in lying, joking, avoidance or passive aggressiveness. A boy doesn’t know what he wants and will communicate inconsistently his goals. One week it will be this, the next something else as a way to not be able to be pinned down (subconsciously or consciously).

A man is looking for a partner to share his life with. A man would rather be alone because he has mastered how to do it well, than be with the wrong person.

A boy is looking for validation. Whether it be validation from his fellow boys or family, he is seeking a puzzle piece who will fill a role so he won’t be bothered or teased.

“The stronger a man is, the more gentle he can afford to be” ― Elbert Hubbard

A man is self-assured of who he is. A man while having moments of doubt, realizes that he is responsible for his contentment and stability, and is comfortable allowing others to shine. He realizes that his accomplishments and character will speak for themselves. A man is not arrogant or looking to make others feel small in order to make himself appear the better man.

A boy is insecure and thus seeks out validation constantly. Whether it is in being rude, loud, obnoxious or attention-getting, or becoming absorbed in the superficial to prove to the outside world his worth, including draping a beautiful woman on his arm simply for the perception it will have on those he wishes to please, a boy’s main priority is to prove himself to others.

A man can hold conversations about ideas, concepts and theoretical philosophies. A man is aware of the world around him and is curious about how it works and how he exists within it. A man doesn’t pretend to know everything and is curious, seeking out those who can answer questions he has.

A boy prefers superficial conversation, teasing, jokes and anything that doesn’t allow him to be too vulnerable or reveal his lack of knowledge. Day to day events that don’t delve too deeply into the “why” are common.

“It is a grand mistake to think of being great without goodness; and I pronounce it as certain, that there never was yet a truly great man, that was not at the same time truly virtuous.” –Benjamin Franklin

A man is looking for substance. While he will want to be stimulated initially by what he sees, he will stick around for intelligence and a woman who is secure within herself as he is looking for a partner, not a playmate puppet.

A boy is looking for eye-candy, a girl who will look good on his arm and get the approval of his buddies. Since there are many beautiful women in the world, a boy’s interest can easily be satiated momentarily quite quickly as they prefer not to complicate their lives with getting to know the person behind the facade.

A man will of course enjoy going out in the evenings and on weekends, but the reality is he has more perspective than going to the bar. A man respects his goals, obligations and health and is disciplined in how he approaches his schedule. Some Saturdays may find him staying home to finish a work project, so the next weekend he can escape to wine country for a rejuvenating getaway with his partner.

A boy lives for the weekend and wouldn’t be caught dead not going out to have a good time. After all, he would lose face from his buddies, wouldn’t he? A boy, doesn’t have goals that drive him or keep him disciplined and therefore, he is always living in the present or at least for the weekend.

A man has plans for the future. A man is financially secure and working towards or has achieved long-worked for goals. A man can live in the present, but in so doing, aligns his behaviors to his future aspirations.

A boy lives purely in the present and for his own short-term fulfillment. A boy lacks patience, discipline and self-control all in the pursuit of a good-time.

A man lives on his own, cares for himself – laundry, cleaning, cooking, etc – and recognizes that he should be able to as he is an adult. Upon entering into a relationship, he doesn’t delegate what once were traditionally “women’s jobs” to his partner, but rather shares equal responsibility or has a conversation to determine how the couple will approach each.

A boy is either living with his parents or dependent upon them financially to live on “his own”.  A boy expects someone else to keep the living space clean, and tend to other traditional “women’s jobs”, and as a result may not live in a cleanly space. Upon entering into a relationship, a boy will expect without conversation for his partner to fulfill these roles.

A man dances with life, so to speak. He does not sit passively by and wait for opportunities to fall into his lap. A man upon meeting an intriguing woman will attempt to get to know her. A man will chase after his career aspirations, goals and contentment as he recognizes he is the conductor of his life.

A boy will be passive when it comes to seeking what truly piques his interest. His lack of self-confidence or security will hold him back, and he will settle for what is placed in front of him as it is easier and will not risk losing “face”.

Each one of us, men and women, are evolving, growing and trying to do our best in this journey called life. Each one of us will have moments of “boy”, but the “man” will recognize it almost immediately and remedy the issue – that is the difference. We are all a work in progress.

Most importantly, as love becomes the center of attention this Valentine’s Day weekend, trust that men (compared to boys) exist, and it is up to the women who date them, work with them, are related to them, to keep our standards high because if we do, the men who recognize the benefits of being with the women described in this post will quickly want to become the men they are very much capable of being.

~Why Not . . . Have That Difficult Conversation? 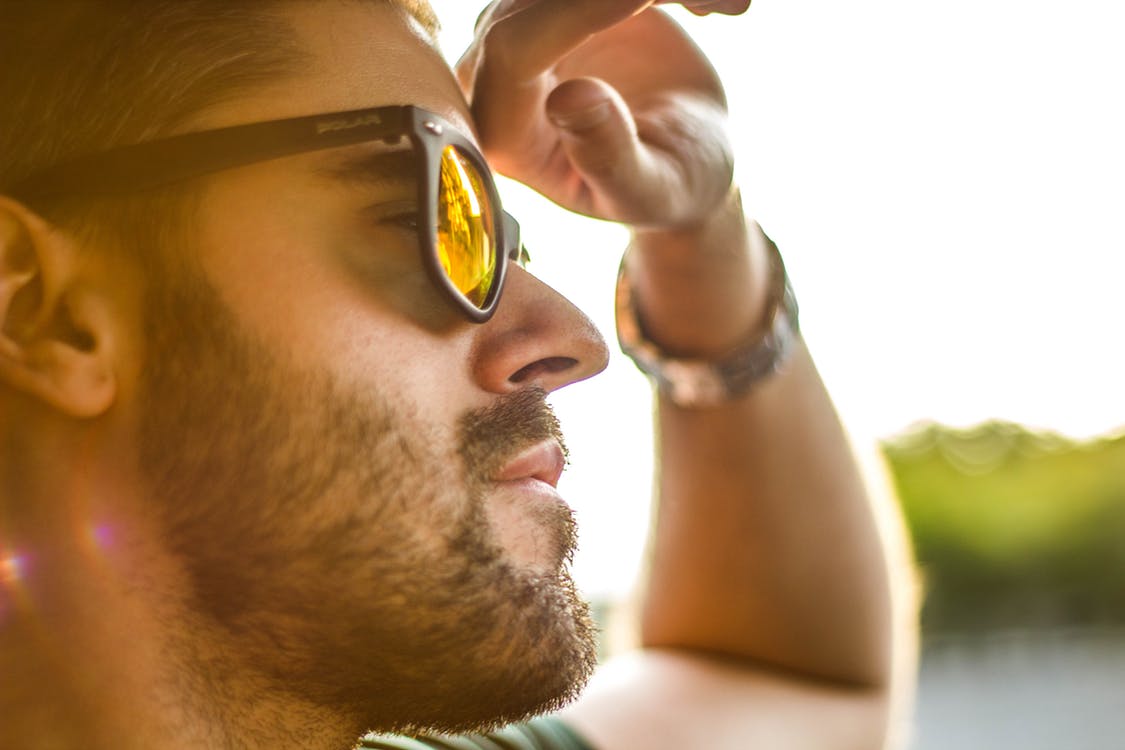 4 thoughts on “10 Differences Between Men & Boys”