“The art of tea, whichever way you drink it, or whichever country you are from, has one underlining thread for all of us. It is the cultivation of yourself as you follow the ceremony of preparing your tea, the way in which you make your tea, how and where you drink it, and with whom. Making a cup of tea creates a space for just being.” —Nicola Salter

While coffee may be American’s beverage of choice with the ubiquitous Starbucks and local coffee shops at every corner, it is tea that is the most consumed beverage following water around the world. Originating in China as a medicinal drink, Ireland interestingly enough holds the title as the highest number of tea drinkers per capita. And while Americans tend to prefer their tea cold (iced tea), there is nothing I enjoy more each morning than my steaming hot cup of Palais des Thes Blue of London earl gray tea.  The simple infusion of warmth with a hint of orange in the black tea base and my day is ready to begin.

I first began enjoying a regular cup of tea in the evening after having the opportunity to indulge in high tea in Victoria, Canada, at the Fairmont Empress Hotel a handful of years ago.  What captured my intrigue was the formality, the appreciation, the presentation and the conversation that the serving of the tea encouraged. Quite a memorable trip, if you haven’t had the chance to visit Victoria or a tea room at a renowned destination around the world, do put it on your travel list. Whether you will become a lover of tea as I did, I cannot say, but you will certainly have a most lovely experience.

And so, my curiosities with tea continued upon returning home on that fateful trip, and I couldn’t help but discover the many wonderful health benefits that come along with my new drink of choice.

Similar to the protectant gloss over hardwood floors or sunscreen for the skin, antioxidants protect the body from the effects of pollution and aging prematurely. These antioxidants have also been proven to reduce the risk of certain cancers, such as breast, colon, colorectal, skin, lung, esophagus, stomach, small intestine, liver, ovarian, prostate, pancreas and oral cancers.

Phytochemicals have the potential with an extended drinking of tea to strengthen bones. One study revealed after 10 years of observing those who drank green tea regularly compared to non-tea drinkers, that those who drank tea showed stronger bone density, even after age, exercise, body weight, smoking and other factors were taking into account.

The polyphenols in green tea in some studies have been found to help maintain areas in the brain that involve learning and memory according to Time magazine.

In yet another study, regular drinkers of hot tea were found to have a lower waist circumference and a reduced BMI compared to non-tea drinkers.

5. A Reduction of Caffeine

If you enjoy your coffee in the morning to jolt you with caffeine, but dislike the negative effects of too much caffeine – jitters, inability to sleep or indigestion, tea may be the answer. With an average cup of coffee (8 ounces) containing approximately 135 mg of caffeine, a cup of tea only has 34-40 mg.

6. Reduce the Risk of Heart Disease and Stroke

7. Protection from the Sun

8. Decrease the Risk of Parkinson’s Disease

Drinking tea has been directly linked to lowering the risk of Parkinson’s Disease. In both men and women, even when considered alongside other factors such as age and physical activities, studies revealed a correlation to drinking tea.

Contrary to the wide-spread myth that tea is dehydrating (due to it containing caffeine), a study done in 2006 by the European Journal of Clinical Nutrition observed the body’s net fluid gain after drinking black tea, and found that indeed the body was more hydrated. Spread the word!

The catechins (antioxidants) found in green tea actually increase the body’s ability to burn fat as fuel which allows less protein to be expended, keeping you charging ahead longer.

Including a cup of tea in my daily routine has become a simple luxury that I look forward to each day. In fact, in 2011 I shared a few ways in detail how I enjoy in this petit plaisir. While I know we all have our preferences, just knowing that a morning, afternoon or evening cup of tea can be as healthy as it is enjoyable, is a lovely bit of knowledge to possess. Happy sipping!

~A few of my favorite teas: 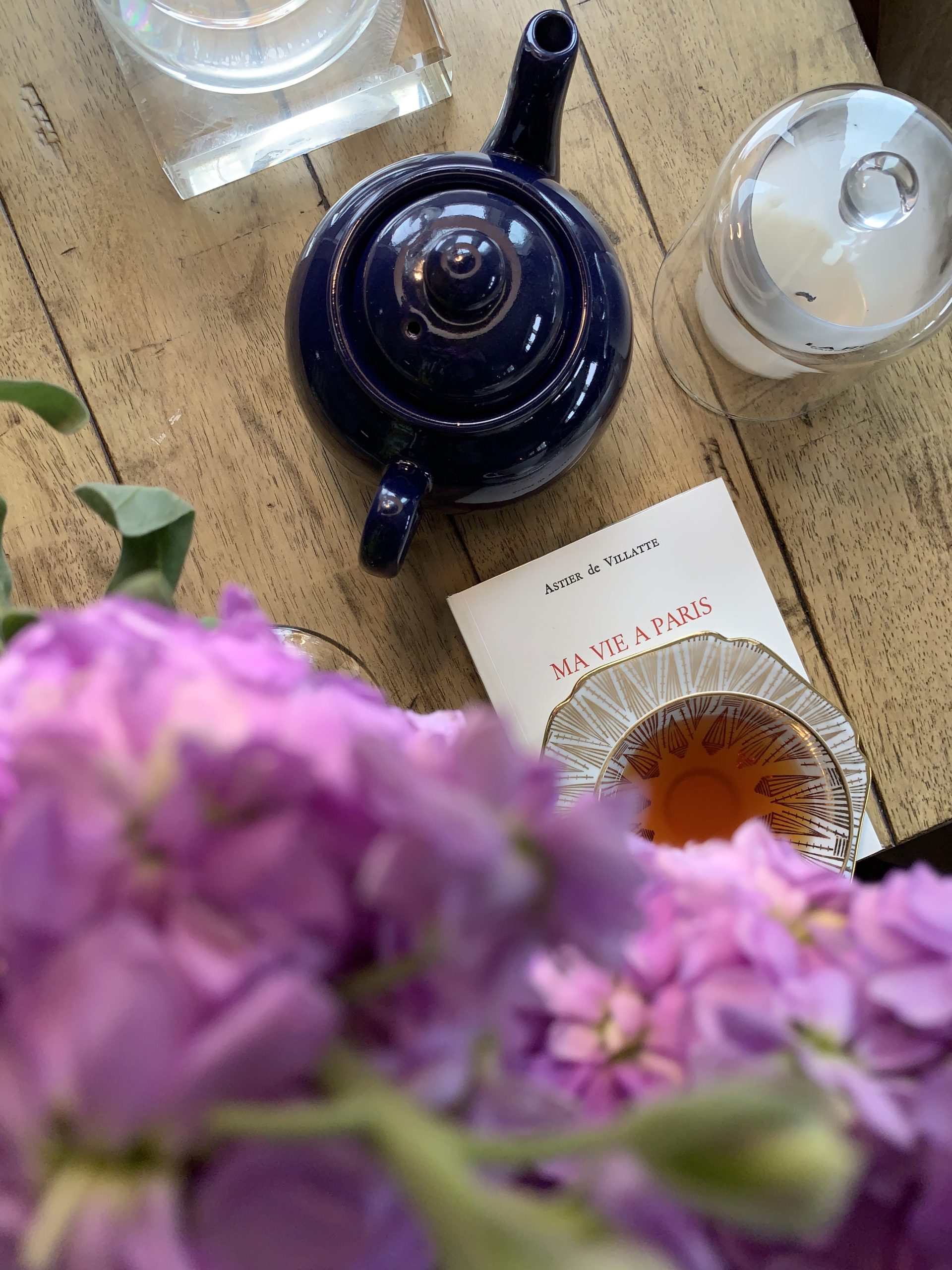