Premiering at the Sundance Film Festival in 2008, Bottle Shock tells the true story of how Californian wines put their name on the map of wines to drink. The wine blind tasting that shocked the world, in 1976, set up by  Steven Spurrier, played exquisitely by Alan Rickman, is a British expatriate living in Paris. Convinced wines from California can rival the beloved French wines, he sets the stage predominantly to save his wine business. Traveling to not-then-well-known Napa Valley, Spurrier meets founding vintner Jim Barrett of Chateau Montelena played by Bill Pullman. Barrett’s son, Bo (played by Chris Pine) is lost in his life at the moment, and the film tells the story of how he, in many ways, finds his way and to this day is still a part of the legacy that made history.

I won’t give too much more away, but while I had known about this famous Judgement of Paris blind taste test and how it was moment the Napa Valley wines became respected throughout the wine world, I didn’t know all of the details, nor the winery that made the wine that shocked the French wine experts that they had selected, Quelle horreur! a California wine over a French wine.

This film, Bottle Shock, with its star-filled cast was a pleasure to watch, and if you appreciate wine, are curious about wines and the history, or consider yourself to be a Francophile, I do think you will greatly enjoy it. Have a look at the trailer below.

Stream the film now on Amazon Prime for free.

Bottle Shock was the Petit Plaisir of episode #349 of The Simple Sophisticate podcast, What I Have Learned in French Class, So Far . . . Partie Quatre 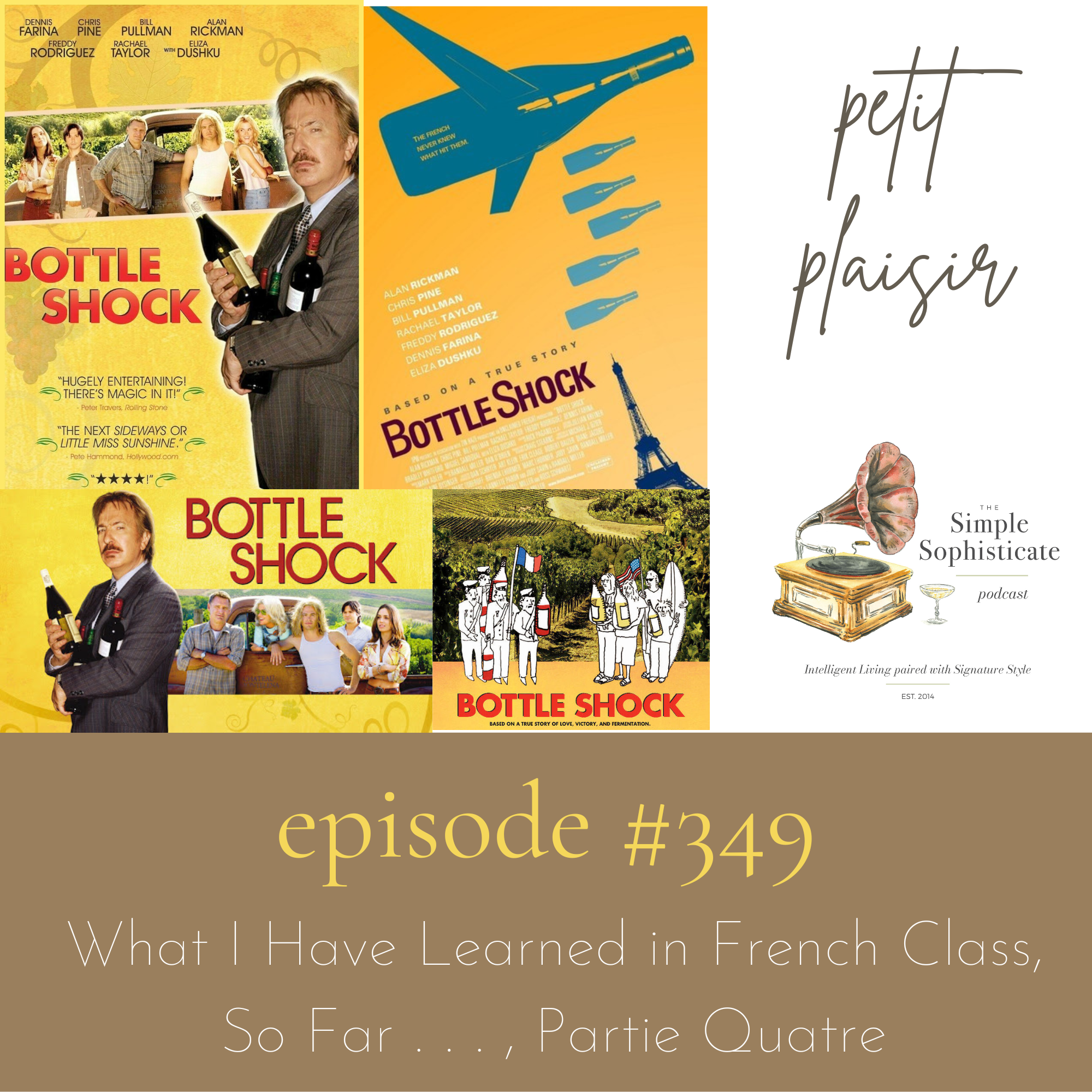