History and our everyday are filled with stereotypes. Many of us have been subjected and denied opportunity because of them. And more us than we’d care to admit are guilty of perpetuating them.

Paul Theroux wrote about the myriad of detrimental stereotypes on men in America in the 1980s in his essay “Being a Man” and Judith Cofer Ortiz defied the stereotype she examined in “The Myth of the Latin Woman“. Both positive and negative stereotypes persist, and each are inaccurate and degrading because they simplify the story, and each of us is indeed quite complex. From blondes are dumb, to men don’t know how to clean, to Italians are good cooks and even French women don’t get fat, stereotypes are abundant and plentiful. Sometimes we don’t fight them because they work for us, but we do ourselves and society no favors by not addressing the destruction they can cause and thereby doing our due diligence to defy them, and eventually eliminating them.

The word “stereotype” is derived from the Greek language: “stereos” meaning firm, solid and “typos” meaning impression.  Therefore, the meaning is “solid impression”.  Let’s focus on that definition and especially the term “impression”.  As we know, while first impressions are powerful, they aren’t always accurate as the story is merely incomplete, as reminded by writer Chimamanda Adichie in her 2009 Ted Talk “The Danger of a Single Story“. And if something is incomplete, much like a hamburger without one of the buns, an article without a conclusion, a house without a foundation, we don’t full understand what something is or can be.

Most stereotypes are rooted in some truth, but while they may have begun because one person somewhere was doing something and that particular action (for whatever reason) became associated with their sex, their race or their [fill in the blank], such an action doesn’t mean that all that look, act or live in the same scenario should be expected to behave in the same way. After all, at the heart of prejudice and then discrimination is a belief in some sort of stereotype. But you see a stereotype by definition is incomplete, and therefore, not accurate.

2.Determine why you do or don’t select certain options

“Show a people as one thing, only one thing, over and over again, and that is what they become.”
― Chimamanda Ngozi Adichie

Pink vs. blue, computer science vs. art, playing with dolls vs. playing with cars. From an early age certain expectations surrounded us, certain options were made more readily available, and certain choices were applauded or frowned upon. But at the heart of dismantling stereotypes is to get to know ourselves. Why are we choosing to care for a cat rather than a dog? Why are we wearing our hair a certain way or falling lock step into certain roles even when they don’t feel comfortable? At some level it is hard to determine what is culture and what is chromosome when it comes to our likes and dislikes, but with anything new we experience, if we can consciously choose not for approval, but rather authentic satisfaction and stand tall with our decision, we will help gradually break down stereotypes as others see the mold slowly become fractured.

3. Examine what properties, qualities are missing and then lead by example

For example, if crying is believed to signify weakness, we then need to exemplify what it actually reveals. When we cry in public, it is to show empathy, compassion, etc., which are both strong, desirous qualities to have in a position of leadership. After all, to be human is to have emotion. The key is to not act on emotion, but rather recognize it and then, after giving ourselves time, make the best rational response moving forward.

If we are becoming frustrated that, for example, women are being labeled as incapable of becoming president, leading companies, holding 50% of the seats in Congress (in the United States), or anything that is blatantly untrue and simply hasn’t happened because a majority of people have ingrained into their minds it isn’t possible, then we need to lead by example. We need to change what we see in the world, so that the norm is something we are proud to say we know to be true and helped cultivate.  The first leaders take the brunt, but so long as they have supporters to hold them up and ignore the ignorant, change can be made.

4. Keep your frustrations in check

Often people don’t realize they are making a decision based on pure assumption of a stereotype. Whether it is based on one’s age and assuming they can no longer do something or wouldn’t know how to do something, or someone’s career choice and an assumption of income or knowledge are presumed, or something as ignorant as one’s race assuming either a positive or a negative purely based on ethnicity. Of course, sex as well prompts many assumptions. If ever you have found yourself in a situation where an assumption is being made about you that short-changes your opportunities and negates further possibilities, it is understandable why any of us would become frustrated, even enraged. But . . .

Often, while it seems unfair, as the one who is being stereotyped has done nothing to deserve such treatment, in order to slow the tide of stereotyping, we must rise above the situation. We must master our emotions, speak calmly (or wait until we can speak calmly) and outwit the naysayers, or perhaps outperform them as often actions speak louder than any words. After all, using logic to argue with some who is comfortable with their ignorance is most often futile.

5. Don’t laugh with the crowd

Speaker of the House John Boehner is known for being rather emotional and has from time to time shown himself to be quite moved as his public displays with tears being wiped away are caught on camera. In fact, when Pope Francis arrived in Washington D.C. at the end of September this past month, Boehner was seen tearing up as he was standing directly behind the Pope. Many press upon reporting his response teased, laughed or chuckled which presents the idea that something is wrong with what he is doing, but not all news journalists did. Some did as they are trained to do, reported. The key to, for example in this case, shifting the idea that it is emasculating to cry is to not participate in the finger-pointing and mocking aftermath that follows.

The reason any of us who falls prey to relying on stereotypes do so is because it is comforting. What??!!  As humans we want to know. For survival, for security, for certainty of the best path we must follow as we move forward, and when we don’t know how to interact with someone, when we don’t someone at all, we label them which makes us feel more secure. In reality, it is a false sense of reality, but until we know better, we categorize everything we can as a way to understand. Ironically, we are actually limiting our ability to understand because we have made the assumption and moved on.

So the next time, someone around you makes an assumptive remark or laughs at someone for doing the unexpected for their gender, age, sex, position at the job, etc., don’t participate. You don’t have to correct, just simply refrain from feeding the fire which will hopefully allow such discussion to die out quickly.

6. Don’t replace stereotypes with yet another stereotype

Without realizing it, when we recognize a stereotype and decide to let go of it, we can sometimes replace it with yet another stereotype. Such a response is actually quite human as we want absolutes, we want “to know”, and often times we cannot. For example, if we begin with the idea of nuns and what their behaviors should be, we limit them as individuals and the rigidity becomes destructive to those who pursue the life as well as the institution itself. If a nun, or a pope, as Pope Francis is demonstrating begins to behave in a contrary or unorthodox manner, gradually some may begin to stereotype what future nuns or popes should be based on the behaviors being exhibited. This too would be a mistake. This too would be stereotyping. Instead, allow the individual to be themselves and embrace who they are, reveling in it, trying to understanding it, but don’t use it as a mold for those who may look the same or choose a similar path.

I highly recommend Chimamanda Ngozi Adichie’s nineteen minute TEDtalk “The Danger of a Single Story”.  Regardless of the stereotypes you may feel you have been subjected to or have unknowingly subjected other people to, the first step is to acknowledge how they begin, so that we can all go about the business of defying and eliminating them. Because when we are relegated to a single box, our true gifts are stifled, our opportunities are limited, and since I know none of us wants to be put in such a situation, why would we put others in that same detrimental position? Power comes from within, it does not come from holding other people down. Eventually the dam will break and the people who you could have been allied with with all of their unique gifts and talents will overcome you.

~8 Ways to be More Courageous

~9 Ways to Trust Your Inner Compass

Since June 30, 2015, American ballet dancer Misty Copeland has officially become the first black female principal dancer at a major international company. The documentary “A Ballerina’s Tale” debuted at the Tribeca Film Festival in April 2015 to great acclaim which documents her journey beginning at the age of 13. Narrated by Misty Copeland, it is an inside look at her determination, challenges and successes as the dancer many have come to know and admire. Be sure to check out her best-selling book Life in Motion: An Unlikely Ballerina.

Having had the opportunity to view the film this past weekend during the Bend Film Festival, I highly recommend watching the film when it is released nation-wide on October 14th.

~Correction from the episode. Misty Copeland did not co-produce the film, but rather Leslie Norville and Nelson George were the producers. 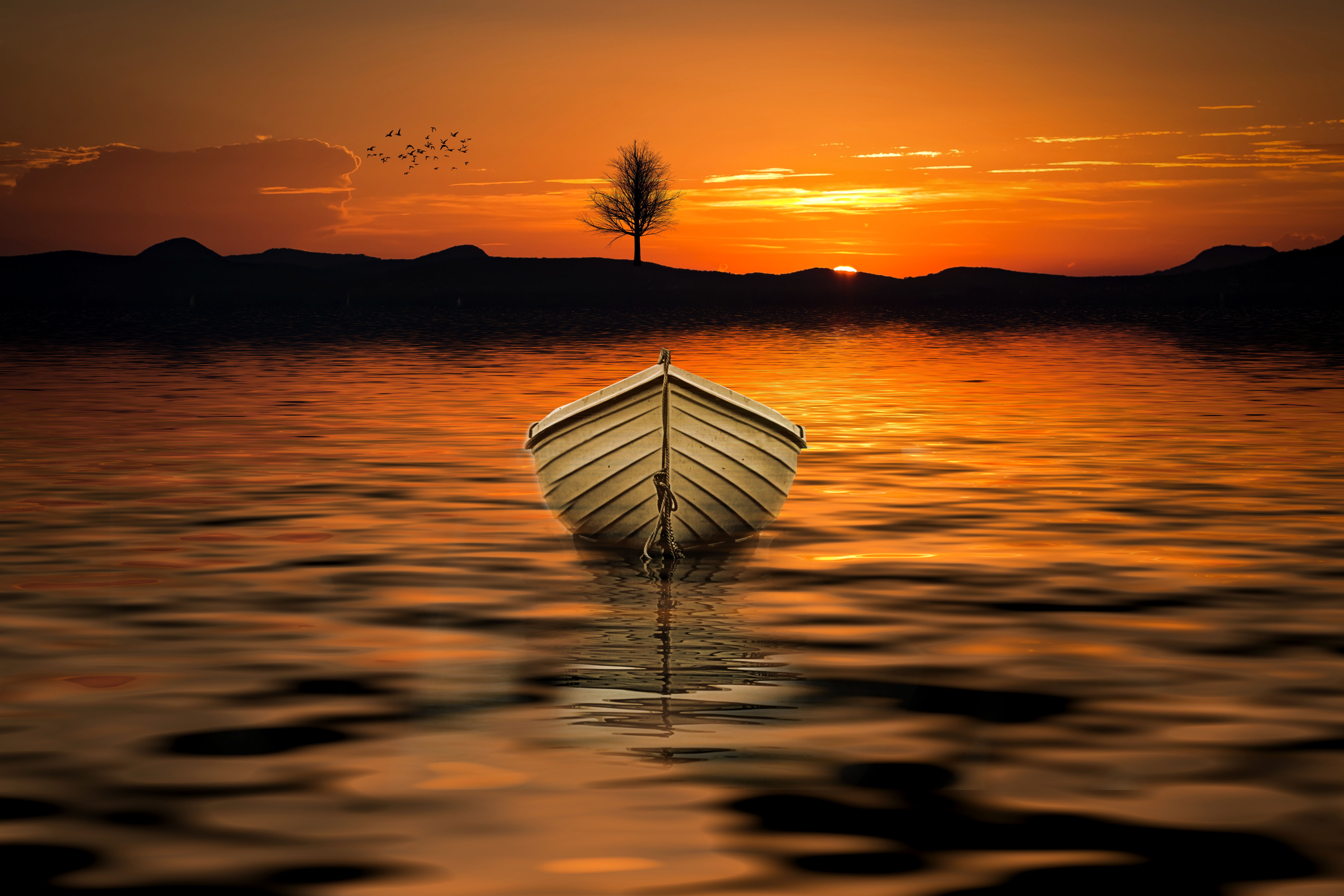 One thought on “6 Ways to Defy Stereotypes”