The second half of my second full day in Paris (view the first half here) was unscripted and quite lovely.

After leaving the Télescope cafe, Tresor Parisien and I myself wandered into the Palais Royal’s exterior hallways to snap some photos.  The street style in Paris is as you would imagine, a dream. Women each with their own sense of style, ignoring trends and adhering to what works and speaks authentically for them. We were not disappointed in what we discovered.

Below are two women who each have their own sense of style. Aisling captured them for her blog (she regularly shares Parisian street style – the following are a few of my favorites – here and here – Rachel Zoe fans, be sure to have a look).

~Wearing Acne from head to toe (as she was working in the store when we spotted her) she graciously acquiesced to our invitation to step outside and take a few photos. The dress is available online here and similar shoes here.~

~This unsuspecting street style beauty expertly paired her floral pants with a loose peplum top and accessorized with nearly every woman’s dream – a Chanel bag. And the gold pointed-toe flats – perfect.~

The next stop was a boutique situated amongst the many top designer stores in the Palais Royal. Gabrielle Geppert’s vintage treasure trove caused me to catch my breath and lose my words for a moment.

With oodles of Chanel items (clothing, handbags and jewelry), Geppert also has Hermes handbags and scarves, Dior, and YSL as well as other top labels you would hope to find in France all discovered by the owner to share with her customers. In fact, Jennifer Aniston in November 2012 stopped in to purchase her own vintage handbag. Have a look at the shop’s current retail as well an introduction to Gabrielle.

And since all we were doing was walking around with our cameras in our faces, we needed more time to chat. But not before snapping a few photos of a restaurant I was curious to visit – Le Lobster Bar.

Le Lobster Bar, which recently opened in April, offers the French’s version of a lobster roll and fries. With lobster fresh from the coast of Brittany, the lobster roll, while small in size compared to what one would be used to in the states, was delicious. While they do offer a crab roll, I highly recommend the former.

Aside from the food, the decor was the big draw for myself. Have a look.

~Be sure to leave your mark on their table tops; they encourage it. If you visit, you’ll find my note on the table above.~

~The lobster roll in the background and the crab roll in the foreground, and mint leaves in the water.~

~And as I mentioned previously, the street style in Paris is phenomenal. Just across the street from Le Lobster Bar, these two women – complete strangers, by chance choosing the same color palette, caught my eye. ~

On my way back to take the Metro, I was near rue de Cambon and couldn’t not stop by Coco Chanel’s atelier and shop. While photos are not allowed to be taken inside, I made the most of it capturing moments in time outside. Inside however, was a flurry of people as les soldes continued, but 1000€ marked down from 2000€ is still out of my budget.

The event of the evening was a coveted ticket to the sold out concert of jazz and blues artist originally from the states (now living in London, but perhaps simply a citizen of the world)– Melody Gardot at the renowned Olympia Hall. The theater was founded by the creator of Moulin Rouge in 1888 Joseph Oller, shortly after the liberation in 1945 the Olympia theater opened its doors for free to the allied troops, and while it was nearly torn down in the years that followed, in 1993 France’s Minister of Culture Jack Lang used a preservation order to save it, two years to restore it and finally open it as it stands today.

While I don’t have images to share from inside the concert, I will share she is quite fluent in French, and while I caught a few of her jokes, I know a few went over my head. She is entertaining not only with her music, but with her banter with the audience, and if you enjoy her music, you will enjoy her concerts as well.

~The attire for the evening from Tibi, a simple black silk shift dress.~

~The exterior and iconic red lights at the Olympia Hall on Boulevard des Capucines in Paris.~

Well, as you can see the first two days were full of exploration, so the next two days will be much slower and relaxed. I will be sharing more from my trip to Paris in the days to come, but tune in Monday morning for the regular Monday Inspirational post. I don’t know about you, but there is something about a routine that brings a bit of comfort and sense of home. Rest assured, the muse for this week’s post is the City of Light.

Have a lovely rest of your weekend. Bonjour and Happy Bastille Day. 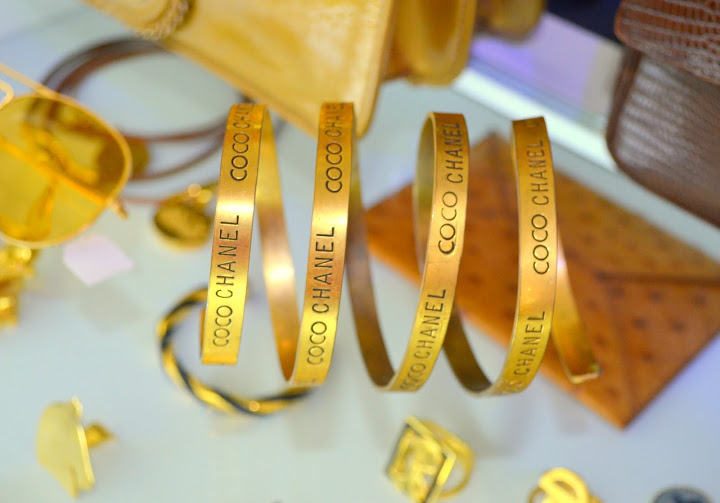