Situated at the heart of Paris, nestled along the Seine in the 1st arrondissement is Les Jardins de Tuileries, where once the seat of power of France called home. The Palais de Tuileries was built during the Renaissance in the 16th century, meant to be the modern palace situated next to what was already present, the Palais de Louvre and Palais de la Cité.

The idea for the Palais de Tuileries came from Catherine de Medici, an Italian noblewoman who set to construct the project after the death of her husband King Henry II in 1559. Created in 1564 the Italian style garden spans the distance between the Louvre to the Place de la Concorde.

Designed by garden designer André Le Nôtre (1613–1700) who is most well-known for his creation and symmetry at the chateaux gardens of Versailles, the gardens were originally created solely for French royals, but starting in 1667 it became what it is today a public park, and the first of its kind in Paris.

During the summer of 2014, one year before I would move to Bend, my mother and I ventured to Portland where a limited-time exhibit was open at Portland’s Art Museum, The Art of the Louvre’s Tuileries Garden. Displayed throughout the garden are wonderful sculptures created by Coysevox and Bosio who were just a few of the artists to create monumental pieces of art that we were fortunate to see as it was the first time these pieces of art had been brought to the states. As well, many artists have captured the Tuileries in their paintings, such as Pissarro, Édouard Manet, Henri Cartier-Bresson, and many of these pieces were displayed in the exhibit as well.

Les Jardins de Tuileries gives us breath in a city that takes our breath away as we wonder in awe from museum to café, boutique to boulangerie and patisserie and so many other dream-come-true-to-see-with-our-own-eyes sites, and so when my mother and I stepped into the garden, the first destination we visited in Paris upon arriving the evening before on the 13th of April was the Tuileries garden. For the first time I was experiencing spring in Paris, or April in Paris as Ella Fitzgerald sings, and it was all abloom with cherry trees in their brilliant pink splendor, daffodils and tulips sharing their beauty, and the blue sky that had not been seen for quite some time in the City of Light as it had snowed, yes, snowed, only the week before.

I will admit, as I was so grateful to be back in Paris after nearly three years, and a wee bit jet lagged, I wasn’t processing all that I learned from visiting the exhibit in 2014, but upon reflection, it was just perfect for our first sight to visit together in Paris to be the Tuileries as we thoroughly enjoyed the exhibit eight years prior.

We set about wandering on our own and would meet up from time to time, and all the while, even with more people sprinkled throughout the garden than I have ever seen before, even compared to the summer season which is the season that I have visited many times before, it was a wonderful visit, and the perfect way to begin to become reacquainted with a city and a country I dearly missed knowing I couldn’t hop on a plane if I wanted to during the past three years.

I would like to share with you both photos captured during our visit as well as a four-minute video to sweep you away to Paris and take you to les Jardins de Tuileries in what is our last post of TSLL’s 7th Annual French Week. I do hope you enjoy, and thank you so very much for all of your time shared to visit this week’s celebratory event to savor all things French with fellow Francophiles. Be sure to stop by tomorrow to see if you are one of the nine lucky winners of the giveaways (click here to ensure you have signed up for all five, the sixth was a giveaway sent to newsletter subscribers yesterday), and if you would like to enter the giveaways, but have not become a TOP Tier Member, visit this page to learn all about the benefits of doing so. 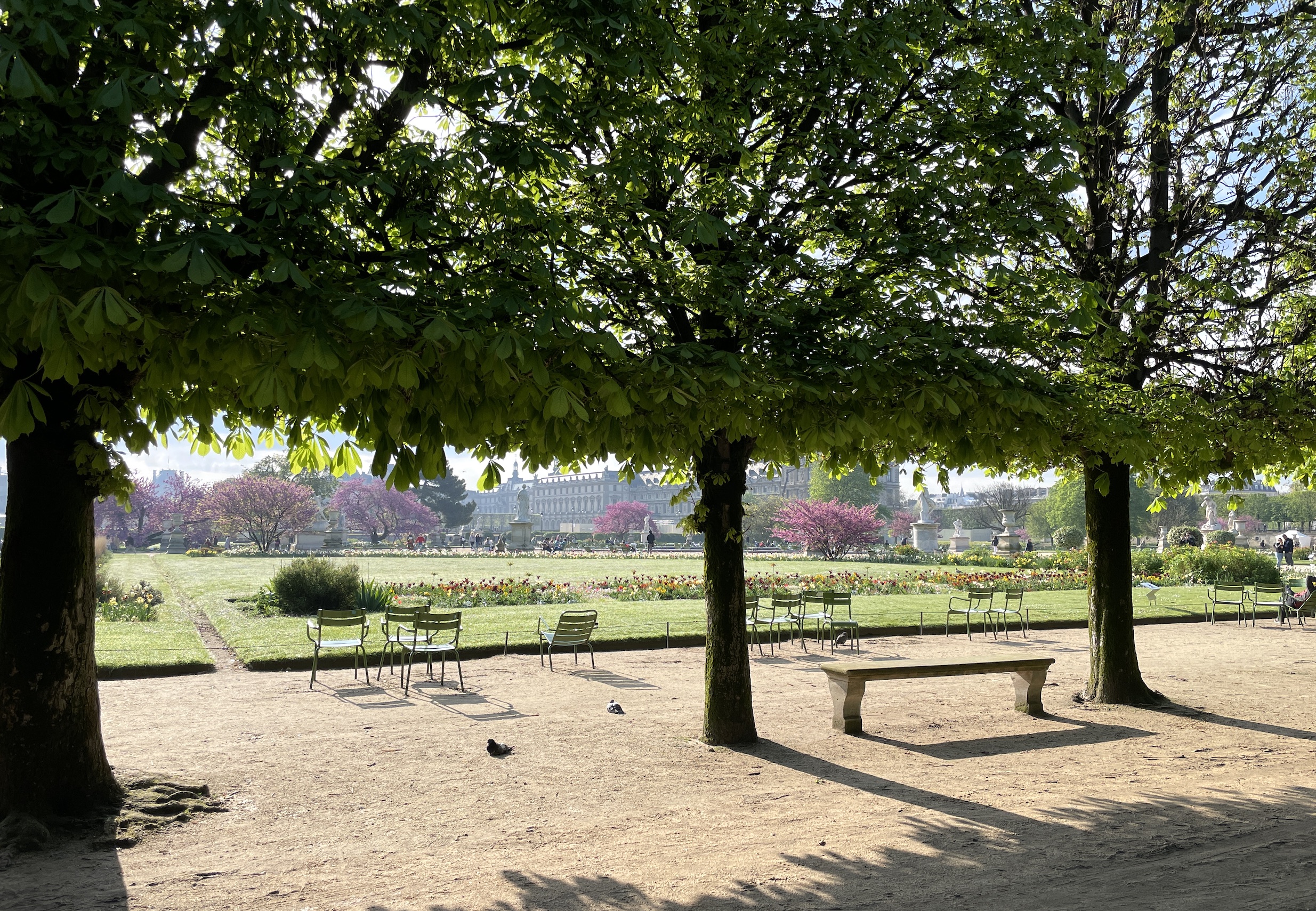