The name, Coquine, French for a mischievous little girl, and the woman behind the name turned her curiosities into an award-winning neighborhood restaurant that is a dream for your tastebuds.
Described as new American fare, the menu is inspired significantly by Katy Millard’s time in France, cooking under the well-known chef Guy Savoy at one of his satellite restaurants. Having spent five years working in the kitchens of Paris, she returned and with her husband, Ksandek Podbielski, opened Coquine on a quiet, cozy corner in the Mount Tabor neighborhood on the east side of Portland in 2015.
It didn’t take long for the food community to taste, appreciate and crown their talents as they were awarded Portland’s Restaurant of the Year in 2016 and then became a nominee for a James Beard award for best chef in 2017.

The truth about my discovery however was not based on their success, as I hadn’t a clue at the point when I woke up last Thursday morning after having arrived in Portland the day before for an Afternoon Live appearance, but rather simply seeking a restaurant which served delicious, seasonal cuisine for breakfast.
Coquine caught my attention for exactly those reasons, a regularly changing menu to incorporate locally harvested produce and an appreciation for simple French-inspired dishes. I was decided, and with its location in a beautiful part of town with minimal traffic, I was even more intrigued.
I wanted comfort, and their soft herb scrambled eggs with crescendo cheese paired with bacon and toasted levain bread (seen above) offered a taste of home with an element of sophisticated flavor and decadence. I wanted something to nibble and savor to begin my day, and their strawberry and black sesame scone paired with Totem Tea’s Ginseng Oolong tea gently welcomed the next 24 hours.
I look forward to an opportunity to make reservation for dinner as the menu teased my tastebuds merely at the descriptions, and if you have the chance to visit Portland, be sure to put Coquine on your places to dine.
~View TSLL’s City Guide for more handpicked destinations to visit here. 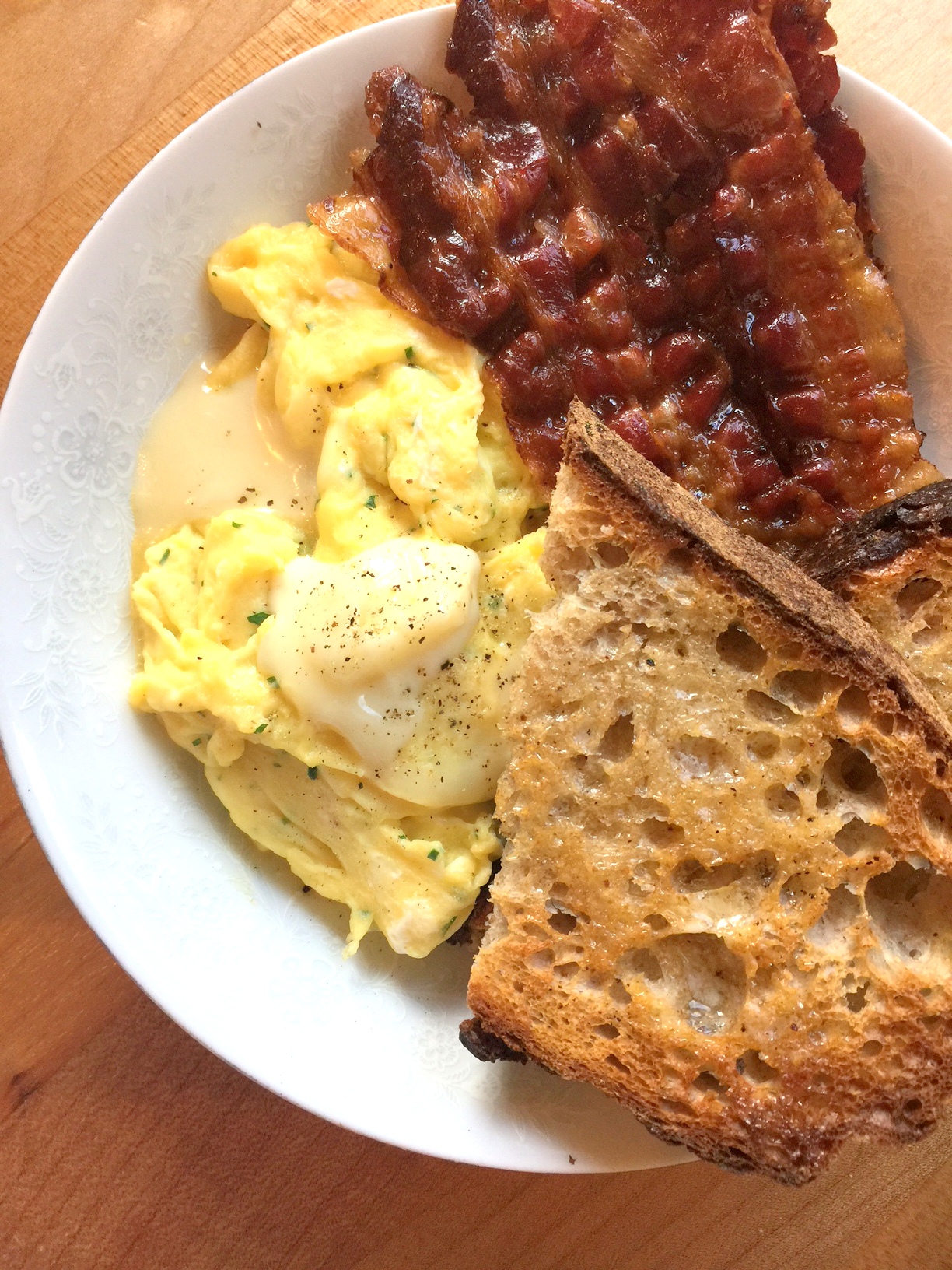