The decision to shift from using bolts to rivets.

That question opens the door for great imagination as while historians know much about the process that took place to build Le Tour de Eiffel, what inspired its design is less well-known if not entirely absent from the history books.

Beginning in late January of 1887, just over two years prior to the World Fair taking place in Paris, Gustav Eiffel, who had just been hailed for his achievement that was the Statue of Liberty, began work to construct his eponymously named tower.

With great consideration and reassurance to his financiers regarding the engineering to safely build such an edifice so close to the Seine River, the film Eiffel, a long-awaited release that shares the genesis, struggle and potential romantic inspiration for the tower, and the later its aesthetic design, was enjoyed just a few weeks ago here in Bend when it was released in the states on June 3rd. Released previously in France and the rest of Europe last fall, many are calling the film France’s Titanic for its focus on a grand and momentous event and piece of architecture that is, for understandable reasons, still talked about today: the iconic and symbolic edifice the world immediately recognizes as being synonymous to saying Paris, Le Tour de Eiffel.

But back to the decision to shift from bolts to rivets.

Don’t worry, I won’t share any spoilers, as this film is loosely based on a true story, but it is the 2.5 million rivets that not only hold the 12,000 pieces of metal in place, they also provide the aesthetic detailing of the Eiffel Tower.

Starring French actor Romain Duris as Gustav and British-French actress Emma MacKey as Adrienne, the film begins in 1886 and 1887 moving through the process and setbacks and successes of building the structure for the World Fair while flashbacking to events that occurred nearly 20 years prior, when Gustave and Adrienne first met. Their meeting we know for sure happened. We also know, while they wanted to marry, interference took place, and thus the plot begins to unfold and hold the audience at attention to understand why their love was thwarted so many years ago. All the while after moving on from the heartbreak, Gustave continues to see his career as an engineer and architect flourish.

Have a look at the trailer below and look for it in theaters now.

Eiffel was the Petit Plaisir for episode #332 of The Simple Sophisticate podcast, The Power and Necessity of Regular and Frequent Reflection 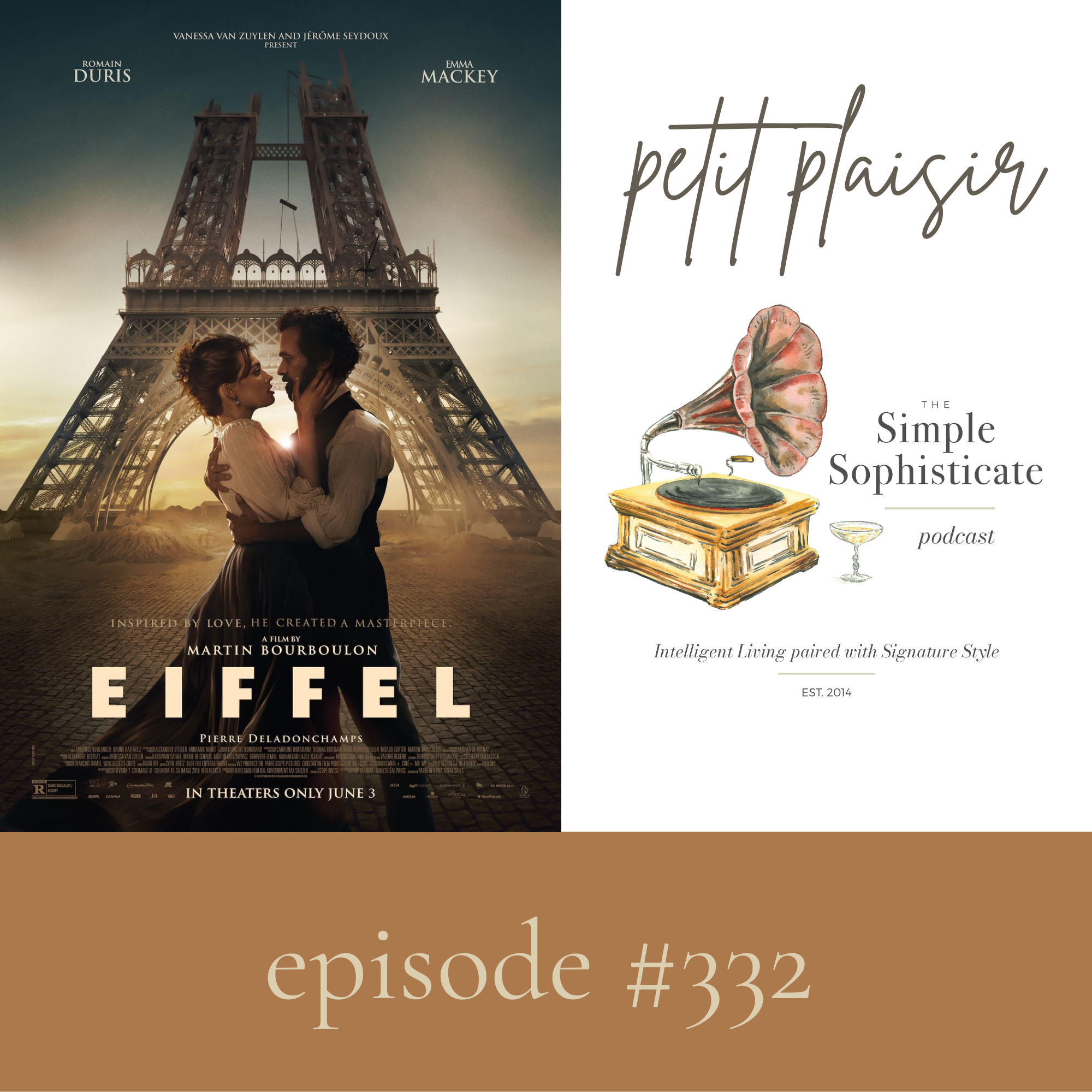