“Contemporary, unmarried life may have felt . . . a lot more complicated, confusing and scary than the simply single option on offer to women of previous generations. But the wholesale revision of what female life might entail is also, by many measures, the invention of independent female adulthood.” -Rebecca Traister, author of the best-selling All the Single Ladies: Unmarried Women and the Rise of an Independent Nation

“Single female life is not prescription, but its opposite: liberation.” But the liberation extends to all women, to all people, married or single, gay or straight. Why? Because as Traister points out in her book which synthesizes five years of research, “single women are taking up space in a world that was not built for them”, and doing so with success, while gradual, that is revealing the internalized assumptions may have been based on suiting a small few rather than the many.

Today’s post is not an attack on marriage or men. Today’s post is an opportunity to see the truth of how and what is going on in the lives of women today with the support of Traister’s recently released book. And to perhaps, as Katha Pollitt puts it in her review, put a “fascinating . . . surprising and heartening” light on the single woman in America and the doors she has been helping to open for all of us.

Truth #1 —There are more single women than married

As of 2009, “the proportion of American women who were married dropped below 50%”. Whether divorced, separated, widowed or never-married, more people were out of wedlock than in. In fact, “today, only around 20% of Americans are wed by the age of 29 compared to 60% in 1960.”

In 1969, “University of Chicago sociology professor Marlene Dixon wrote that ‘the institution of marriage is the chief vehicle for the perpetuation of the oppression of women . . . the role of the wife has been the genesis of women’s rebellion throughout history.'” And the women at the forefront of many of these rebellions were single women or single during the time in which they petitioned and fought for change: Susan B. Anthony, Alice Paul, Gloria Steinem, Clara Barton, Florence Nightingale, Pauline Hopkins, Frances Willard, and Louisa May Alcott just to name a few.

So why then does the paradox persist that historically marriage has been rebelled against, yet modern society still holds this life decision on a pedestal determining whether we’ve reached “adulthood” or worthy of earning certain political rights?

Truth #3 — Solitude is a Forgotten Necessity

The power of solitude is vast and magnificent. At the same time, it is hard to find when others such as a spouse and children have schedules and demands that we are expected to tend to. But perplexingly, companionship is what is perpetuated as being the desired state. So we must want to be coupled, at least that is what society would have us think. And if we don’t, there must be something wrong with us. Ironically and historically, “In all cases, women’s yearning for liberty can be just as keen as the pull toward companionship that has been more widely advertised.”

This is not to say, companionship is bad, but rather only equal, not superior to solitude, “a surprisingly sweet relief”.

Myth #1 — Single Women Are a Drain on the Government

The truth is men have been reliant on the government since its formation in the eighteenth century.

It’s the government that has historically supported white men’s home and business ownership through grants, loans, incentives and tax breaks. It has allowed them to accrue wealth and offered them shortcuts and bonuses for passing it down to their children. Government established white men’s right to vote and thus exert control over the government at the nation’s founding and has protected their enfranchisement since.”

Simply because new laws beginning in the 1970s affording the ability to divorce, have equal access to credit, availability to birth control in or outside of marriage and equal funding of college sports programs just to begin the list of equal protections under the law, is more of a rectifying than an excess of protections women have fought for since the late 18th century. After more than two centuries of a lack of government protection, it seems to be far past due and still has miles to go.

Myth #2 —Being Single Equates to Being Lonely

Bad math, or should I say, bad science, is perpetuating this fallacy of why someone feels lonely.

Journalist Judith Shulevitz has pointed to recent studies showing that chronic loneliness is a medical condition that takes place on a biological, cellular level, that at least part of the propensity for the condition is hereditable and that part of the rest of it has to do with conditions we face as newborns and children, long before anyone is being encouraged or discouraged from pairing off with another individual.”

Rather, being lonely, feeling lonely “is the want of intimacy”. And as many people know, marriage doesn’t have a strangle hold on offering intimacy and neither does it guarantee it either.

It is important to note,

If loneliness is a want of intimacy, then being single lends itself to loneliness because the loving partnerships we imagine in comparison are always, in our minds, intimate; they are not distant or empty or abusive or dysfunctional.”

The golden cage may be what some married folks are contained within, appearing to be beautiful to outsiders, but a trap for those not in a relationship that offers the intimacy we seek.

The longer someone has lived their life uncoupled, the more, typically married considerate loved ones quip, there is a less likelihood that you will be able to successfully be coupled because you will have become set in your ways. However, to become “set in our ways” is more of a reflection that we have become more clear about who we are, what we can and cannot live without. As Traister speaks from her own experience of dating into her 30s, the truth is “the fierce protection of my space, schedule and solitude served as a prophylactic against relationships I really didn’t want to be in. Maybe I was too hard on those guys, but I am also certain that I wasn’t very interested in them.”

In many ways, the emotional and economic self-sufficiency of unmarried life is more demanding than the state we have long acknowledged as (married) maturity. Being on one’s own means shouldering one’s own burdens in a way that being coupled rarely demands. It means doing everything . . . without the benefits of formal partnership.”

Clearly, the quality of one’s marriage will determine how equally shared life’s demands are, but historically, “women’s lives have been meant to be selfless — to husbands, kids, priests, god, parents and community.” More recently, studies have shown unmarried individuals are less selfish than their married peers and more socially and civilly involved as reported by the Council on Contemporary Family and Eric Klinenberg respectively.

The truth is happy and health people tend to be more likely to marry should that be their desired path. Being married doesn’t ensure a better life. Rather entering into a marriage when we are already a healthy, secure individual is a fundamental tool that will help to ensure a happy and healthy life in the future.

Myth #6 —Women are meant to have children

Married or unmarried, women are having children, but there is less of a stigma to do so if one doesn’t have the “child fire” within her.

In the 1970s, one in ten American women concluded her childbearing years without having a child. In 2010, it was almost one in five. Some of the increase in childless women, around half, can be attributed to women who want but cannot have children [and the other half are childfree by choice.]”

Ann Friedman shares, “We’re well aware that we lose fertility at a certain age, but also that we lose professional power after we have kids.” While many women have children, seeing them as the legacy they leave behind, Traister writes, “It is too rarely acknowledge that there are millions of ways that women leave marks on the world, and that having children is but one of them.” Again, the reminder is apparent, simply having the choice, not the mandate is what brings the liberation for all of us.

As anyone who is in a loving, supportive marriage involving two equals will likely tell you, it is hands down rewarding and worthwhile. But the other truth is that it takes dedication and work. Don’t confuse the word “work” with hard work, but it is an effort, a choice to involve someone in your life, to be thoughtful when you’ve had a bad day, to compromise, to understand them, to learn how to communicate effectively, to understand their love languages, and because of that, it is rare. But not impossible.

The author of the book, which is the inspiration and source for today’s post, is now married and has children, having married at age 35. But as she states in her opening line, “I always hated it when my heroines got married”, marriage is not the pinnacle. It’s a choice. It should be a choice. And being single should also be a choice. Neither receiving more or less protections or benefits as one way of life is exalted and the other pitied. Life continues after marriage, and a woman’s dreams should be allowed to grow as well. For if they are squashed because of nuptials, how free is she really?

We simply don’t ask the same questions about the fates of women who marry (even the simple fears, dissatisfactions, loneliness), yet we easily and always consider single women’s equivalent states as tied to their unwed status.”

The premise is faulty that happiness is equated to being married. Now, people may have fallen into the mind trap of accepting this because it is hard to live in such a way that society doesn’t understand, but at the heart of it, it’s not marriage that determines one’s happiness, it is being able to live your truth.

On April 16 this spring HBO will release the film Confirmation starring Kerry Washington as Anita Hill. A national event that single-handedly began the conversation about sexual harassment at the work place and was the catalyst of the “Year of the Women” which ushered five women (the largest at the time, we have 20 female senators now) into the U.S. Senate in 1992, depicts the testimony of Supreme Court nominee Clarence Thomas’ former colleague Anita Hill and the events of her questioning and public response. Anita Hill was interviewed by Traister in 2013 for this book, and pointed out that when women have “sexual and professional agency” it will force the country “to think about women’s work experiences differently, about the hours and days in the workplace, about the economic implications, the cultural and political implications.”

The underlying reality is that the women of the world are diverse in their desires, passions and callings, and “by truly reckoning with woman as both equal and independent entity, we can make our families, our institutions, and our social contract stronger.” The doors can be opened for all of us, for whichever path we choose if we understand there are many ways to live and contribute to the society we live in and want to live in in the future.

~How to Live Alone Well (podcast)

~How to Become the Woman You’ve Always Wanted to Be

~View all of the archived posts on Femininity here.

~All the Single Ladies: Unmarried Women and the Rise of an Independent Nation by Rebecca Traister

~Big Girls Don’t Cry: The Election that Changed Everything for American Women 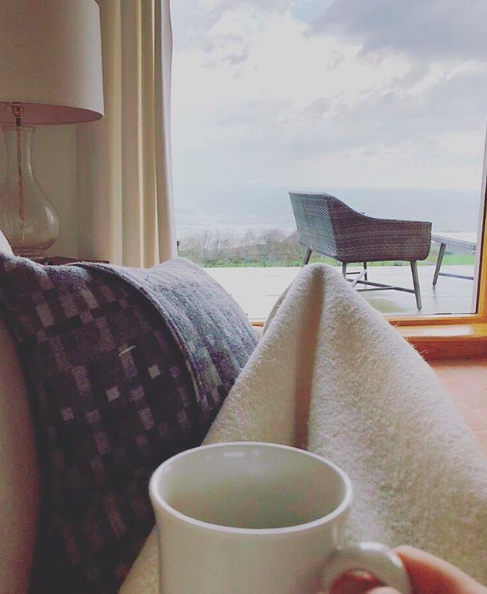 2 thoughts on “The Truths & Myths of the Independent, Single Woman”