It always amazes me how the smallest things can bring a great deal of pleasure and happiness.  In last month’s newsletter which focused on fitness, I suggested to my subscribers to set small goals, little tweaks in their lifestyle that would eventually add up to lasting results.  I also promised that the results of the changes I had incorporated as of late June  would be shared on the blog at the end of July (and I do, I promise – just read the first two suggestions to see how I did).

But my wheels began to turn about the concept of making small tweaks in our lifestyles that can yield very consequent results. And with that said, a new Why Not series came into being.
Throughout the next three weeks on Wednesday, I will propose suggestions of small tweaks that can improve the quality of your life whether it be in the area of health, organization, serenity, beauty and other aspects of your life that are often attempted but aren’t adhered to consistently due to lack of time, energy or the acceptance of the reality that a major change is hard.

This is precisely why the tweaks, or changes, I am going to suggest should be small.  By making simple small tweaks, the change is more likely to stick permanently because they only slightly impose on your life as it is, thus making it easier to do repeatedly (because in our minds, it’s easy to do) and the more often you are repeatedly doing it, the more likely it is to become a habit. Let’s get started.

In other words, do one thing at a time so that you are conscious of what you are doing.  Americans are well-known for being multi-taskers, but in participating in this habit, the quality diminishes, because something isn’t being done well, it is simply being done and you might just get smacked in the face with something you didn’t expect because you aren’t committing your full attention.  For example, when you are driving and eating – are you enjoying your food? If you’re not enjoying your food, why eat at that particular time? Why take on the extra calories if they aren’t bringing you pleasure?

Eating is the one area I wanted to change in my life with regards to this concept.  I, for the last month, have not allowed myself to eat while driving, but especially not while I was watching television.  And I have to say, two “light bulb moments” occurred to me – one – I’m eating slower which causes me to become full faster, thereby decreasing the amount of food I eat, and two – I find I’m not choosing to snack nearly as much because if I chose to snack before it was while I was rushing around doing something else or lounging and these aren’t viable options anymore, thus reducing my calorie intake.

So often, we make promises to ourselves and sign up for a tremendous undertaking of responsibilities which is then piled upon what we are already doing.  When we do this, even if the addition is an improvement or a positive change, it is added stress which makes it less likely for the change to continue to occur.  Instead of taking those new Pilates classes three times a week, why not start with just once a week?  The change you are seeking won’t happen rapidly with this type of a small tweak, but you are much more apt to continue to be enrolled in the class six months from now than you would be if you overwhelmed yourself in the beginning. And ultimately, don’t you want the changes you make to be lasting, not quick and fleeting?  So just think of the saying that goes “Easy does it.”  Be the tortoise. (My goal was to include yoga in my fitness routine, and I have been going to just one class a week, which for me works, otherwise I wouldn’t enjoy it nearly as much.  By taking it a little at a time, I truly do look forward to it each week.)

Your language that is. Recently on Balance in Me by Anastasiya Goers, she made a point I found myself agreeing with wholeheartedly.  A simple positive change we can make in our lives is to clean up the language we use.  Not only is cussing impolite, but it causes others to be made uncomfortable, even if they aren’t the person it is directed at, and displays an uneducated mind who hasn’t the wherewithal to come up with something more creative to say.  So the next time you are frustrated (because I recognize that this is a reality in everyone’s life), make up your own word you use to express your anger that isn’t belligerent.

This one may sounds silly at first, but hear me out.  The UPS delivery company has a policy that

drastically reduces their gasoline costs and time on the road, and all it is is “only making right turns”.  Think about it, the less time you spend idling your car in the middle lane to make a left turn, the less gas you’re using and less time wasted.  You add up how many minutes you’ve eliminated from your day, and you’ve decreased your gas budget.  Now this may take some more thought because you will be taking slightly different routes, but it has the potential to not only help your pocketbook, but help to decrease emissions a bit too because you won’t be on the road as much.

A simple tip I learned shortly after I graduated from high school while staying with some family friends was to upon leaving the house, or going to bed for the night, tidy up the room you were in or were using.  Another way to look at this is, when you arrive home from work, or being away, the peace of mind that you feel knowing your house is put together and ready to be lived in eliminates quite a bit of stress.  It is a similar thought when you wake up in the morning.  Who wants to walk into the kitchen for breakfast to find dirty dishes – not a great way to get started on the right foot.  So the next time you are walking out the door, look around, pick up the blanket, put the dishes in the dishwasher and in less than two minutes your house is tidy and ready to be enjoyed.

Click here to read part two in the series and here to read part three.  I’d love to know your thoughts, if you’ve tried any of these suggestions already, or what other ones came to mind that you would add to the list.  Have a wonderful day, and thanks for stopping by. 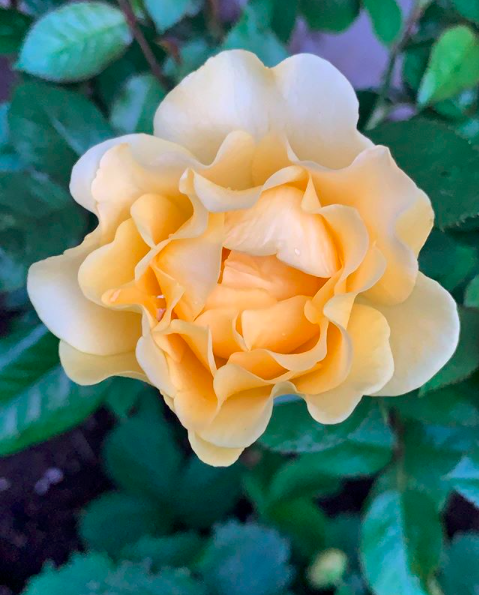