Breaking the fourth wall repeatedly throughout each of the six episodes that are now streaming on PBS Masterpiece Mystery (originally airing in Britain in fall 2021), look for a new episode to be released each Sunday. It is the subtle humor and self-deprecating awareness by Nicola Walker’s character that create a tone of inclusion for the audience. No longer is the audience completely unconnected or simply an onlooker as Walker invites the audience to notice the details that often get brushed over by traditional crime dramas.

Have a look at the trailer below, and enjoy a new approach to a traditional trope of mystery story-telling.

Watch the trailer for Season 1 (below)

~Annika was a Petit Plaisir for episode #342 of The Simple Sophisticate podcast, 10 Items I Am Wearing This Fall for Timeless Style (and to stay warm and cozy) 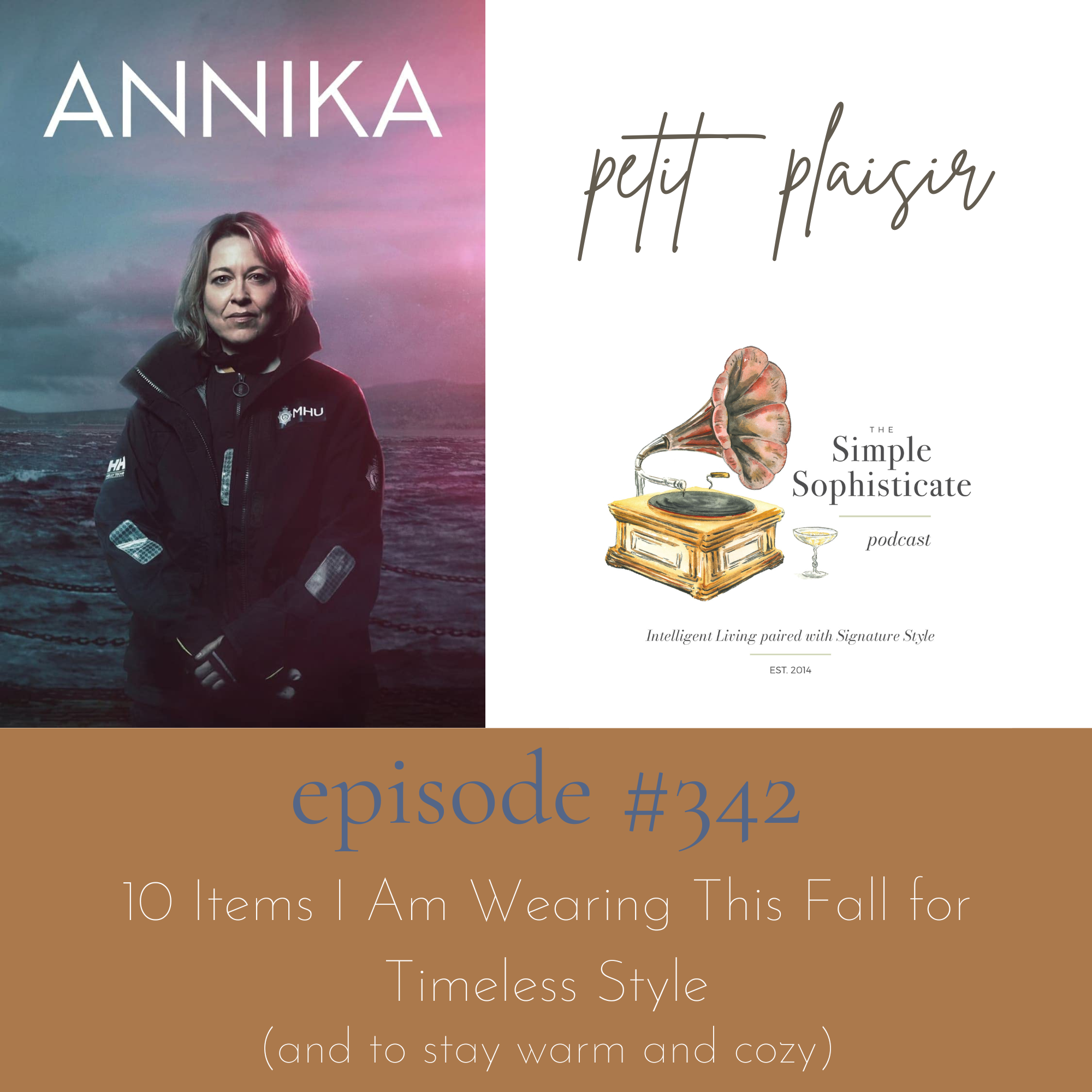