After nearly two years, The Duke has arrived in theaters here in the states, and it was worth the wait.

Set in 1961 England, Kempton Bunton (Jim Broadbent), a 60-or-thereabouts-years old (his answer to the question on the stand is honest and explains he doesn’t have a birth certificate so doesn’t rightly know, but he knows where he was born!) who has difficulty holding on to a job for too long due to his penchant for standing up for the rights of his fellow workers and citizens (which is often not what his bosses want, nor his patrons when he becomes a taxi-driver), acquires the much-talked about-in-the-current-news painting by Francisco Goya of The Duke of Wellington.

On display at the National Gallery, Bunton steals it (or so he says) and sends a ransom asking not for money for himself, but rather “saying that he would return the painting on condition that the government agreed to provide television for free to the elderly”. For those of us in the states, beginning after WWI, the BBC (British Broadcasting Corporation) began providing not only news service via radio and television but more predominantly entertainment programs. All Britons receive the many channels for a small tax/licence fee regardless of their age and must have a license. Currently the license fee is of £159 a year (£53.50 for black and white TV sets) and is to be frozen at this price for two more years as determined by the MPs of the House of Commons (read this post to learn more of the details of its charter statement, how the funds are used and why you can be prosecuted if you do not have a license as Bunton was as depicted when the film begins). While this still continues today, Kempton Bunton’s efforts were not in vain, currently, as of “August 2020, any household with someone aged over 75 who receives Pension Credit will be entitled to a free TV licence paid for by the BBC. Currently all households with people over 75 are entitled to a free TV licence.”

But back to the stealing of the painting of The Duke of Wellington, which to this day is the first and only painting stolen from The National Gallery in London. Based on true events, the details revealed in the movie had just recently come to light as to exactly what happened, and while I don’t share any spoilers, needless to say, it is a heart-warming film that will restore your confidence in humanity both on the side of the citizen and the side of the government operating through the democratic process of justice.

In fact, after watching the film at a local boutique theater near Bend, a couple of movie-goers after having seen the film expressed their enjoyment of the story and conveyed appreciation for the tone as well as outcome that indeed did happen as this is based on a true story. And then one woman went on to say, “The English play the English so well!” That comment made me smile. They then went on to talk about how malleable Helen Mirren is as an actress as she plays a supporting role as Bunton’s wife in the film, and disappears into Dorothy Bunton all but the fact that Mirren’s visage is just so memorable, it’s hard not to see her. Regardless, both she and Broadbent light up the screen even when she is reprimanding him for losing his job (or another job), and their young son Jackie, played Fionn Whitehead (you may remember him from his leading role in Dunkirk) becomes a favorite in the film as well for his admiration and affection for his parents.

Speaking of their son Jackie and how this story is just now becoming well-known. While the 50th anniversary of the theft did receive some news in 2011, it wasn’t until Kempton Bunton’s grandson, Chris Bunton, Jackie’s son, learned of the story from his father sharing it with it one evening. Upon listening to the story and realizing that indeed it was true, he wrote up a draft of it that eventually found its way to the current screenwriters. Chris Bunton shares that while they did take some license to add more comedic touches in how certain scenes played out, the storyline and events are true (read the detailed interview here). The one detail that is changed in the timeline is the inclusion of Jackie falling in love with his future wife. While Jackie didn’t meet her until after the events, and they didn’t marry until 1971, the screenwriters decided to include her in the storyline which is something Chris was happy they did, inviting his mother into he storyline.

Many details from the actual events were included, such as the full-color picture of Kempton and Dorothy’s daughter Marian who died at the age of 18 (this begins the film, so do not worry, I am not giving anything away). This picture is the actual picture of their daughter. As well, the scene in which Kempton stands up for a fellow baker at the bakery job, which ultimately causes him to lose his job, this too happened, although his grandson states the lines from Gandhi were not uttered.

All of this is to say, if you haven’t seen the film yet, I am fairly confident you will enjoy it. Broadbent is a thoroughly delightful Kempton Bunton, and the scenes in the courtroom are quite wonderful to watch. Keep in mind as you watch Kempton’s testimony, all of these lines were pulled from the actual transcripts, so yep, he would have certainly been a joy to listen to and any jury would have had a hard time convicting him.

~Read The New Yorker article, Can The BBC Survive the British Government? (discover the history of the BBC as well as its current status)

This Petit Plaisir was included with episode #329, 20 Life Lessons Learned on My Recent Trip to England 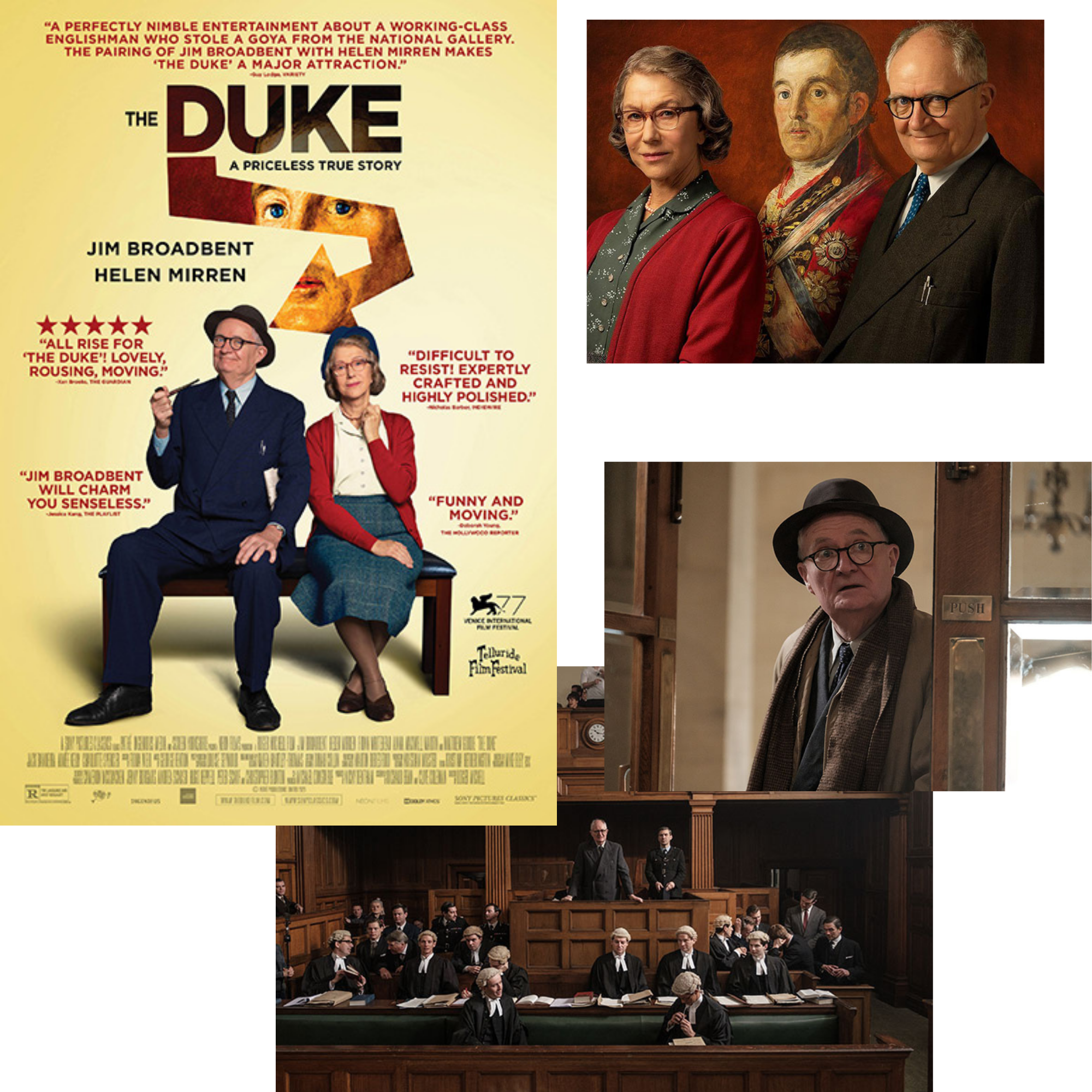