There are days in our lives that truly dance.

Today was one of them, and it was punctuated with the serendipitous discovery of a Francophile film to love. (view my IG Stories for a glimpse into this simple, yet lovely day)

The soundtrack alone, for my fellow classical music lovers, will move and overjoy you, add to that a story about designing and luxuriating in French gardens and the history of Versailles, and then with Winslett, Rickman, as well as Belgium actor Matthias Schoenaerts and the beloved Stanley Tucci, and well, this is a film to love.

Inspired by the famed Palace of Versailles and the grand architect behind the magnificent grounds, André Le Nôtre played by Schoenaerts (Le Nôtre also redesigned the Tuileries gardens and the main avenue, later called the Champs-Élysées), the screenplay was written by Alison Deegan – her first script. Creating a fictitious female lead with Sabine de Barra who holds a sadness that we do not learn of until the end, it is her unrelenting strength, independence and sincerity that are far superior to any past sorrows. The story follows her journey after being selected by Nôtre to design The Ballroom Grove on the vast property of Versailles. Set in 1682 (Nôtre began working on Versailles in 1661), de Barra’s storyline may be fictitious, but it is nonetheless inspiring in a variety of ways, which is precisely the point.

Critics did not like this film, but I do not care.

Yes, the historical accuracy is fudged more than a bit – and intentionally so, that is the fantasy of it all. The gentleness of the story, the romance that slowly, yet gradually and inevitably transpires between Nôtre and de Barra, the conversations between de Barra and King Louis XIV and the culmination and grand reveal of the Ballroom Grove complete with a live orchestra that is playfully hidden as to seem as though the sound is coming from the heavens, all create a film that is well-written for an audience who appreciates a marvelously thoughtful, considered film.

I luxuriated in the simplicity and lack of unnecessary drama, and while interestingly enough the entire film was filmed in England as Rickman was the director, that too made me smile when I learned of this little detail. Between the horses drawing the carriages that are magnificent in their strength, the quiet moments captured in private, petite gardens, and the talent of Winslett, I couldn’t recommend this film more highly.

It originally debuted as the final film at the Toronto Film Festival in 2014, and for the life of me I do not know why it took me so long to learn about this film. But now that I have, I look forward to watching it again, listening to the soundtrack on auto-repeat and enjoying one of Alan Rickman’s last films. He will be missed dearly.

Interesting facts of note about the film:

A Little Chaos, the film is viewable now on Netflix, and you can also watch it on Amazon Prime. I do hope you enjoy as much as I did, and may the remainder of your weekend dance wonderfully along.

Have a look at the trailer below: 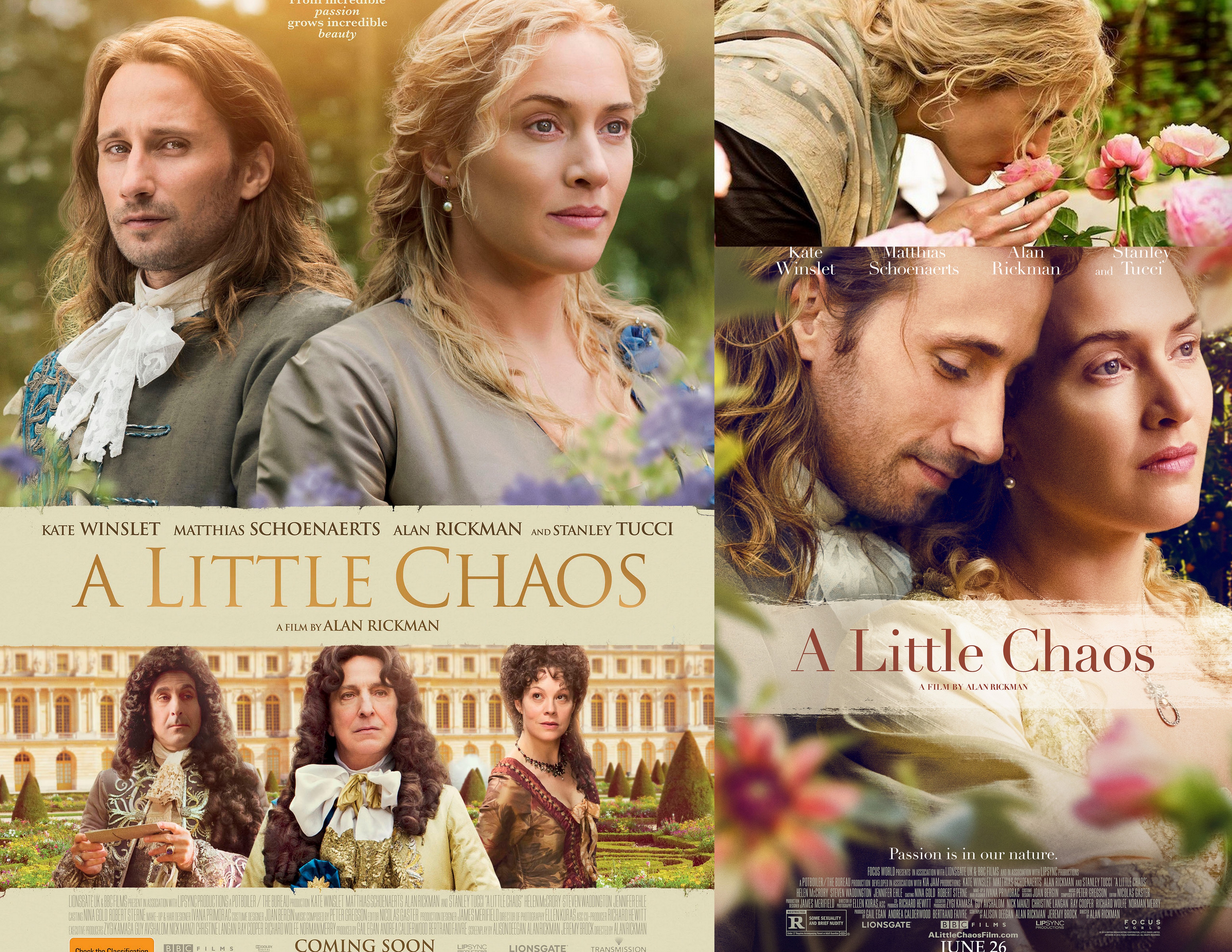 18 thoughts on “A Delightful Francophile Find of a Film: A Little Chaos”