Is it possible for Mother Nature to be so in tune with the going-ons of TSLL that she would turn the rain on in celebration of the commencement of British Week? 😉

I kid completely, but it was a joy to wake up to a gentle rain falling on the yard and porch this morning. And if you had seen me, you would have seen a smile stretching from ear to ear (and maybe a little bit of a happy dance).

Being an Anglophile, what we admire about the British, is unique to each of us as we have our own experiences that have inspired our affection. For some it is the city of London solely, while for others, it is the countryside, and still others a combination of the two. However, when we meet someone who is equally as delighted to share their love of Britain, a spontaneous burst of dopamine may dance through our being as we share our experiences, gather new places to visit and ideas to try to welcome the British way of living a bit more into our daily life.

On this first day of TSLL’s British Week, I thought this post would be most fitting. I have shared below 30 characteristics of an Anglophile that came to my mind, but as I shared before, everyone has their own, and I do hope you share one or more in your comments to add on to the list.

1.You prefer to accompany most life moments, good, not so good and everything in between, with a cup of tea.

2. Rainy days make you feel right at home, and in fact, they may just be your favorite weather pattern.

3. It is without hesitation that you know Hercules Poirot is Belgian, not French, and not British. Belgian, Mon dieu! (as Hercule might say)

4.You know what a tea cosy is, even if they may be hard to find outside of Britain. (Etsy has many unique and wonderful ones to choose from. My preference is a crocheted cosy, but there are many different styles to suit your taste.)

5.You woke up in the middle of the night (if you lived in the states or anywhere not in Europe) to view Prince William and Katherine MIddleton’s wedding in April 2011 without questioning whether you would be your best self for work (it was on a Friday).

6. And subsequently, you didn’t give a second thought to disregarding sleeping in last year (on this very day!) when Prince Harry married Meghan Markel (it was a Saturday morning).

7. Whether you view The British Bake Off or The British Baking Show, you have viewed each season, and if you’re like me, don’t mind watching seasons repeatedly as background while you go about other business as it is pleasurable, about food, full of cheesy puns and light-hearted humor and full of support for the contestants as they attempt the most awesomely impressive baking feats.

9. You remember where you were when you heard the tragic news of Princess Diana’s death in August 1997.

10. If it’s a British series or movie, your interest is piqued. A short list: TV — Sherlock Holmes, Prime Suspect with Helen Mirren (anything with Helen Mirren), to Downton Abbey, Doctor Who, Midsomer Murders, Upstairs, Downstairs, The Crown, Victoria, Coupling, The Office, Absolutely Fabulous, Fawlty Towers, Yes, Minister; and Movies — Elizabeth, Notting Hill, Four Weddings and a Funeral, The Full Monty, Love, Actually, The Calendar Girls, The King’s Speech, Billy Elliot, any film based on a Jane Austen novel, Bridget Jones, and I am wrapping up because this list could go on for days. Please do share your favorite British films in the comments below.

11. You wholeheartedly agree British theatre is worth buying a plane ticket for (if you live beyond the island or European continent). The last time I had the opportunity to view a play in the theatre district, the woman sitting next to me, from New York, shared, she regularly hops the pond for her regular theatre holiday in London. Having seen two plays in London, if I could afford to, I would too.

12. When hearing the phrase Fortnum & Mason and you know exactly what is being referred to. Fortnum & Mason is a mecca for tea, holiday and special occasion hampers, high tea or simply a good meal in one of their many restaurants. (view images from my trip in 2012 of Fortnum & Mason)

13. Owning an umbrella is an absolute necessity no matter where one lives in the opinion of an Anglophile.

14. You admit that the history of monarchs of Britain and its past may be hard to swallow at best, but you are still fascinated by the culture.

15. You know the British spelling of words that the Americans have changed, and find yourself defaulting to the British spelling from time to time. (British vs. American) Cosy vs. cozy; theatre vs theater; apologise vs apologize; neighbour vs neighbor; travelling vs traveling; judgement vs. judgment. Here is a full, aphabetized list if you are curious.

16. Speaking of language – You delight in learning the different words for seemingly similar events (and yep, sometimes use them). For example (British vs. American), takeaway vs. takeout; jumper vs. sweater/knits; chips vs. fries; crisps vs. chips; biscuit vs. cookie; dummy vs. a child’s pacifier; hamper vs. a picnic basket; and holiday vs. vacation. View a detailed list here.

17. You have a deep affection for at least one British musician, but most likely many. Perhaps one of them is included in this list (if not, please do share in the comments) Adele, Sam Smith, The Beatles, David Bowie, Elton John, Phil Collins, Ellie Goulding, George Michael, Sting, Ed Sherran, Coldplay.

20. You tune in to the annual Wimbledon Tennis Championship, and you’re not even a fan of tennis.

21. Clotted cream and scones is always a good idea. Oh, and Strawberries and Cream as well.

22. Speaking of food, you know that Yorkshire Pudding is not a pudding at all, but rather made from a mixture that resembles pudding, is equivalent to a popover here in the states, and is actually quite easy to make.

23. The sight of tea cups and saucers brings a smile to your face.

24. Pubs and fish & chips and even for non-beer drinkers, a pint of beer, just go together. And upon visiting Britain, a pub stop is a must-do.

25. No matter how lost you may get on the streets of London, you love the city more with each wrong turn.

26. Even though you are a devoted Francophile as well, there is a part of you that finds the London parks to be more comforting and more naturally beautiful than Paris’s (and that is coming from someone who loves Paris and adores the Luxembourg Gardens!)

27. You know that Spotted Dick is not a filthy phrase (but rather a steamed pudding for dessert).

28. You follow Monty Don on television, through his books and/or his Instagram even though the climate for growing plants that you live in is not as forgiving as his.

29. “Looking Right” was at first something odd to see written on a street next to the curb in Britain, but now you automatically look right without thinking about it, even if you aren’t in the city.

30. You realize you have been an Anglophile for quite some time upon further rummaging through your life experiences, thoughts, preferences, items saved, in my case, blog posts written and saved in the archives.

~View all of TSLL’s British-Inspired posts in the Archives

~Do you enjoy reading TSLL blog and visit regularly, but would prefer to read the blog without ads? I have some good news for you. For a limited time, during British Week, the price for a monthly or yearly ad-free subscription has been reduced. Simply use the following promo codes below when you subscribe (or learn how to subscribe) here. The discount runs through Sunday May 26, 2019.

~Image: captured during my trip to London in November 2017 – see more of my excurions about the city here. 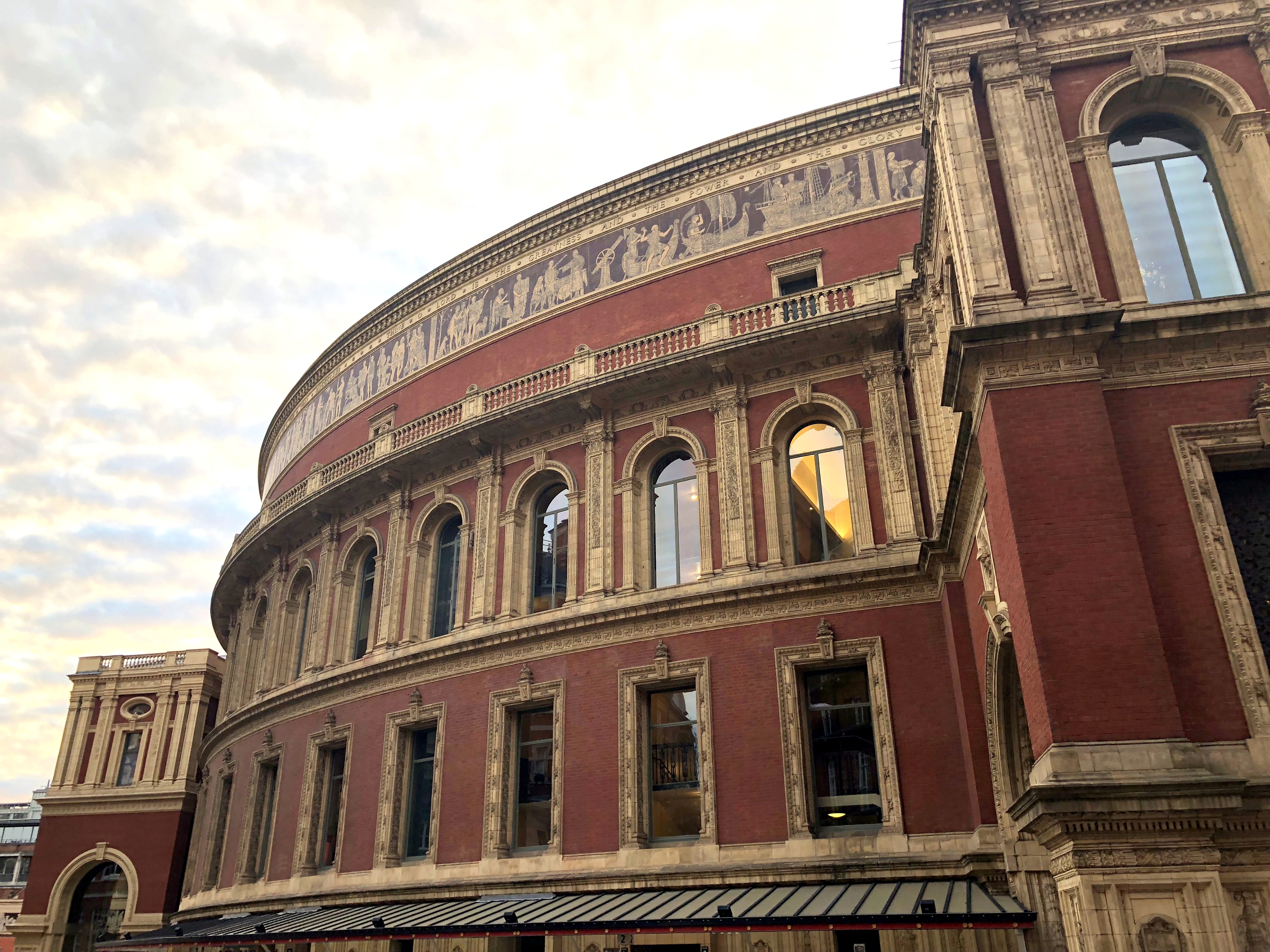