A new television series to watch adapted from a favorite from the past, a film with Dan Stevens that will make you laugh as much as it will make you think, a new release from an author whose first title was a smashing success for cosy murder mystery lovers, a new streaming service for Francophiles, signature wardrobe details to be worn for years to come, a documentary praised by critics and still much, more more.

—The Man Who Died Twice: A Thursday Murder Club Mystery by Richard Osmond

Being released this coming Tuesday is the second Thursday Murder Club mystery written by bestselling author Richard Osmond. I devoured his first title, and look forward to his creative, yet cozy-style approach to telling a tangled mystery.

—The Stolen Lady: A Novel of WWII and the Mona Lisa by Laura Morelli

Released this week, a historical novel about two women, separated by five hundred years (1939, France and 1479, Florence, Italy), who each hide Leonardo da Vinci’s Mona Lisa—with unintended consequences. Sounds like a great plot to me!

Upon reading an article last week about How to Age Gracefully, Steve Petrow’s book was mentioned, so my curiosity was piqued. Released this past June, in “Stupid Things I Won’t Do When I Get Old, Petrow candidly addresses the fears, frustrations, and stereotypes that accompany aging. He offers a blueprint for the new old age, and an understanding that aging and illness are not the same. As he writes, ‘I meant the list to serve as a pointed reminder—to me—to make different choices when I eventually cross the threshold to old.’”

I know I brought the British release date to you last week (Tuesday September 21), but I just wanted to remind you that now available on Netflix, the latest series, released three days after it goes live in Britain, is the Great British Baking Show’s latest season – collection 9. You know what I will be watching tonight. ☺️

Released this past summer, a documentary about Alvin Ailey, the a “visionary artist who found salvation through dance. An immersive portrait told in his own words and through the creation of a new commission inspired by his life, Ailey fully profiles this brilliant and enigmatic man who—when confronted by a world that refused to embrace him—was determined to build one that would.” Have a look at the trailer below and look for it in theaters now. Our local boutique theater will be showing it soon, and I look forward to viewing.

Critics have applauded the film, I’m Your Man and already it is winning awards. Nominated for the 2022 Oscars for Best International Film and the lead actress Maren Eggert winning the taking home the Berlin Film Festival award for best leading performance, I’m Your Man takes “inspiration from a short story by Emma Braslavsky, and sharing DNA with Spike Jonze’s Her, Schrader’s intriguing tragicomedy is a witty and nuanced take on the familiar odd-couple dynamic, questioning love, longing and what it takes to be human.” Critics are raving both about the film and Downton Abbey‘s Dan Stevens, who stars as the AI robot, and speaks flawless German. Have a look at the trailer below and look for it in theaters now.

In exciting news for Francophiles who want to brush up on their French as well as well as enjoy French series and films, the France Channel. I have just begun streaming it, but as you will see in the trailer below, oodles of shows are available. Enjoy perusing!

—Coldplay, Music of the Spheres

Released this past July, Coldplay’s latest album has critics giving high marks. If you are a fan, you likely already have the album, but just in case, here is a trailer of what to expect.

With SATC’s sibling series And Just Like That soon to premiere on HBO Max, I couldn’t help but remember Carrie’s signature eponymously named necklace. An updated option, and equally timeless and unique, a single letter from a respected designer.

Full confession: I’ve already binged the entire season. Season 8 of the Danish series that takes you back to the 1930s and 40s is now available on Amazon Prime. There are five episodes, so savor them slowly (advice I did not heed 🙃). I cannot wait for season 9 based on how this latest season concludes.

Having just premiered this past Wednesday on ABC, The Wonder Years returns and while still set in the late 1960s, the new series takes a nostalgic look at a black middle-class family. Have a look at the trailer below. I am looking forward to watching.

Autumn arrived on Wednesday and here in Oregon, across the state while taking in the bucolic slower pace of both the west side (the coast) and east side (my parents’ country home), I have been in awe of how Mother Nature puts on a stunning show.

The above dahlias take center stage in a corner of my mother’s garden amongst asters, climbing Virginia Creeper and a multi-complex bird house (à la Mode dahlia varietal), and I enjoyed touring every nook yesterday upon arriving for a short visit. I realized I have not made the trip to my parents’ home during September for many years, and what a beautiful time of year to be in Wallowa County.

This week on the blog proved to be busy beginning with the second episode of The Simply Luxurious Kitchen, a Saturday Ponderings . . . post, a new podcast episode, and two posts on Wednesday. If you are subscribed to the weekly newsletter, your email should arrive shortly with all of the links. Also, if you subscribe to the Monthly Newsletter, I just sent out a head’s up email to let you know that the delivery date has permanently changed to the final day of the month to make sure you receive all of the month’s posts, episodes and videos. Look for it to arrive with an exclusive dose of inspiration along with the entire month’s content on Thursday September 30th.

I do hope the new season, whether fall or spring, has begun well. Below are a handful of articles, posts and one video I think you might enjoy. Thank you for stopping by today and look for a new episode of the cooking show tomorrow – what to do with all of those peaches! – the question is a delicious one (and simple too!). Until tomorrow, bonne journée.

~A lovely, cosy pub with rooms to rent in the Wiltshire countryside – be sure to check out the pics as one room as the most beckoning soaking tub [House & Garden UK]

~Go for a walk – A thoughtful essay about walking and its meditative gifts from Arthur Brooks. “The Camino is all about walking, not arriving, which forces one to live in the moment and (at least temporarily) to abandon the fruitless chase for lasting satisfaction through bigger accomplishments and better rewards.” [The Atlantic]

~Ted Lasso came away with oodles of Emmys including best comedy, best actor, best support actress and actor and many more. As a fan of the show, I cannot recommend it more highly (look for it to be a Petit Plaisir soon and a detailed review shared).

~7 Thoughtful ways to unite a community [Pick the Brain]

~To use social media or not, one introvert explains why they stepped away and how to still remain connected [Introvert, Dear]

~Paris is closing its borders to unvaccinated American travelers [Frenchly]

~Understanding tenacity and how to use it to be successful [LifeHack]

~How to age gracefully [The New York Times]

~Rick Steves’ recent profile piece in The New Yorker encouraging people to stretch themselves to travel.

~Unrushed: how to feel more spaciousness in your day, instead of time scarcity [Zen Habits]

~The Arc de Triomphe is wrapped! Christo’s final work stands prominently in the middle of the Arc de Triomphe de l’Étoile with the twelve roads radiating out around the monument, and now you can view it along with all of Paris [NPR & Reuters] (September 18-October 23) 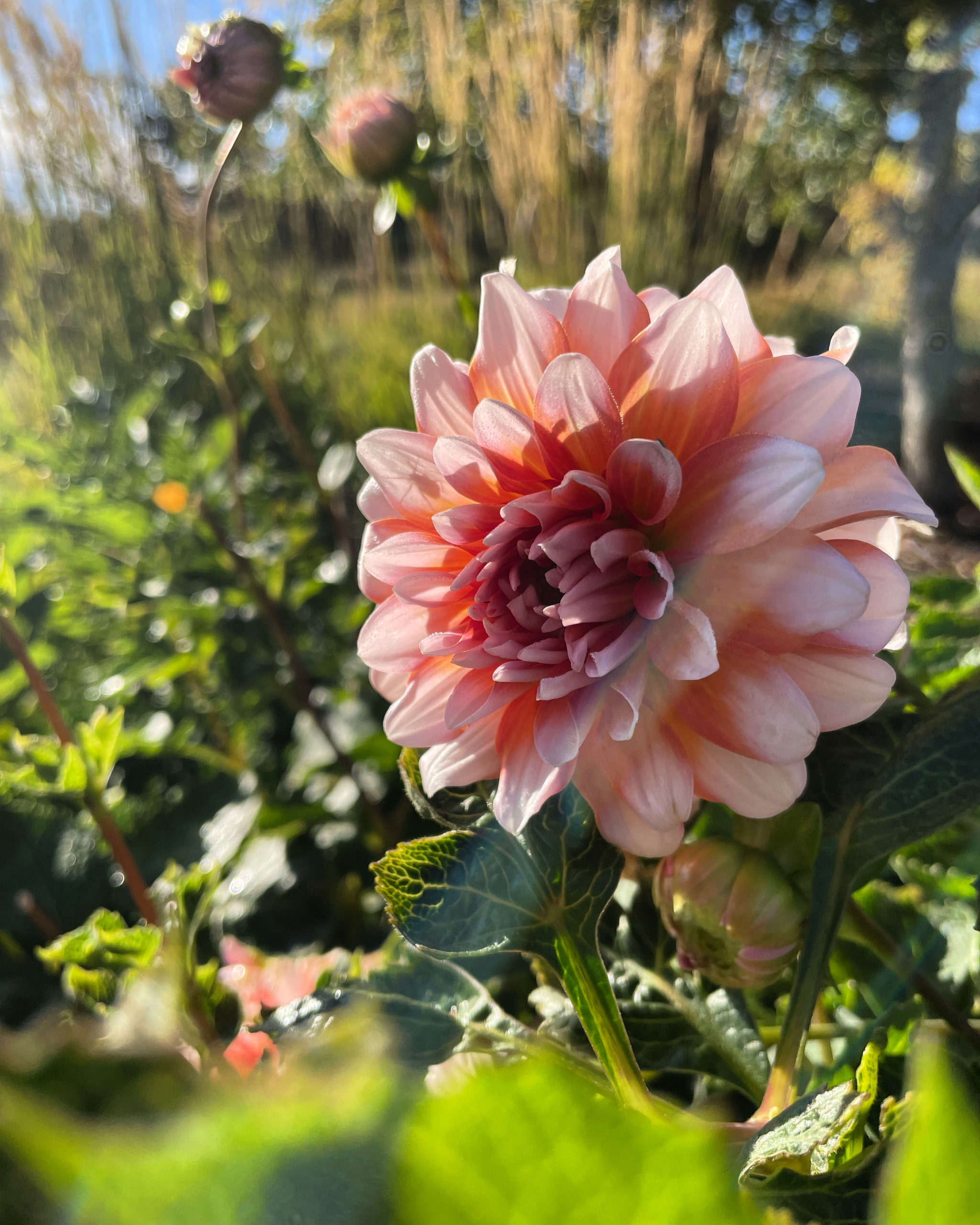