The return of a much anticipated 13th season of a beloved series, critically acclaimed films debut, a new cookbook from a favorite British baker, a new mystery series inspired by Agatha Christie, a sale on fall clothing finds, scarves from France to wrap you in warmth, and much, much more.

—Spaces for Living by Tamsin Johnson

Released this past Tuesday, acclaimed Australian interior designer Tamsin Johnson, known for her fresh interiors that evoke luxurious ease and coastal elegance shares a book “celebrating comfort, character, and user-friendly design”. Exercising her approach to décor that marries the “veneration of European heritage with characteristics of modern coastal Australia . . . Johnson gracefully shares her ideas, images, and stories to illustrate these principles for readers, resulting in a book that is both a rich visual resource and design reference.”

Set in 1944, in both Tuscany and London, being released this coming Tuesday and with great anticipation from critics, Sarah Winman’s new novel is a “richly tapestried story of people brought together by love, war, art, flood, and the ghost of E. M. Forster.”

Finally, at long last, fans of Dr. Who need only wait until this Sunday for the premiere of Season 13. Watch on BBC, HBO Max or BritBox. Have a look at the trailer for the new season below.

—Love to Cook by Mary Berry

Yep, Mary Berry has a new cookbook and currently it is only available in the UK (but US readers can purchase it on this link and have it shipped to you for free!). Just released yesterday, find 120 recipes shared on her BBC series which will begin airing in early November.

A brand new mystery series, book #1 tells the caper of Agatha Christie’s fictitious housekeeper Phyllida Bright. While the hall – Mallowan Hall – is fictitious as well, the name is inspired from Christie’s second husband. Look for more of these mysteries to follow. Having received an advanced copy, I am enjoying it currently, and think you might as well.

The last completed novel by bestselling spy novelist John Le Carre (his pen name), “Silverview is the mesmerizing story of an encounter between innocence and experience and between public duty and private morals.” Released on October 12th, critics are clamoring on the awards and praise.

Being released on Netflix today, directed by Elizabeth Hall, and a story inspired by her own life journey (watch her interview with CBS Sunday Morning here) is the film Passing. “In 1920s New York City, a Black woman finds her world upended when her life becomes intertwined with a former childhood friend who’s passing as white.” Have a look at the trailer below.

A documentary much anticipated in France was just released on Wednesday. Jane by Charlotte is “actress Charlotte Gainsbourg look at her mother, Jane Birkin, in a way she never did, both overcoming a shared sense of reserve. The mother and daughter explore their relationship.” Have a look at the trailer below, and if you’re in France, it is now in theaters.

A wonderful French cozy mystery series has just released the first episode of Season 4 (originally released in France in 2018). I began watching Magellan last year, and enjoyed the main character for not only his sleuthing skills, but his parenting and personal tales paralleling the solving of each crime. Take a look at the trailer for the new season below when his ex-wife returns. I just finished the first episode, and found it quite a twister of a mystery to solve. And quite enjoyed. Look for a new episode to be released each week.

Being released next week is Diana Ross’ new album Thank You, and fans are eager to listen. The title track was released this summer. Have a listen below.

If you are looking for affordable, yet stylish fall items from sweaters, dresses, and coats, be sure to shop Boden’s weekend sale that ends on Sunday. Save 25% when you use promo code F9N4. I have shopped a few items below.

If I could, I would. How lovely is this dress?

Making sure the accessories for stylish warmth are stocked in your closet, these maxi scarves offer both a pop of color and an abundance of warmth.

One more scarf that was too timeless not to share.

Now available to stream on HBO Max, the second season of Love Life. Anna Kendrick starred in the first season, but her love story was told, so now the story centers around “Marcus (William Jackson Harper) as he comes out of a years-long relationship and dips back into the dating pool. Punkie Johnson (Saturday Night Live) co-stars as Marcus’s hilariously honest sister.” Have a look at the trailer below and enjoy!

The weekend has arrived and with it, a Halloween weekend. Norman and I will be handing out candy to our neighborhood kids (he enjoys this holiday in particular to be able to say hello to everyone), and I will be spending the weekend enjoying getting out and about. 🙂

The recipe above was intentionally saved for the final episode in this Season of The Simply Luxurious Kitchen cooking show as it is one of my new favorites. Stop by tomorrow for the recipe: Candied Hazelnut Chocolate Tart.

As I shared on Instagram earlier this week, I cannot wait for you all to see the Beaujoulais wine region’s partnership with TSLL. Being released in November/early December, the ad will air with detail glimpses inside my home, life and even going with me to the market in Bend. Below is a photo captured with Norman and I on the front porch, and of course, holding a glass of Beaujoulais wine ;).

This particular weekend is full here on TSLL blog with not only a cooking episode airing tomorrow (be sure to watch the full video to discover when the Holiday Episode will air), but the monthly newsletter will be delivered on Sunday and on Monday the monthly A Cuppa Moments video chat will be shared which will include a Holiday Giveaway to a lucky TOP Tier Member. As well, on Monday there will be a new episode of the podcast (three in November), AND on Wednesday next week, TSLL’s Holiday Gift Guide will be posted here on the blog. Phew! I am exhausted and equally excited just thinking about all that is to come. 🙂

I want to thank you for stopping by today and hope you have a wonderful weekend. Until tomorrow, bonne journée!

~How to be happy [The New York Times]

~Ed Sheeran has a new album out today! Listen to his Tiny Desk (Home) concert here for a listen at some of the track [NPR]

~I found this to be a very interesting article about single and married people here in the states. Look beyond the title of the piece as the writer shares worth understanding statistics and facts regarding tax law as well as the groups that actually share they are happiest [The New York Times]

~For the love of nature and insects that we need in our gardens, return your leaf blower! Leaf blowers destroy the environment.

~Brené Brown has a new book coming out and The New Yorker wrote an interesting profile piece on her Empire of Emotion.

~The art of not taking things personally [Medium]

~Diane of Oui in France wrote an honest and helpful post for anyone considering moving to France – Don’t move to France If . . .

~The disguises we wear everyday and why eventually, we need to take them off [The Atlantic]

~Speaking of France, how to ‘Halloween’ in Paris [Hip Paris]

~And to whet your palate for films worth watching this holiday season, House of Gucci looks too good to miss. Check out the trailer below with its all-star cast (Lady Gaga just to get you started). Look for it in theaters on Thanksgiving.

Are you ready for an abundance of culture, ideas, beauty, and just great items to explore on a Friday? Because here is a full T & T. ☺️ The final season of an award-winning series debuts, a much-anticipated autobiography is released, escape to a French chalet, two French films, sit back and listen to a new Bach album, become a student of your own bias and improve not only your life but others, save money on a favorite French beauty brand, learn about the life of one of my favorite jazz musicians, invest in a gorgeous fall/winter capsule trench coat, add a pair of lovely cashmere gloves and so much more. 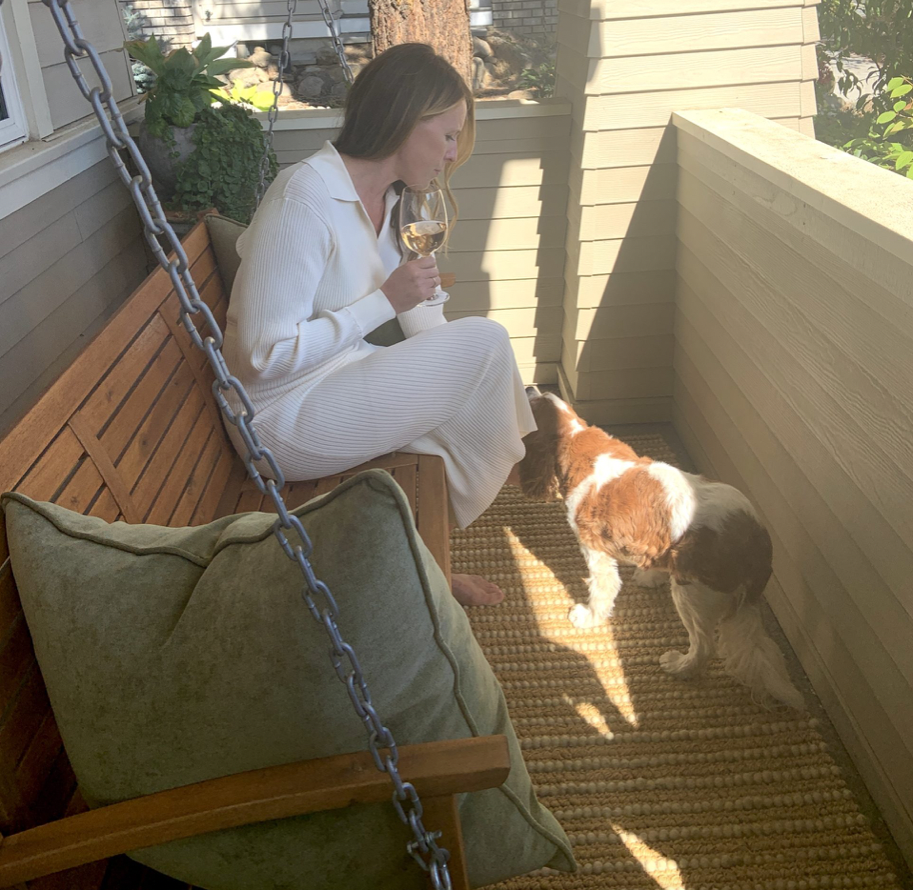