More than a few new films that are must-watch, the loooooong anticipated return of a beloved series, a new app I highly recommend if you do much of your shopping online for keeping track of deliveries, the return of a favorite French mystery series, cozy cable-knit sweaters, three documentaries that explore civil rights, educational pressure for high-schoolers and why did Kenny G become a jazz fan favorite, but loathed by critics? All of that and much, much more.

—The Christmas Bookshop: A Novel by Jenny Colgan

Released in November and already a New York Times bestseller, a go-to read for cosying in for a light-hearted escape. Set in Edinburgh, the main character “Carmen has been laid off from her department store job and now has perilously little cash and few options . . . taking a job with a client of her sister’s to help him revitalize his shabby old bookshop she begins to learn the inner workings of Mr. McCredie’s ancient bibliophile haven and becomes intrigued.”

—Wine Style: Discover the wines you will love through 50 simple recipes by Kate Leahy

Released in July, “Wine Style is the modern, casual guide to finding which wines you love and what foods to pair them with. There are no rules here (especially none of the old-fashioned ones, like “seafood should always be paired with white wine”). Instead, this book is all about helping you explore new terrain in approachable ways.”

Returning to Netflix with two new episodes premiering this Friday, step into the baking tent with favorite bakers from past seasons and enjoy the festive atmosphere. Check out the trailer below.

—Seasons at Highclere: Gardening, Growing, and Cooking Through the Year at the Real Downton Abbey by The Countess of Carnarvon

Released to coordinate with the upcoming release of the second Downton Abbey film (set to premiere in March 2022), Seasons at Highclere includes “full-color photography specially commissioned for this book. The Countess of Carnarvon discusses entertaining for different seasonal feasts and holidays through the year and explores changing tastes and menus, plants and produce grown in the Highclere gardens, the charming menagerie of resident animals, and the traditions of living in the English countryside. Each season brings its own special activities and chores, many ancient, their names often a reference to the traditions and superstitions of country lore. Full of charming ideas and seasonal advice, this book will inspire readers seeking to brighten their approach to living with traditional English country style.”

Premiering today, a film that critics praise, the documentary explores the tennis career of Arthur Ashe and his impact on tennis and HIV activism. Have a look at the trailer below.

—The End of Us

A movie inspired by the events prompted by the pandemic and lockdowns, The End of Us tells the story of a couple who “after a savage breakup, must continue living together when California issues its stay-at-home order for COVID-19.” Have a look at the trailer below and look for it in theaters now.

As a young girl who grew up in the nineties when Kenny G became popular, and then watched as the extraordinary popularity turned into loathing and poking fun, unbeknownst to me as to why, this documentary has my attention. Listening to Kenny G “examines one of the most popular instrumentalist of all time, Kenny G, and why he is polarizing to so many.” Released in theaters today, have a look at the trailer below.

Released this summer in the UK, look for Off the Rails to become available soon here in the states. “Three fifty-something women set out to repeat the European inter-railing adventures of their youth, after their close friend passes away leaving them rail tickets, and a final request: to take her teenage daughter with them.” Have a look at the trailer below.

Filmed “at Lowell High School, the top-ranked public high school in San Francisco, the seniors are stressed out.” A documentary filmed and created by Debbie Lum, Try Harder! “profiles five gifted students as they face the often brutal and rigorous process of college applications”. Released today, have a look at the trailer below.

While I have many episodes to catch up on from previous seasons, on November 23rd, a new season of Murder In . . . was released MHz, a new episode each week for 12 weeks. Travel to a different locale in France in each episode solving murders and getting to know a new detective and their woes each time.

I just learned of a new app that helps you consolidate all of those emails notifying you of the tracking numbers of your purchases and holds them in one space. Phew! Route is free to download and in fewer than five minutes, I had set up my account and all of my current shipments from a handful of different shipping companies were compiled into one screen. So simple and incredibly helpful.

Released in August in coordination with their concert, Lady Gaga and Tony Bennett teamed up one last time to sing favorite Cole Porter songs, and the album is called Love for Sale. Bennett’s Alzheimer’s has since worsened, but as Lady Gaga shared in a recent interview on The Late Show with Stephen Colbert, his ability to sing remains quite strong.

Perfect for the holidays. Simple, classic, chic. (oh, and the dress looks quite comfortable as well :))

A good clutch, not too small, versatile for day or evening, Mansur Gavriel’s soft clutches offer exactly what I would love to have in my handbag capsule.

Cable-knit is a classic choice, and having a turtleneck during the winter months is never a bad idea, especially in a neutral color to pair with denim or pants or simply to cozy up in at night. Shop here or here.

Finally, finally, finally! Next Thursday on HBO Max, the ten episodes of And Just Like That will begin to stream. I. Cannot. Wait. Check out the trailer below. I will be thinking of fellow SATC fans while I watch. It has been far too long since the cast lightened our days and reminded us to enjoy living and making the most of “being fabulous” and embracing the age that we are.

With a bit of a warm streak this past week in Bend, my hellebore became confused and started to bloom. This was the only one thankfully, as the others will hopefully share their beauty in January or February, but oh how seeing this ‘Dark and Handsome’ gorgeousness made me swoon. I miss terribly not being in my garden during the winter months and this made me smile immediately.

Stepping back into the regular schedule this week after a trip to see my parents this past weekend felt nice and while Norman enjoys visiting family, he always loves returning home to his yard, his favorite sleeping spots and his dog-door which gives him much more independence. 🙂

This first weekend of December I look forward to beginning to decorate the inside of my home after working with my mom to create a natural garland last weekend along with a wreath for my kitchen porch and screen door. We had a great time, and while she did most of the work (I watched and learned), the holiday music was playing, a warm fire was crackling and a few naps may have been taken by Norman and my dad while we worked, which made for a memorable holiday moment. 🙂

I hope the holidays have begun well for you also. Be sure to explore becoming a TOP Tier Member and join this month’s A Cuppa Moments conversation as I sit down by the fireplace with the mantle decorated, Norman snoring away and talk about a long list of topics – from books, to peeks of progress on the primary bathroom (not shown anywhere else), films (not yet mentioned on This & That), relationship topics and much more.

Thank you for choosing to stop by today and wishing you a wonderful first weekend of December doing whatever springs to mind to enjoy this time of year. Below I have gathered together articles, posts and two videos you might enjoy. Until Monday, bonne journée.

~How to Stay Motivated for Making Healthy Lifestyle Changes [LifeHack]

~The feminist love story between Julia Child and her husband, Paul [LA Times]

~What to do in Paris this month [Hip Paris]

~10 fantasies to let go of before New Year [Marc & Angel]

~How to be an excellent Gift Giver [Wirecutter]

~Having just received my renewed passport back in the mail, this is good news – Wait Times are coming down for Passport Applications and Renewals~ (mine took about 14-16 weeks, the good news that seems to be the worst of it)

~Quite grateful to hear this, finally – Au revoir to the ‘Perfect Parisian Woman’ Cliché [WSJ, requires a subscription]

~An article to ponder – Does London have better French food than Paris? This columnist thinks so. [The Guardian]

~Yet another favorite series has announced when it will return and it is soon! The Marvelous Mrs. Maisel is back on February 18th. Check out the trailer for Season 4 below.

~Last week a Broadway legend passed away at the age of 91, Stephen Sondheim. On Sunday, countless members of Broadway gathered to pay him tribute and sing one of his beloved songs, Sunday. Have a listen, and especially catch the final words (which are Sondheim’s) shared by Lin-Manuel Miranda upon introducing the song.

(Also, if you haven’t watched tick, tick . . . Boom (Netflix) I highly recommend it. Sondheim is played by Bradley Whitford as he played a significant role in Jonathan Larson’s real-life journey. In fact, the real Sondheim lent his voice to the voicemail Andrew Garfield’s character receives near the end of the movie.) 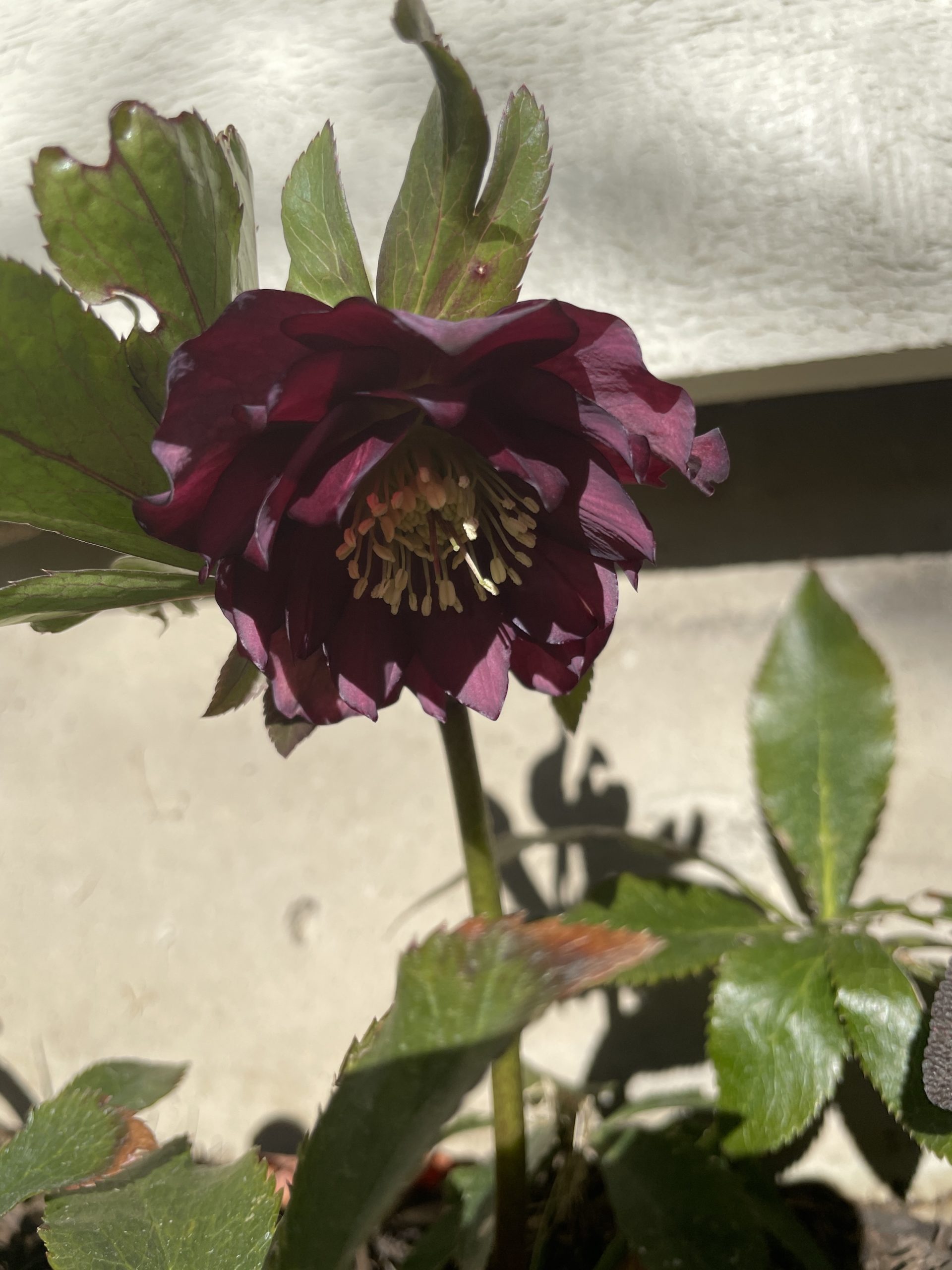