Movies, movies, and more good movies! So many great movies debut this weekend – two of them French, one a remade beloved musical, another a documentary and still two more that have been in the news frequently the past week with top-name stars leading the casts. As well, books to read that you may not have considered but have received rave reviews from critics, a new series on chocolate, cozy sweaters for timeless style and still much more.

—The Book of Difficult Fruit: Argument for the Tart, Tender, and Unruly (with recipes) by Kate Lebo

Samin Nosrat describes Kate Lebo’s new book (released in April), “[a] dazzling, thorny new essay collection”. Running through the entire alphabet and described as a ‘work of unique invention’, difficult fruits serve as the central ingredients of twenty-six lyrical essays (with recipes). What makes a fruit difficult? Its cultivation, its harvest, its preparation, the brevity of its moment for ripeness, its tendency toward rot or poison, the way it might overrun your garden. Here, these fruits will take you on unexpected turns and give sideways insights into relationships, self-care, land stewardship, medical and botanical history, and so much more.”

—The Secret to Superhuman Strength by Alison Bechdel

Included in NPR’s Best Books list of 2021, “from the author of Fun Home, a profoundly affecting graphic memoir of Bechdel’s lifelong love affair with exercise, set against a hilarious chronicle of fitness fads in our times. Bechdel delivers a deeply layered story of her fascination, from childhood to adulthood, with every fitness craze to come down the pike: from Jack LaLanne in the 60s (“Outlandish jumpsuit! Cantaloupe-sized guns!”) to the existential oddness of present-day spin class. Readers will see their athletic or semi-active pasts flash before their eyes through an ever-evolving panoply of running shoes, bicycles, skis, and sundry other gear. But the more Bechdel tries to improve herself, the more her self appears to be the thing in her way.” Looks like a fun, playful read, perfect for unwinding during the holiday season and looking to a fresh new year.

—Trust: A Novel by Domenico Starnone

Released in November and the second book hand-picked from NPR’s Book List for 2021, “following the international success of Ties and the National Book Award-shortlisted Trick, Domenico Starnone gives readers another searing portrait of human relationships and human folly. Pietro and Teresa’s love affair is tempestuous and passionate. After yet another terrible argument, she gets an idea: they should tell each other something they’ve never told another person, something they’re too ashamed to tell anyone. They will hear the other’s confessions without judgment and with love in their hearts. In this way, Teresa thinks, they will remain united forever, more intimately connected than ever . . . Trust asks how much we are willing to bend to show the world our best side, knowing full well that when we are at our most vulnerable we are also at our most dangerous.”

London-based interior designer, Sophie Conran’s home collections are worth perusing for statement yet simplistic items. I have hand-picked the Green Ravello napkins and tablecloths, but there is much more.

Written and directed by Aaron Sorkin, Nicole Kidman stars as Lucille Ball and Javier Bardem as Desi Arnaz in the new film Being the Ricardos. The entire film depicts the production of one full week on the set of “I Love Lucy” and along with the professional journey, the personal truths revealed behind-the-scenes as well. Look for the film in theaters today, and stream it on Amazon Prime on December 21st. Check out the trailer below.

With much buzz surrounding the satirical film written and directed by Adam McKay (Oscar winner for The Big Short) to wake the public up to the all-to-present threat of climate change, Don’t Look Up focuses on the threat of a comet heading directly for planet Earth. The cast is star-studded (Meryl Streep is cast as the United States President), Leonardo DiCaprio and Jennifer Lawrence are the astronomers trying to wake up the world and Cate Blanchett and Tyler Perry portray the non-sensical, ever-happy morning newscasters, just to namedrop a few. Check out the trailer below and watch the film on Netflix today.

Premiering today on Showtime is the documentary The Real Charlie Chaplin. “Hollywood icon Charlie Chaplin rocketed to fame from the slums of Victorian London and spent decades as one of Hollywood’s most famous and beloved stars until his scandalous fall from grace. His stage persona and incendiary media portrayal defined how he was perceived, but his private life has always been shrouded in mystery – until now. Never-before-heard recordings, intimate home movies and newly restored classic films reveal a side to Chaplin that the world never got to see.” Have a look at the trailer below.

Steven Spielberg’s West Side Story rendition premieres today in a theater near you, and audiences have been patiently waiting as its premiere date was pushed back due to the pandemic. Have a look at the trailer below.

A new French film will premiere next Wednesday (December 15th) and stars Grégory Montel (from Call My Agent) as the love-lorn doing all that he can to woo his love Léa into his life. Have a look at the trailer below.

Premiering today, a French film described as both a comedy and a drama takes a look at the unexpected rise in popularity of a French journalist and the downside of living life in the public eye. Have a look at the trailer below.

A new series that premiered on November 26th spotlights world-renowned French chocolatier Amaury Guichon and the eight mentees who compete for a prize package that includes a career-changing opportunity. Have a look at the trailer below and watch now on Netflix.

Cozy up in an oversized scarf made of a wool-blend from BeckSondergaard’s co-founders Lisa Beck and Anna Sondergaard. The Danish designer-duo have created a fashion empire with their contemporary staples offering timeless style and this fits the bill of hygge perfectly.

With a double scoop neckline, and in a statement color perfect for the holidays, pair with a fitted skirt or pair of pants, and dazzle with effortlessness.

Made of light-tan cashmere, a unique cable knit design (more colors available), this sweater is chic and timeless for winter.

Cookbook author and interior design expert Skype McAlpine has a new home collection – Tavola. “With tableware for the everyday, for parties, celebrations and those deliciously long lazy lunches with friends”, Tavola includes dinnerware, serving platters, vases, linens and more. I have hand-picked a few items below, but be sure to check out her entire website.

An everyday shoulder bag in a neutral hue perfect for fall and winter.

The sunshine before the storm of snow. The pic above shares the wreath made with my mom a couple of weeks ago. It hangs on my garden porch screen door, and as I shared in Wednesday’s post about how to incorporate Mother Nature into your holiday decor, welcoming these simple, yet natural touches has become a go-to in my approach to the holidays and adorning the home. Something simple, something natural, and something that brings the garden inside reminding us to work with the outdoor world is something to revel in (and something fairly inexpensive as well).

The past week at Le Papillon was all a bustle, and I am tickled to share that the tile in the primary bathroom is done and grouted! Stop by tomorrow for the monthly Saturday Ponderings . . . as I will share what it looks like – grout and all!! (explore becoming a TOP Tier Member to be able to view the post). Celebrating the progress of the project has been intentional as while it has taken longer than I expected, when each step forward is completed, my appreciation deepens for what is accomplished.

Norman has been a trooper and a favorite of each of the subcontractors (and I am grateful for their kindness extended to him). Each time they walk in the door, he wants to say hello, and if we have been out walking, when we return to the house, he makes sure they know he is back in the house. 🙂

This week’s podcast episode has already become a listener favorite, and while I wish I could have shared this topic sooner as it was one I too greatly appreciated learning about, it is an episode now, and I do hope you enjoy if you haven’t tuned in yet. Look for one more new episode in 2021 on Monday December 20th, and a round-up of the top episodes of the year on the 27th.

And before I wrap up, on Monday I posted on Instagram a timeline of #tsll3rdbook and how we arrived at the point of the final read-through which I began doing on Monday. Thank you to everyone who shared their enthusiasm for the upcoming release. I too CANNOT wait, and this weekend am continuing to finish up details so we can go to publishing and releasing in early Spring 2022.

Now to the weekend, and as I am about to wrap this post up, the snow has begun to flutter about and the sun has begun to fade. I do hope you have a wonderful festive couple of days. Below I have gathered up a handful of articles and one new holiday Christmas song/video I think you might enjoy. Thank you for stopping by, and until tomorrow’s Saturday Ponderings . . . post, bonne journée.

~Josephine Baker is inducted into the French Pantheon [NPR]. Read an in-depth article by Lauren Collins for The New Yorker about how Baker’s son played a significant role in making her induction possible.

~The 16 Best TV Shows of 2021 as decided by The Atlantic (and most were included on TSLL’s weekly This & That post over the course of the year!)

~Traveling to Paris? Now new rules whether you are vaccinated or not – proof of a negative COVID test (Afar)

~Sticking with travel for a moment, if you are traveling from France to Britain, read this to know what you can bring during the holiday season [The Local]

~Anglophiles, here is a list to save – 31 of the Best British Christmas Movies You Can Stream Now [I Heart British TV]

~Did you happen to see Sarah Jessica Parker at the premiere of And Just Like That? Sartorial choices continue to be chosen thoughtfully – learn more about the dress she wore and how she channeled Carrie Bradshaw [British Vogue]

~End of the year lists are beginning to be shared, and NPR shared their Best Books of 2021 (two were included in today’s This & That above)

~How to keep the holidays stress free [Shondaland]

~Speaking of keeping the holidays stress-free, here is a fun new song and video to step into the season from Darren Criss, featuring Adam Lambert 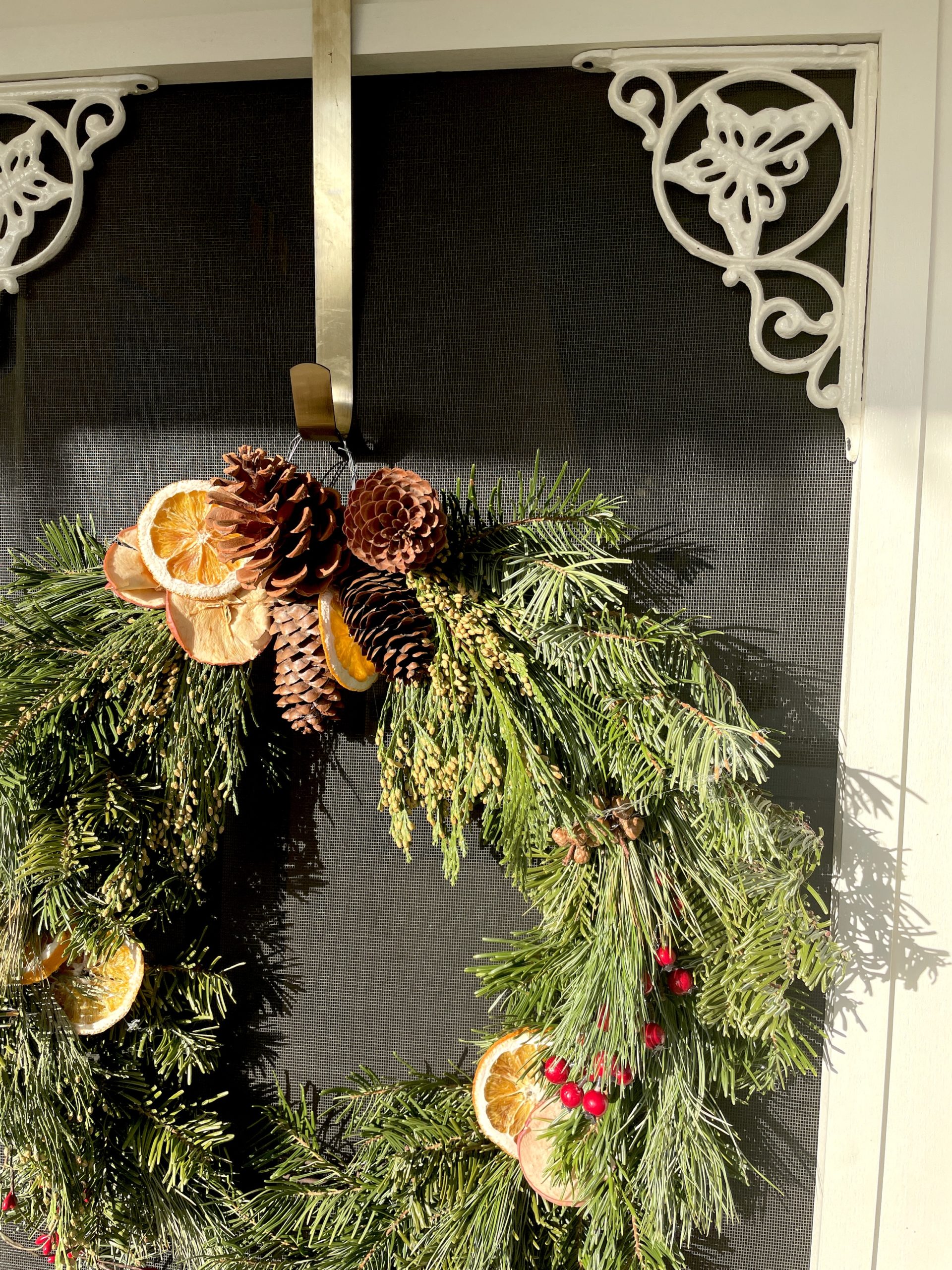