A new Netflix series critics are praising starring Sandra Oh, a favorite duo returns, three top summer reading books to savor the final month of the season, clothing items to prep the fall capsule wardrobe, the U.S. Open is about to begin, so two new tennis books are being released after much anticipation and a new beauty line for a favorite talent in the makeup industry. And yep, there is still more!

—All In: An Autobiography by Billie Jean King

The US Tennis Open Championships begin on August 30th, and just before the final Grand Slam of the year takes place two (see the next book listed in today’s post) much anticipated books are being released focused on two of the sport’s most game changing and awe-inspiring talents. The first and inarguably, the most influential, especially in American tennis, but arguably for the entire sport is Billie Jean King. Her autobiography was released earlier this week on the 17th.

—The Master: The Long Run and Beautiful Game of Roger Federer by Christopher Clarey

Being released on August 24th, while one of many biographies about Roger Federer, New York Times correspondent Christopher Clarey’s was given unprecedented access “to the man himself, his support team, and the most prominent figures in the game, including such rivals as Rafael Nadal, Novak Djokovic, and Andy Roddick. Sitting down with Federer and those closest to him to tell the story of the greatest player in men’s tennis”, Clarey, who has covered Federer since the beginning of his professional career – present at Paris on the Suzanne Lenglen Court for Federer’s first Grand Slam match and has interviewed him exclusively more than any other journalist since his rise to prominence, tells the story of Federer’s life and career on both an intimate and grand scale, in a way no one else could possibly do.”

—The Perfume Thief: A Novel by Timothy Schaffert

A current summer-read best seller, Timothy Schaffert’s novel The Perfume Thief set in Europe 1941 has been described as A Gentleman in Moscow meets Moulin Rouge. Hmmm . . . okay, call me most intrigued. “Clementine is a seventy-two year-old reformed con artist with a penchant for impeccably tailored suits. Her life of crime has led her from the uber-wealthy perfume junkies of belle epoque Manhattan, to the scented butterflies of Costa Rica, to the spice markets of Marrakech, and finally the bordellos of Paris, where she settles down in 1930 and opens a shop bottling her favorite extracts for the ladies of the cabarets . . . Complete with romance, espionage, champagne towers, and haute couture, this full-tilt sensory experience is a dazzling portrait of the underground resistance of twentieth-century Paris and a passionate love letter to the power of beauty and community in the face of insidious hate.”

—The Coldest Case: A Bruno, Chief of Police Novel (16th in the series) by Martin Walker

I know many of TSLL readers enjoy Martin Walkers capers set in the Dordogne region of France, and this summer he released the latest in the series of Bruno, Chief of Police. “An anonymous skull, an unsolved murder, sinister rumors from the Cold War era of espionage—Bruno’s investigation into a long-standing cold case finds him caught between an enigmatic winegrower and a menacing Communist organization from the past.”

If you enjoyed the recent documentaries on Netflix (as shared in past This & Thats), Made You Look and This is a Robbery, this is the book for you to conclude a lovely summer reading schedule. Past and present mingle as the author Santlofer reminds of August 1911 when “the Mona Lisa is stolen by Vincent Peruggia. Exactly what happens in the two years before its recovery is a mystery. Many replicas of the Mona Lisa exist, and more than one historian has wondered if the painting now returned to the Louvre is a fake, switched in 1911.”

Now, step into the present: “Art professor Luke Perrone digs for the truth behind his most famous ancestor: Peruggia. His search attracts an Interpol detective with something to prove and an unfamiliar but curiously helpful woman. Soon, Luke tumbles deep into the world of art and forgery, a land of obsession and danger.” I think this book will be arriving at Le Papillon sooner rather than later. 🙂

Simple, timeless, functional and beautiful. A tray for food or decor or both!

I so appreciate Vive et Margot’s taste. Having a colander is a must, and also fun to add as decoration in the kitchen. There are still two 9″ copper old Dutch colanders available and at a fair price for something you will likely have for your lifetime.

The straight-let is the style for denim this fall, and as Frame is a trusted French brand I look to whenever I need to spruce up this piece of my capsule wardrobe, their Le Italian design (and the wash as well) caught my eye. Absolutely classic and incredibly versatile, an investment, but one you will have for years.

This particular style does not have much give as many of their other designs – 85% Cotton/15% Re-Used Cotton – and they recommend dry-cleaning it, which means a quality item that will hold the silhouette you expect from day one for years to come.

Taking the classic market tote up a notch, this leather-handled straw tote is one to keep on hand for many years.

Fall is just around the corner (did you check out this month’s Outfit?), and this retro sweater would work well for casual or work attire. Pair with denim or a skirt, even dress pants, and it sharpens the entire ensemble.

Bobbi Brown is back. After the twenty year non-compete clause ended, she has launched her new beauty line that is all about her guiding premise, letting us look like ourselves and not hide behind our makeup. In other words, no-makeup makeup. As a fan of her original line, I wanted to explore Jones Road Beauty, and perhaps you will want to as well. Her Miracle Balm is a best-seller, and with the guiding premise that the world already has enough beauty products, they just need better ones, I am definitely checking this new brand out.

Critics are raving about Sandra Oh in Netflix’s new comedy series The Chair. Newly hired as the head of the English department at a fictitious college, Oh’s character stars in what is being described as “a sophisticated comedy, written with sympathy as well as satire”. Have a look at the trailer below and watch the series now on Netflix.

To my surprise and delight last Friday, I discovered four new episodes of Grace & Frankie dropped on Netflix, and I gobbled them up far too quickly. In their final season, Lily Tomlin and Jane Fonda return with the original cast to conclude what has been a wonderful series. And good news! If you were or will be like me and watch all four episodes in a matter of days, this was only Part One of the full season. The remainder will air in early 2022, so stay tuned. Check out this short video released last week from the leads.

Grace and Frankie fans, we have something special for you — four new episodes from Season 7 are now streaming!

And more episodes are on the way! pic.twitter.com/XYPZuvyI9A

The middle of August has come and gone, and hints of autumn seemingly arrived in a matter of hours here in Bend. On Monday, 90 degree temperatures. On Tuesday, mid-60s. What a difference!

The boys and I went to the coast for one night, simply to enjoy fresh air as it has been smoky and had been hot here, and that part of the trip was exactly what I had hoped. I will be sharing more videos of this excursion on the coast in September’s A Cuppa Moments, and you can see one more pic of Norman here.

The sunflowers in the garden here at Le Papillon are dazzling me this year, and while many seeds were enjoyed by the birds in May and gave their nourishment to my beloved feathered friends, some were able to seed themselves and share their beauty as the Limoncello sunflower above (only one of these popped up, so I was tickled to see it).

On the bathroom front, the clawfoot in the guest bathroom is in! After the help of six different people, it is situated where it will forever be, and we are now waiting on a plumber to install. Sooooo close I can just imagine the hot bubble bath around the corner!!

Before I wrap up, I want to thank everyone who stopped by last week during French Week. As I shared on Sunday, the week could not have been more of a success of engagement, exploration of different small and beloved French companies and slipping away to a culture so many of us hold dear. The week that follows often finds me more exhausted than I expect, but the delight from being able to reach out to the giveaway winners and reading their excitement when they learn they have won, well, that just makes me smile more than I can accurately describe. As well, reading your comments as the week concludes buoys me until I get my energy back, and I am grateful for each and every reader who visits our community here at TSLL.

Thank you for choosing to stop by this week, and wishing you a wonderful weekend. Bonne journée.

~I greatly appreciated reading this article and now have hard evidence to pushback when people say, it comes with your age (now that I am in my 40s). Truth is, it’s not my age, it’s how well we take care of ourselves. Talking about metabolism here – What we think we know about metabolism may be wrong [The New York Times]

~The Met Gala will take place in September this year, and Amanda Gorman will be one of the co-hosts. Her excitement in accepting the role is worth reading as it pertains to bringing together literature and fashion [The Guardian]

~Where to go for wellness in Paris [HipParis blog]

~I am about a month ahead of the release of this film starring Michael Caine and Aubrey Plaza (September 17th), but I cannot wait to watch it. Check out the trailer of Best Sellers

Catch up and read last week’s This & That: August 13th – the annual French Edition

Soooo many great new French films, a new exhibit in Paris of an American photographer, a recommended French beauty product, French épicierie items available in the states, two podcasts to listen to, virtual tours around Paris with wonderful guides (they’re free! the tours, the guides are not for sale ;)), an old favorite book and a new upcoming book, online classes for language learning, beautiful French cashmere sweaters and much, much more. 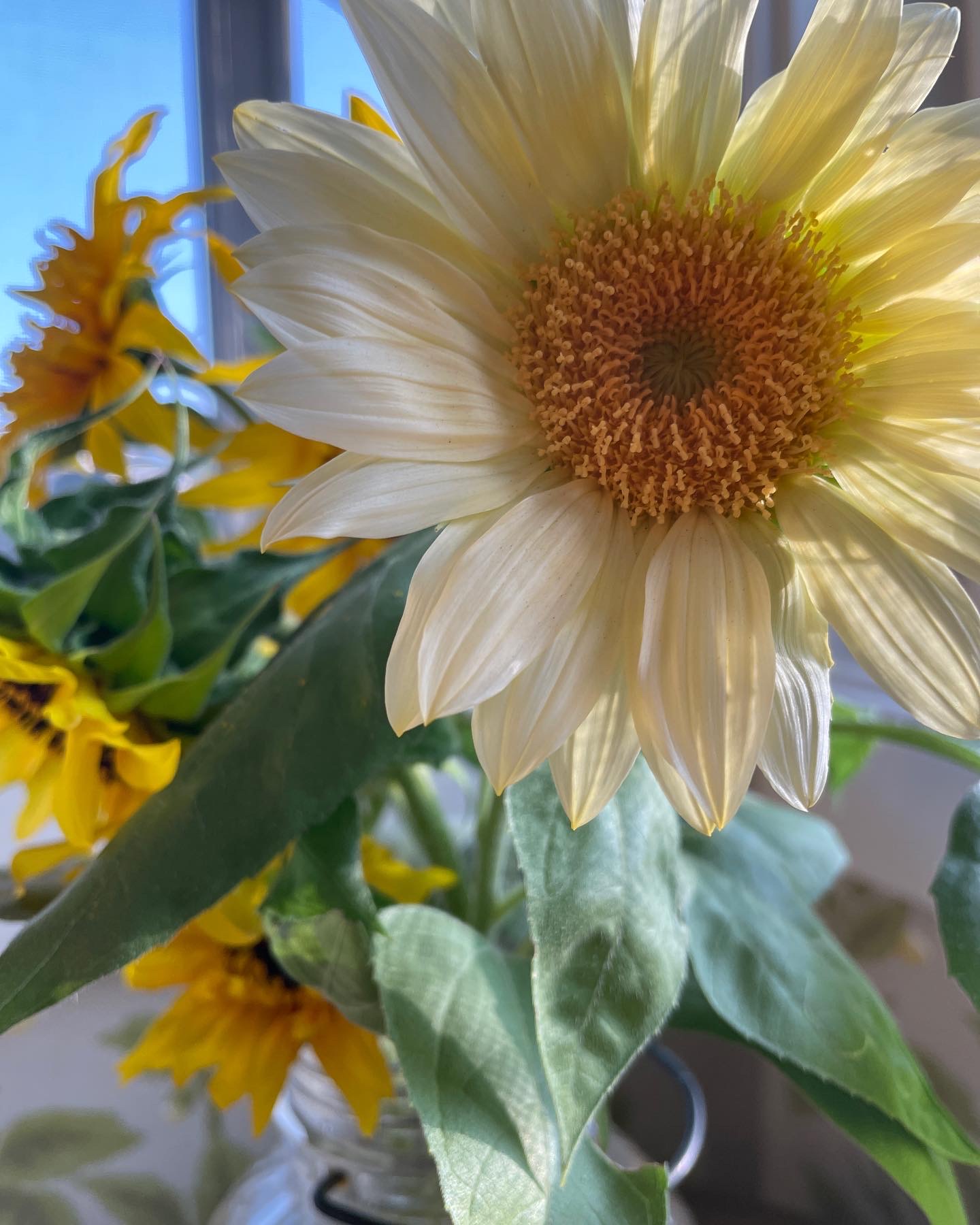